Samman's Corner - Getting the Call

In his first column for UFC.com, middleweight Josh Samman gives a look into what it means to get the call for a fight on the largest stage in the world. 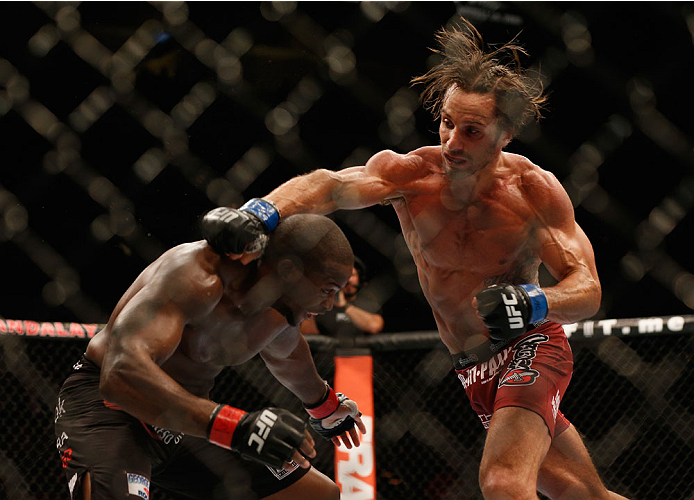 A fighter’s life is a seasonal one.

I’m on vacation, in the elevator of a small casino outside of Breckenridge, Colorado. The week has been a relaxing one, brimming with local food and breweries, and the man in town square who has been playing Led Zeppelin on his acoustic guitar nonstop for days.

MMA is the last thing on my mind as we’re headed down to the garage, and I’m scrolling through Twitter on my phone. An image catches my eye.

Well I’ll be damned. My heart skips a beat.

I’m still digesting the last fight, and the first thing I’d asked UFC matchmaker Joe Silva after that bout was if we’d be visiting Florida again this year. He didn’t know at the time.

That fight, on July 12 against Caio Magalhaes, was rumored to be at the Hard Rock in Hollywood, Florida, a mile from my house. The previous year, I was slated to fight the same opponent at the Amway Center in Orlando, the place where I just got news of the UFC returning. I suffered a hamstring injury before the fight, and had surgery a week prior to the event. I made the mistake of still going to the fights, seething with jealousy at all the athletes that had made it to their bouts that night. I felt pathetic, crutching around the arena, having to readjust my seat every few seconds on account of the stitches in my ass.

Fate has a funny way of coming around. It’s my dream to fight in the UFC in my home state of Florida, and for a third time in a little over a year, it again becomes a possibility. I text Joe and tell him how much it would mean for me to be on the card.

“I’ll do my best.” Always short answers from Joe.

I call my manager, Gary, next, and reiterate the above request. He reminds me that we’ve done pretty darn well the last two times out when asking for dates, and he assures me it’ll happen. He asks me if I have anyone in mind. I take a few moments to look at the Fight Matrix middleweight rankings. The objective here is to find a fighter ranked higher than me that I can style on. Rafael Natal pops out as an obvious candidate.

I try to pick a fight with him on Twitter, but he’s not biting. He responds with some halfhearted replies, and it becomes apparent that he is not interested. He privately messages me to tell me he’s injured, and he wishes me luck in my next bout. He’s gentlemanly, and I think to myself how an outsider would not believe that this is how things worked behind the closed doors of caged prizefighting.

I’m content fighting whoever wants to weigh 185 pounds the day prior, as long as it’s on events that interest me. Each trip to the cage is an extremely limited experience, and I want them to all be as meaningful as possible.

I go for a long run that night, fighting every middleweight on the UFC roster in my mind. I don’t even know who I’m fighting, but preparations have begun.

The next stop on my newly interrupted vacation is Yellowstone, Wyoming. My trip around the park offers scanty pockets of cell phone service, in which I’m incessantly checking my phone for word of a fight. I’m easily consumed by such things.

After Yellowstone is Aspen, which is not much better for cell service. The next few days hold the primary objective of my whole trip west; to climb to the top of Maroon Bells. 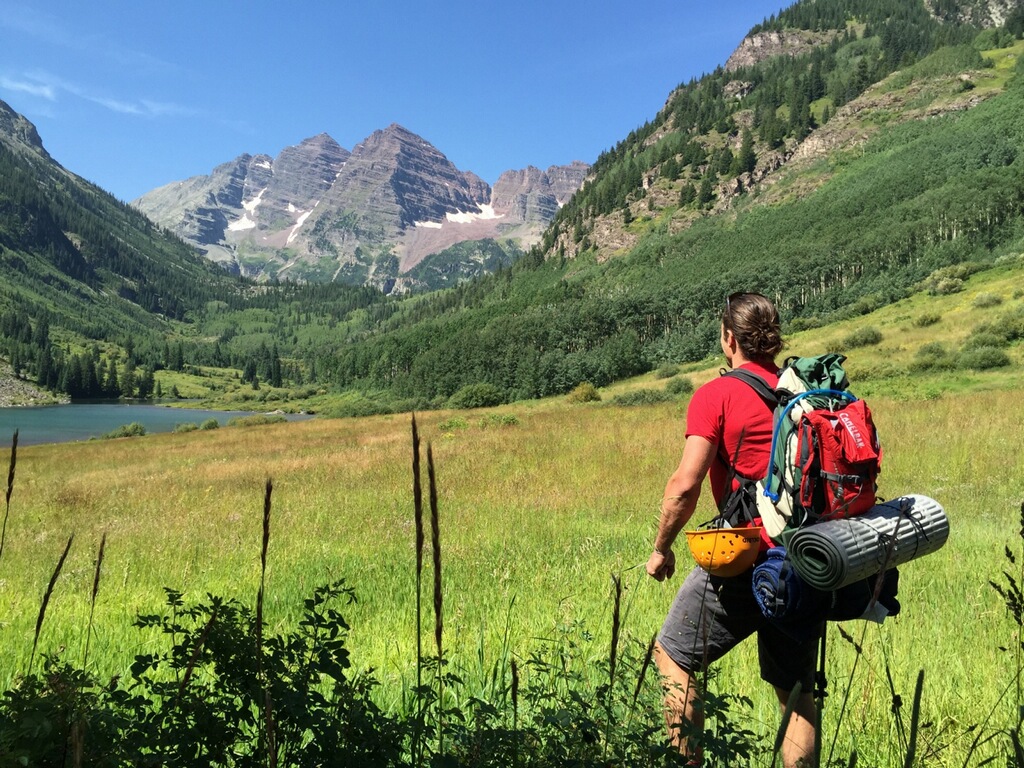 I manage to get my mind off Orlando, and on the task at hand. The vastness of the landscape reminds me that we are but a speck on the plane of space and time and, if only for a couple days, the world below and its happenings seem trivial.

The mountain and I have history. I’d tried to get to the top of this thing last year. I failed, and when I returned, the first phone call I got was news of my stepfather’s death. That day was a rotten one.

This year is different. Better. I conquer what had beaten me before, and come home to good news.

“We got it,” the first words out of Gary's mouth as he answers the phone.

Deja vu of the elevator, another spike in heart rate.

“Look him up. You’ll remember him.”

I can always recall where I’m at when I first hear of my next fight. It’s easy to remember, because it’s the moment that it becomes difficult to think about anything else.

For months I’ll be watching and rewatching video of a man on my computer screen. I’ll text any and every friend that I consider an expert and ask them for their thoughts. I’ll call my coaches several times in the first few days, talking about the same things over and over; how I want to finish the fight, what I’d like to strengthen in the training camp.

I’ll return home, and binge eat and drink with the same love for excess that I’ll carry into my training. I’ll have my last few steak dinners, and nights of beers and debauchery with friends. My social life will soon diminish, personal relationships neglected. There will be work, and rest, and more work. There will be no play.

I’ll draw inspiration from all around me. I’ll study other fighters, to see what’s working for them at the highest level. I’ll watch my own past fights, to see what I can improve. I will learn and grow more than I ever would have were it not for the sport.

For the foreseeable future there will be nothing in my life that does not have to do with mixed martial arts. My commitment to it will make me love and hate it with all my heart. I’ll have nightmares of losing in front of millions watching on television. I’ll have dreams of winning in dramatic fashion in front of thousands of my fellow Floridians.

The sauna, and the weight room, and hovering over puke-filled trash cans, and hooked up to electronic stim recovery machines, and every other form of hell, will all become daily routine. Life will become a series of repetitions, blurred into weeks and months of sweat, pain, and exhaustion. I’ll become irritable and narrow minded, clouded by tunnel vision as the task draws nearer.

And then, in an instant no longer than 17 minutes, it will all be over. Thus, a fighter’s life becomes a seasonal one.

The pain from the fight may linger for weeks, but I’ll work myself back into normal life, one that doesn’t transform my body into a tool of destruction, feeding on derailed dreams of opponents.

I’ll revel looking back at my months of delayed gratification, as it all becomes more immediate after the fight. I’ll go back to my steak and beers. I’ll return to a less psychotic gym schedule, and enjoy my time there again. I’ll catch up with friends and family.

Life will be more pleasurable, at the cost of feeling a bit lost, if I’m being honest.

Until the next time I get the call.