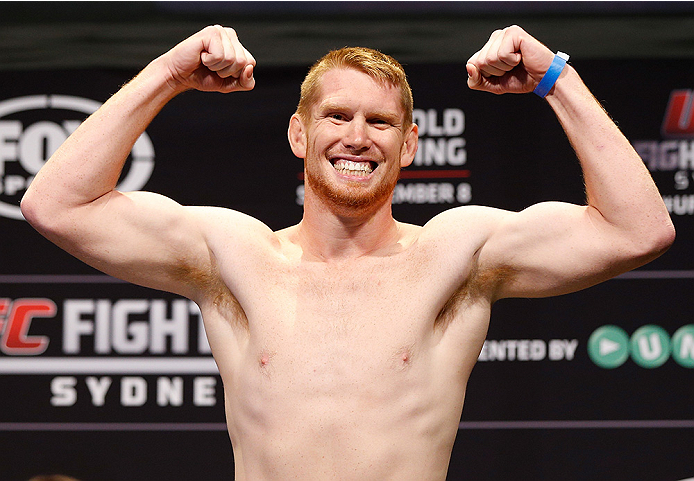 When Sam Alvey scored a knockout win over Dylan Andrews last November in Australia, it was the culmination of years of blood, sweat and tears for the 28-year-old Milwaukee native.
“It’s a big weight off my chest,” he said. “I needed to win it. For the rest of my life I can say I have fought in the UFC and knocked somebody out in the UFC. I’ve done that in just about every organization I fought for, and this is the UFC, the NFL of fighting, and I succeeded.”

One organization he didn’t do that in was Chihuahua Extremo, and when I point this out to the middleweight prospect, he turns from “Smile'N” Sam to “Laughing” Sam.

“No, but I did win that fight 30-24 or something,” he says of his November 2011 decision victory over current UFC welterweight Augusto “Dodger” Montano in Chihuahua, Mexico. But as with a lot of things having to do with Alvey, there’s more to the story than a line on a won-loss record.

Owner of a 15-3, 1 NC record at the time, Alvey had moved to California to make fighting a full-time gig, something he never expected it to be when he first put gloves on.
> See Sam Alvey's fighter profile

“I had moved to California, so I intended it to be a career, but I don’t know if the UFC was in my vision yet,” the Team Quest fight team member said. “When I started fighting, I didn’t know it was a thing I could do and make a living at. I just started because someone said there was a cage and they’d let me fight in it. Eventually they said ‘we’ll pay you if you fight in that cage.’ That’s fantastic. (Laughs) And somewhere along the line, it became a career. I moved out to California, and that was the final straw where I knew I had to make it big. And Chihuahua fit my timeline. I didn’t have anything coming up and I was only a little injured.” 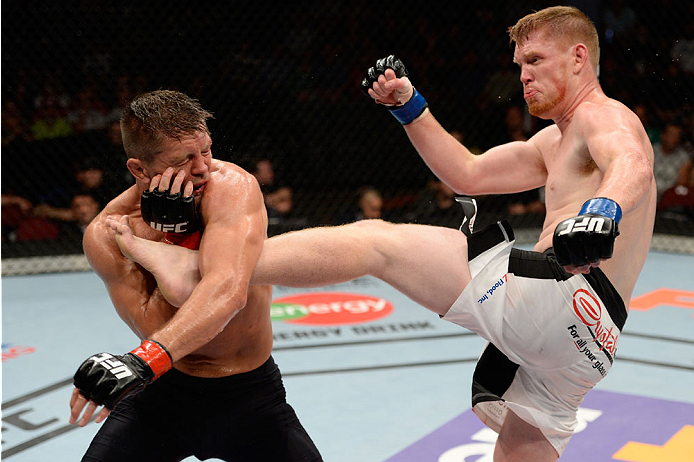 For Alvey, one of those individuals it’s safe to describe as a “real” fighter, a “little injured” meant a torn hamstring. In the fight game, that’s not unusual. What is unusual is fighting with one, and in Alvey’s case, he didn’t get it in the gym.

“It was a Thursday night,” he explains. “I worked at a bar, and they had a bikini contest, so I ended up getting down to my underwear and dancing. And I did the splits and felt my hamstring go ‘pop.’ The next day I got the call. ‘In two weeks, you want to fight?’ Okay, I’ll do it.”

“I’ve had a real simple philosophy with my career – if it’s offered, I’ll do it.”

He fought Montano with one bad wheel and still won the fight. He didn’t get his knockout, but not for a lack of trying.

“I just kept dropping him but I couldn’t change levels and couldn’t drop on him because I didn’t think I’d be able to stand back up,” he said. “But it was one of my favorite fights.”

Three wins and one loss later, Alvey was introduced to the world of reality television through his stint on season 16 of The Ultimate Fighter. He went 1-1 on the show, knocking out Leo Kuntz and dropping a majority decision to Joey Rivera. A decent run, but on a season where the only fighters getting a call to the big show for the finale were finalists Colton Smith and Mike Ricci, Alvey didn’t make the cut.

“I was sure I was going to get the call saying ‘all right, you’ve got one more shot,’” he said. “And then it didn’t come, and I was heartbroken.”

It was back to the local circuit, yet after a five-round decision loss to Elvis Mutapcic in Canada’s MFC promotion in February of 2013, Alvey ran off four wins, three by knockout, and he was going to get his shot in the Octagon. Better late than never.

“I kept my nose to the grindstone, signed with the MFC, and they put me through four of the toughest fights of my life,” he said. “And I’m here now, I made it. I earned my shot, I’m not just a reality show star who made it because I was on the TV show. I made it on my own merits and just happened to also be on a TV show. In the end, it worked out for the best. I got a little more experience, I got a little more seasoned, and if you look at the UFC roster, I’m one of the most experienced fighters there. So it was a blessing in disguise.” 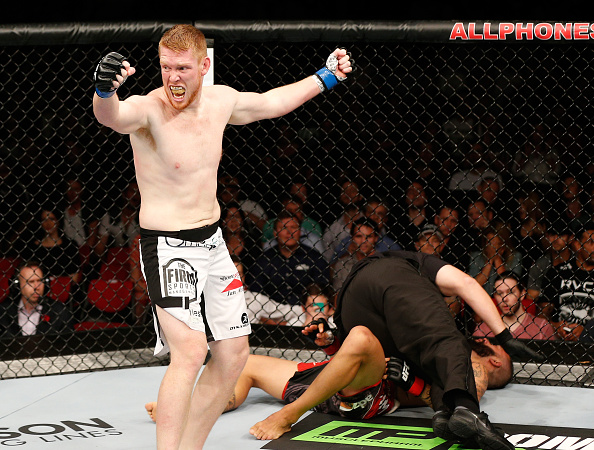 In the UFC thus far, Alvey has matched his output from TUF 16, as he lost a decision to Tom Watson in his debut last August and bounced back with the knockout of Andrews last November. Now it’s time to go over the .500 mark against former TUF Brazil winner Cezar Ferreira in Porto Alegre. It’s not an easy task no matter how you slice it, whether it’s battling a multi-talented fighter in Ferreira, or dealing with a Brazilian crowd screaming for his head. Not surprisingly, Alvey is looking forward to it all, and just as in Australia, he will have his family with him to take it all in.

“I have fought many places where they’ve booed me at the beginning of the fight but cheered me by the end, and that’s the goal with this one,” he said.

That positive way of thinking isn’t just for his day job, but his life, and Alvey’s enthusiasm can be infectious. For him, it’s not all doom and gloom leading up to a fight; he’s having fun with everything, and he wants everyone along for the ride. Does that make him a young man with star potential? Oh yeah.

“I try and fight the way I live my life,” he said. “I’m a happy guy, I work hard at whatever I’m doing, and I think people can relate to me. I’m not above people in any way. So yeah, I could see myself making a splash. In the fight game you’re only as good as your last win, so I’m hoping to win in this next fight and then we’ll see where it goes.”

Just expect him to be smiling every step of the way.

“I always remember that I get paid to do something I’d do for free,” Alvey said. “I’m getting paid to fly across the world, experience a culture I never dreamt I’d be able to experience, and, on top of getting to do all that, I get paid to do it. I get to do it with my family, with my friends, I’ve been truly blessed by the good Lord, and there’s no reason in the world why I should be frowning. Smile'N Sam is who I am.”
> Check out the full UFC Fight Night: Bigfoot vs. Mir fight card