Sakuraba tabbed to join UFC Hall of Fame in 2017

Kazushi Sakuraba will be inducted into the UFC Hall of Fame on July 6, it was announced during Saturday’s UFC 212 Pay-Per-View event. The Japanese MMA icon, who won a UFC heavyweight tournament in 1997 before becoming the biggest star of the legendary PRIDE FC organization, enters the UFC Hall of Fame as a Pioneer Era inductee.

Sakuraba was a natural lightweight whose talents were so vast that they not only towered above the greatest welterweight and middleweights of his era but – astonishing as it is to recall in 2017 - also allowed him to compete and even defeat some of the best fighters in the light heavyweight and even heavyweight divisions.

He also defeated Renzo Gracie, a who’s who of Japanese MMA and, in his one night as a UFC fighter, became one of the first fighters from outside the discipline to tap out a BJJ black belt in Marcus “Conan” Silveira.

Speaking from his home in Japan, Sakuraba, now 47, said, “When I stepped into the Octagon 20 years ago at UFC’s Ultimate Japan tournament, I never could have dreamed at that time that one day I would be invited to join the other legends in the UFC Hall of Fame. 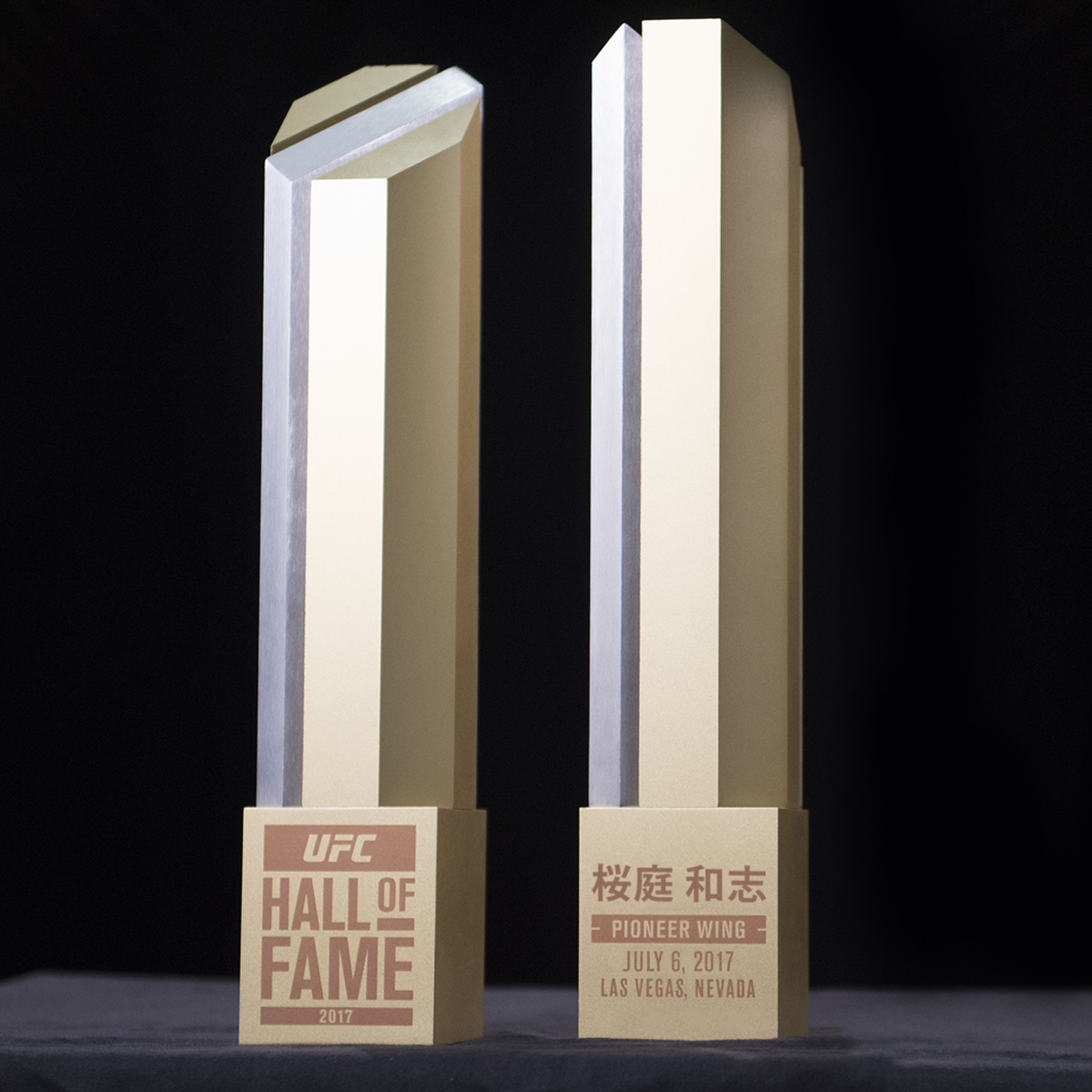 “It is my wish to share this honor with everyone in the Japanese martial arts world that, through PRIDE, helped establish an era in fighting sports. I gave everything I could in the gym to perfect myself and my technique so that I could give the fans the kind of spectacle they deserved. I believe in my heart this was my purpose in life - and I never stopped pushing the limits of what I can do.”

It is curious to note that while Sakuraba was a ranked amateur wrestler who’d been trained in the art of catch wrestling by the fabled Billy Robinson, his first love was pro wrestling. In fact, only Saku entered the UFC Japan tournament to give his pro wrestling career added publicity.

The ploy worked, kind of. In the final, Saku tapped out the monstrous BJJ black belt Silveira, but instead of boosting his pro wrestling career, the UFC win drew the attention of the promoters behind the newly-formed PRIDE Fighting Championships.

At the time, the Gracie family had an aura of invincibility around them. Royce Gracie’s success in the UFC had introduced a new audience to the Brazilian jiu-jitsu legends and the mythology that the entire clan had gone undefeated since 1951. That was when Japanese judoka Masahiko Kimura beat Helio Gracie in an infamous no-holds barred match; tenured UFC fans will know the modern MMA term “kimura” is used to describe a double wristlock that ended the fight.

At PRIDE FC 8, history thundered an echo as a Japanese fighter used a kimura to defeat a Gracie.

Sakuraba was an overnight national sensation – and the Gracie Family was overcome with anger. After months of protesting that the referee had no business stopping the fight, they decided to send in UFC legend Royce Gracie against Sakuraba – but only if Sakuraba agreed to even more special stipulations.

Japanese MMA historian Dave Meltzer (Wrestling Observer/MMAFighting) explained, “It’s insane the Royce Gracie vs Sakuraba fight even happened. They were fighting as part of the PRIDE 2000 Openweight tournament but the Gracies came at the last minute with all these demands. They insisted Royce could wear the gi, thinking he could use it as a weapon. They insisted on no judges, that the referee and even the ringside doctor couldn’t stop the fight. But the craziest thing they insisted on was no time limit – the fight would go on until one of them quit.”

Sakuraba agreed to every single caveat and rule change, knowing full well all of them were designed with his defeat in mind.

On May 1, 2000 and over 90 minutes, the two submission experts leeched the life-force from the other in a fight unlike any we will see again. Gracie had his moments, but never came close to trapping the Japanese fighter in a submission. Slowly, and somewhat unbelievably, but surely – Sakuraba took over.

Meltzer said, “There came a point where it was clear Royce wasn’t going to quit, no matter what. A lot of people thought his leg was actually broken, but he fought on. Eventually, though, he was exhausted, and long after everyone else thought Royce had gone beyond the point where he had any chance of winning, Helio Gracie ordered the towel to be thrown in. Ultimately, the love of a father took over and the fight was stopped.”

But – incredibly – Saku wasn’t done. Despite fighting – and winning – the longest MMA fight of the 21st century, he returned to the ring just one hour later to take on elite heavyweight Igor Vovchanchyn – who was 41-2 at the time. He won the opening 10 minutes before – after 100 minutes of fighting – his gas tank finally ran out.

As Sean Shelby, UFC Senior Vice-President of Talent Relations, said, “The terms ‘warrior’ or ‘Samurai spirit’ don’t even begin to describe what Kazushi Sakuraba had. He is one of the most expressive, innovative and greatest martial artists of all time.”

While Sakuraba’s legend was built upon his uncanny ability to take on and even defeat elite level fighters who had him by 20, 30 and even 40 pounds, it is impossible not to wonder if we never got to see him at his very best.

UFC President Dana White, an unabashed fan, said in 2013, “Sakuraba is one of my favorite fighters of all time. He fought way too far outside his natural weight class. It’s one of the great unanswered questions – could this guy have been the greatest of all time if he’d have fought in his own weight class his entire career? He was a national treasure, but they kept putting him in with guys 50 pounds bigger than he was.”

History may never decide whether Kazushi Sakuraba was an even greater fighter than any of the pound-for-pound legends of the sport. But none can argue he hasn’t more than earned his place among their number in the UFC Hall of Fame.