Saki comes into UFC 226 'from a different planet' 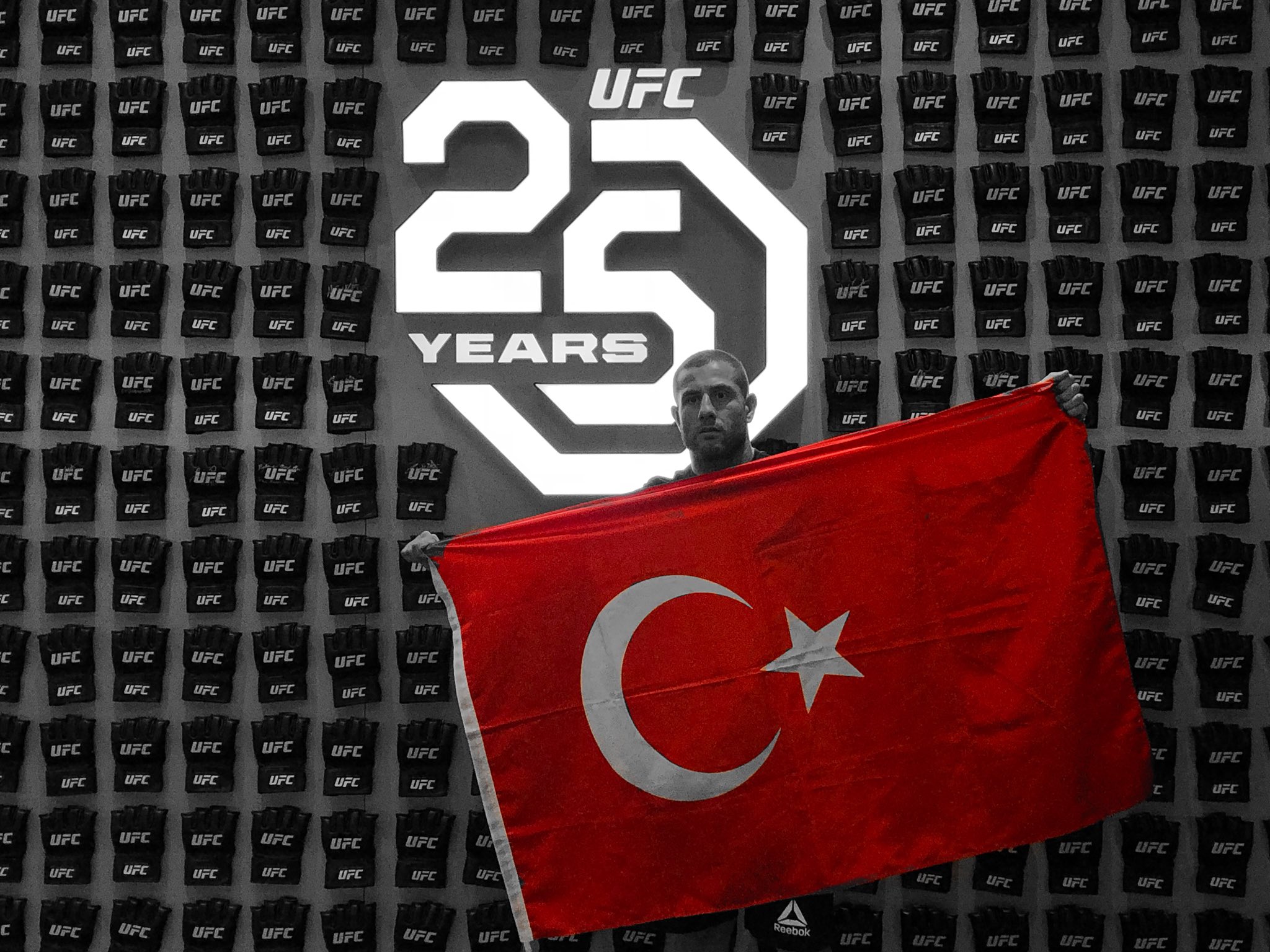 When Gokhan Saki talks about striking, it’s wise to listen. It’s the respect that someone gets after 83 pro kickboxing victories, numerous titles and fights with the best of the best between the ropes.

So what’s the difference between a striker like Saki and everyone else?

“You tell me,” he chuckles. “You know my fighting style. It’s the speed, the explosiveness, the aggressiveness, but, at the same time, the intelligence in the fight. I'm an all-around fighter. And I don't like to say these things about myself like this, but you asked me the question. I am the hardest worker in the room. I always train so hard, I always spend so much time watching videos and I take from every good fighter the best thing out of it. And I train every day. That makes me special and who I am now. When Saki fights, a hundred percent something will happen.”

Accurate on all accounts. But if I can interject, a striker like Saki is almost like a master chess player, able to see multiple moves ahead of his opponent when it comes to the standup game. I let him know my thoughts.

“Next time, don't ask me this question,” he deadpans. “You understand exactly. They try to strike, I am a striker.”

If I had gloves on and was about to face the 34-year-old Saki, I’d probably be taking them off right about now. When talking about the art of punching and kicking, he has a way of explaining things and describing what he can do with his fists and feet that make you wonder why anyone would agree to fight him.

Yet Khalil Rountree Jr. didn’t just agree to fight Saki this Saturday in Las Vegas. He signed on the dotted line and he’s determined to send “The Rebel” back home with his first UFC loss. But Saki isn’t too worried about Rountree or any other opponent for that matter. And when asked for his thoughts on the former Ultimate Fighter finalist for his UFC bio update, he didn’t mince words.

“What does he bring to the table?” Saki asked. “He is not an expert in anything, not in striking, not in wrestling, not in jiu-jitsu or whatever, so when you bring nothing to the table, there is no seat for you at that table. Look at my record, my experience, I have like 100 professional fights. In a blink I see which weak spots a fighter has and with him I see a lot of weaknesses. You can’t train that. It’s too late, I’m already here.”

That may be the written equivalent of a left hook to the liver. And while some would just call it gamesmanship, winning the mental game is a key to any fighter’s success, including Saki’s.

“It's really important,” he said. “I have over a hundred professional fights and I've been through these mental games in my sport life and in my private life. This is me, and Khalil is Khalil, and what I'm saying is the truth. It's really hard for him to read this and it's really hard to understand this. The mental game is part of the game, it's a part of life, it's a part of fighting. I'm not saying something to get in his mind, I'm just telling the truth. Yesterday I was at a pool party and he was hyperventilating at the press interview. He can't handle the pressure. He will crack.”

Saki’s confidence in his striking is well-earned. But remember that in MMA, he is just 1-1 and still adjusting to the UFC Octagon, where he won his debut in September with a Performance of the Night knockout of Henrique da Silva. Since then, he’s been on the sidelines due to injury, but once he received the green light to return, fans have been ready to see him do his thing once again. And that support is not lost on Saki.

“I stopped kickboxing at the highest level,” he said. “Everybody is still talking about my kickboxing career and everybody wants to see me come back to kickboxing. But I want to do the same thing in mixed martial arts. The title is very important for me and I would love to get the title ASAP. But I will choose what people want because I want to give people what they want. I want to fight the big guys; I challenge myself all the time and I'm ready to fight big guys in MMA too. But my fans always supported me and they want to see more of me, so I will deliver and deliver and deliver.”

Does that mean another knockout at UFC 226?

“It's a great card with great fights and I want to give my fans what they want – a knockout, one hundred percent,” he said. “Why is everybody talking about my fight? Because people want to see real fights. Some people say Khalil has sick standup fighting. They don't understand what standup fighting is. But the people who talk to you about my fight, they understand. They're the people who were following K-1 and following Glory when I was fighting with them. I am coming from a different planet, the standup planet, and my standup you can't compare with somebody's standup in the UFC.”