Said Nurmagomedov Is Hungrier Than Ever

After A 15-Month Layoff, UFC Bantamweight Said Nurmagomedov Is Eager To Get Back Into The Octagon And Resume His Climb To The Top
By Zac Pacleb, on Twitter @ZacPacleb • Jan. 20, 2022

Time is of the essence for Said Nurmagomedov in Anaheim.

Making his first appearance since October 2020, the Dagestani bantamweight wasn’t able to capitalize on his first-round knockout of Mark Striegl. He jokes that the fight was so short – 51 seconds, to be exact – that he wasn’t really able to take anything away from the bout. That, paired with visa issues and other COVID-related problems that kept Nurmagomedov out of the Octagon, has him itching to get back in the cage at UFC 270: Ngannou vs Gane. 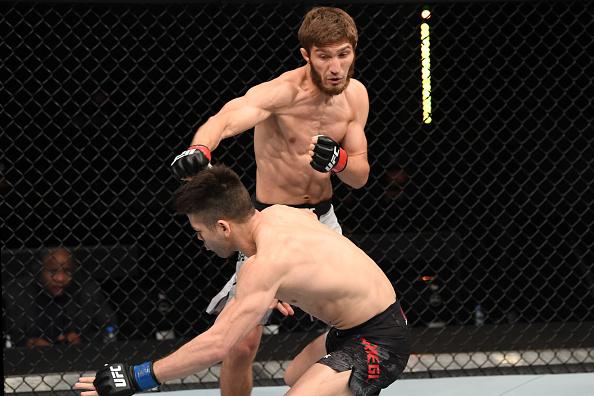 In addition to the general desire to compete, Nurmagomedov was on a nice trajectory in the talent-laden bantamweight division, picking up three wins in his first four jaunts to the Octagon. A bout with Jack Shore was lined up in 2021, which would have launched the winner into the Top 15 discussion, but it wasn’t to be.

Now, facing UFC veteran and regular Top 15 presence Cody Stamann, Nurmagomedov can get right back to his climb up the ladder at 135 pounds.

Nurmagomedov admits the last couple of years have been hard because of the lost time, especially as he approaches a milestone birthday.

“I feel sad because time is gone,” Nurmagomedov said. “I’m almost 30 years old. Now, I want to fight every two, three months. I don’t have a problem with cutting weight. I can fight often.”

The pressure he feels about the big 3-0 is perhaps a little tongue-in-cheek, but there’s definitely a sense of urgency around Nurmagomedov. Although he boasts a 14-2 record, bantamweight is as deep as any division in the UFC and distinguishing oneself among the heap is an important and difficult task.

When it comes to fighting Stamann, defending takedowns is one of the highest priorities. Stamann averages about three takedowns per 15 minutes. Nurmagomedov boasts a 71% takedown accuracy, but Stamann is the kind of grappler who keeps coming in relentless fashion, and his average fight time of 14:18 backs that notion up. Nurmagomeodv, on the other hand, might find success if he can stuff a few shots and make Stamann pay for them. 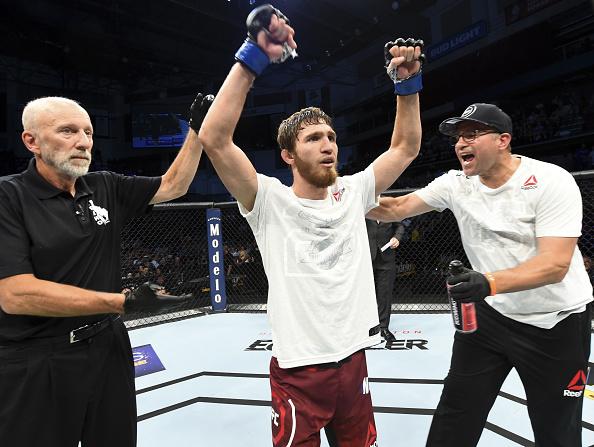 Said Nurmagomedov of Russia celebrates after defeating Justin Scoggins by split decision in their flyweight fight during the UFC Fight Night event inside CenturyLink Arena on July 14, 2018 in Boise, Idaho. (Photo by Josh Hedges/Zuffa LLC)

Nurmagomedov understands as much, and he expects a good test from the American, albeit one he has full belief in passing with flying colors on January 22.

“Cody is physically strong,” Nurmagomedov said.” Good wrestling. Good double-leg, but I will make him more uncomfortable. I am more dangerous for him than he is for me.”

The win holds clear stakes for Nurmagomedov. In his mind, a win over Stamann means a place in the Top 15, and if he can hold himself to the fighting cadence he desires after his layoff, he could make a lot of divisional headway in 2022.

Of course, that’s easier said than done, especially at 135 pounds. The task at hand is of utmost importance, but the rewards are especially tantalizing, as well. The bout is Nurmagomedov’s first in front of a proper crowd since December 2019, when he lost a unanimous decision to Raoni Barcelos in South Korea. 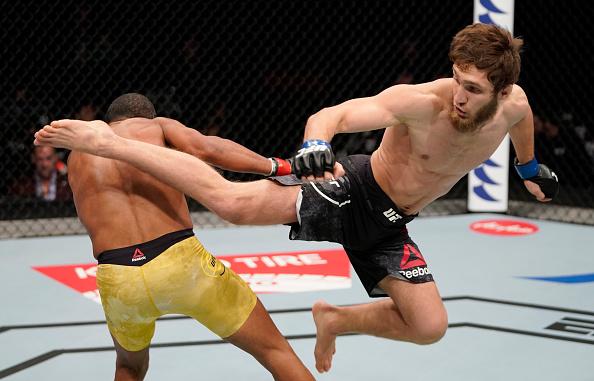 When asked about the atmosphere he expects on Saturday, he joked that he’ll have a real answer to that question once he’s finished with the fight, which is fair. As far as what to expect in the Octagon, however, his goals are clear as day. He’s over talking about what he wants to do. He’s ready to just get it done already.

“I want to show my best,” Nurmagomedov said. “Watch my fight. It is going to be fun.”