Saffiedine Closing In On His Shot at 170-Pound Gold 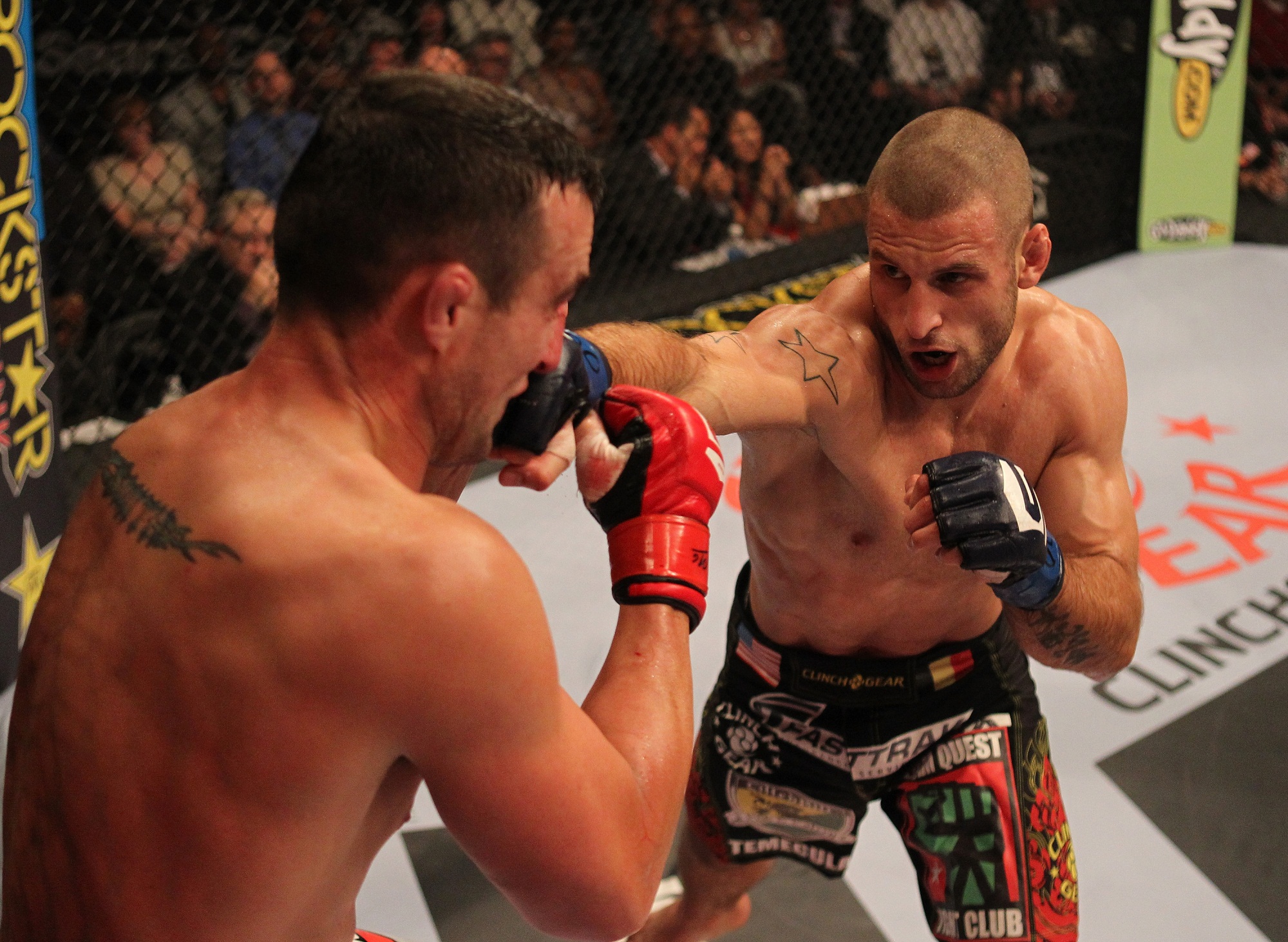 At the Team Quest gym in Temecula, California, where Strikeforce welterweight Tarec Saffiedine is preparing for his Saturday bout against Roger Bowling with his organizational stablemates Ovince St. Preux and Keith Berry, as well as number one UFC light heavyweight contender Dan Henderson, the Brussels native has one important thing to say about himself and the aforementioned team.

“We are all on weight,” he laughs, referring to the sauna-like atmosphere in the gym, which was rendered as such thanks to no air conditioning and the usual Southern California heat. That’s the bad side. The other side is that in keeping with the old fight game adage that steel sharpens steel, Saffiedine and company are more than prepared for the short trip to San Diego for this weekend’s fights.

“It’s great,” he said. “Right now at the gym we’ve got Ovince St. Preux and Keith Berry, who are fighting on the same card, and of course Dan, and we have a lot of other guys training for fights this weekend as well, so the gym is packed, there are a lot of different styles coming from everywhere and we have a lot of sparring partners. Everybody’s motivated and ready to fight.”

Perhaps no one more than Saffiedine, who could be closing in on a shot at new Strikeforce welterweight boss Nate Marquardt if he can turn his two fight winning streak into three against the hard-hitting Bowling, whose wild-swinging style may just be the perfect match for the precision striking attack of the “Sponge.”

“I’m excited to fight somebody like Roger,” said Saffiedine. “I know he (Bowling) is not the most technical fighter, but he brings it every time and I know it’s gonna be a good fight. We put a good gameplan together with my coaches and everybody, so I’m feeling great and I’m looking forward to the fight.”

4-1 in Strikeforce since making his organizational debut with a decision win over James Terry in February of 2010, Saffiedine’s only loss in that stretch came via decision to Tyron Woodley in January of 2011, so with Marquardt beating Woodley for the title last month, it makes a possible bout with Saffiedine more sellable than a rematch with Woodley. The 25-year old was impressed with both 170-pounders in their recent war.

“Nate and Woodley both looked great in the last fight,” he said. “Woodley came out pretty strong but I think he gassed a little bit, and Nate looked good at the weight. I didn’t expect him to be in such good shape with the weight cut, but they both looked really good and that’s good for the division.”

And good for Saffiedine, who was impressive in his own right in his most recent win over Tyler Stinson in January, and not for reasons you would expect. Battered and bloodied in the first round, Saffiedine had to rally in the next two rounds to pull out the split decision victory. Was it a vintage performance? No, but it showed that he had the heart and resilience to gut out a tough win, something that will serve him well should he get a shot at the belt.

“I didn’t really like the way I fought that fight,” he admits. “I know I was able to come back from a tough first round, but I wasn’t in the best shape coming into that fight. I had only four weeks to get ready, and Tyler was a really tough opponent. It builds confidence a little bit because I was able to come back and I know I can do that, but between the fight with Scott Smith (in July of 2011) when I had an eight week camp and the fight with Tyler, when I only had four weeks, I think there is a big difference in how I came prepared to the fight. I like to have a good camp, and that’s what I had for this fight, so hopefully it will work out better.”

Fighting close to his adopted home in Southern California adds to his confidence coming into this week’s fight, as he gets to eliminate traveling from the equation while simply focusing on training. It’s his first fight in the state since the Terry bout over two years ago, and while he’s used to not competing at home, he does enjoy the rare times when it does happen.

“I’m from Belgium and everywhere I fight, it’s not my hometown,” he said. “But I would say that San Diego, even though I don’t go there often, is close to my hometown because I’m from Temecula, and a lot of people are able to drive down there. I have my brother coming from Europe to watch me fight for the first time, so I’m really excited, and I’ll have all the support from all the people from my team that are coming down for the fight, so it’s pretty exciting and I’m looking forward to it.”

The most exciting part is the fight though, or more accurately, what could happen should he win. Saffiedine knows the positive consequences that a big win could deliver, but after 15 pro MMA fights and over six years in the game, he’s also aware of the perils of peeking too far ahead.

“I never look past anybody and never underestimate anybody and Roger is a tough opponent and I’m really focused on him, but I don’t take my eyes off my goal,” he said. “I want that title shot down the line and that’s what motivates me for each and every fight because I want to get closer and closer.”

So how close is he?

“I think the way I win is gonna determine if I get the title shot or not, but of course I’m not the one who decides that,” said Saffiedine. “Hopefully after this fight I will be ready, and I want to make a statement. I want to show that I’m ready to (Strikeforce CEO) Mr. (Scott) Coker and all the fans that I’m ready to get that belt, so I’ve got to make a big statement and win in a good fashion.”