Sacrifice is the Key for Leandro Issa 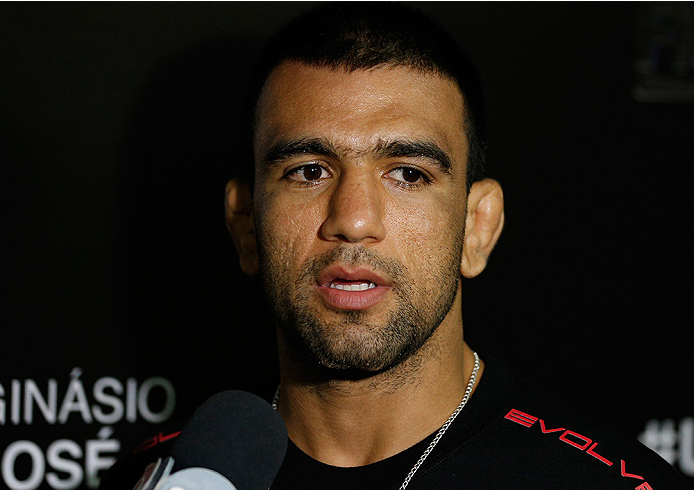 If you want to discuss dedication in the sport of mixed martial arts, you can start with bantamweight Leandro Issa and his journey to UFC 190 in Rio de Janeiro.

For six years, the Brazilian Jiu-Jitsu black belt has spent the majority of his time in Singapore, far away from his home in Ubatuba, Sao Paulo, Brazil. How far? Around a 30-hour trip.

“It’s a long way,” he laughs, but he wouldn’t change a thing, even if it is a sacrifice of proportions most of us couldn’t imagine.

“It’s not easy for me to be in Singapore because I have family here in Brazil,” Issa said on July 22, two days after he arrived back home to make final preparations for this Saturday’s bout against Ildemar Alcantara. “I’m only in Singapore with my wife, and luckily I have her to support me. But what keeps me motivated is my career and my fights, and right now Singapore is better for me because I can concentrate more on my training. In life, it’s hard to get everything right, so I have to give up something to get another thing. It’s not easy to leave my family in Brazil, but I try to come here once or twice a year to visit them, and sometimes they go to Singapore to visit me there as well.”

The reason for Issa’s trips to Singapore is simple - it’s all about the work, the kind of which he only gets at the Evolve gym which has also served as a training spot for current UFC lightweight champion Rafael dos Anjos.

“We have great training there and good training partners at Evolve MMA and there’s a lot of good coaches there,” he said. “Our academy is a big one, so we can train everything there, and I also make some money teaching Brazilian Jiu-Jitsu, so I work there as well.”

Unfortunately, Issa’s first bout in his adopted home as a UFC fighter saw him lose via submission to Russell Doane in January of 2014, but in his two bouts since, Issa has proven himself to be a talented and gritty battler who isn’t one to be looked at lightly. In July of last year, the 31-year-old picked up Fight and Performance of the Night honors for his submission of Jumabieke Tuerxun, and last December, he upset highly touted Ulka Sasaki, submitting the Japanese veteran in the second round. On Saturday, he begins his 2015 campaign, but don’t think that just because it’s already past the year’s halfway point that he’s been sitting around waiting for a phone call.

“This is going to be my first fight in 2015, but I’ve been training a lot since the beginning of the year, I’m feeling good for this fight, and hopefully after this fight I can fight one more time before the end of the year,” he said. “But the main focus right now is the next fight.”

That fight is against the number 13-ranked Alcantara, and Issa’s first crack at one of the division’s contenders. Does he prefer fighting a countryman in Brazil? Not necessarily, but business is business and the days of Brazilians not fighting Brazilians are, for the most part, over.

“I prefer to fight non-Brazilian guys,” Issa said. “For example, last year I fought against Sasaki and it was good because he’s Japanese and there has always been that rivalry with Japan and Brazil from the PRIDE times, so it was a good matchup. If you ask me if I like to fight Brazilians in Brazil, I don’t like it, but at the same time it was a good opportunity for me to fight Alcantara on the big card. He’s been in the UFC a long time already, so he’s got a good name, and I took the opportunity. If I beat him, it’s going to be a huge step for my career.”

That career and an even better life for his family is why he travels 30 hours to Singapore.