Ryan Spann Won’t Let Himself Get In His Own Way

Ryan “Superman” Spann Takes On Ion “The Hulk” Cutelaba In An Epic Clash At The APEX This Saturday At UFC Fight Night: Blachowicz vs. Rakic.
By Miguel Navarro III • May. 13, 2022

With how quickly the sport of MMA moves, you can’t sulk on a loss for very long.

If the sport has taught us anything by now, it’s that it’s unpredictable. No matter how long people spend looking at and comparing stats or studying past fights, you really can’t predict what’s going to happen in a fight. That’s something that No. 13-ranked light heavyweight Ryan Spann has fully accepted as he prepares to take on Ion Cutelaba this Saturday.

The superhero nicknames attached to the two combatants say it all: “Superman” vs “The Hulk”. And with a combined total of 30 finishes, Saturday’s fight is guaranteed to have fireworks. It will also be the first time fans will see Spann step into the Octagon this year, which means that it’s time for “Superman” to get paid and do what he does best.

“As far as Ion, I don’t really know too much about his career, or anything. I respect that he’s here. I don’t watch a lot of film so I can’t really give you a big synopsis of what I feel he’s going to do and what’s going to happen, because I just don’t know. That’s just one of the things that I can’t control,” said Spann.

After his first main event against Anthony Smith in the summer of last year ended in a submission loss, the light heavyweight from Texas learned that often, things won’t be in his control. Every fight has a level of unpredictability behind it and there’s always something you can’t prepare for.

“I really can’t prepare for unpredictability. You just can’t. We learned that in the Johnny (Walker) fight. We knew he was going to be unpredictable, which is going to be hard to deal with,” Spann explained. “So, I just had to set that aside and be ready for whatever it is and wherever the fight takes me, like I always am.”

Since joining the UFC roster in 2018, Spann has been dominant in his rise up the light heavyweight division, winning five of his last seven Octagon appearances, and with solid performances over names such as Devin Clark, Sam Alvey, Misha Cirkunov, and Antônio Rogério Nogueria, Spann rightfully earned his spot in the rankings. 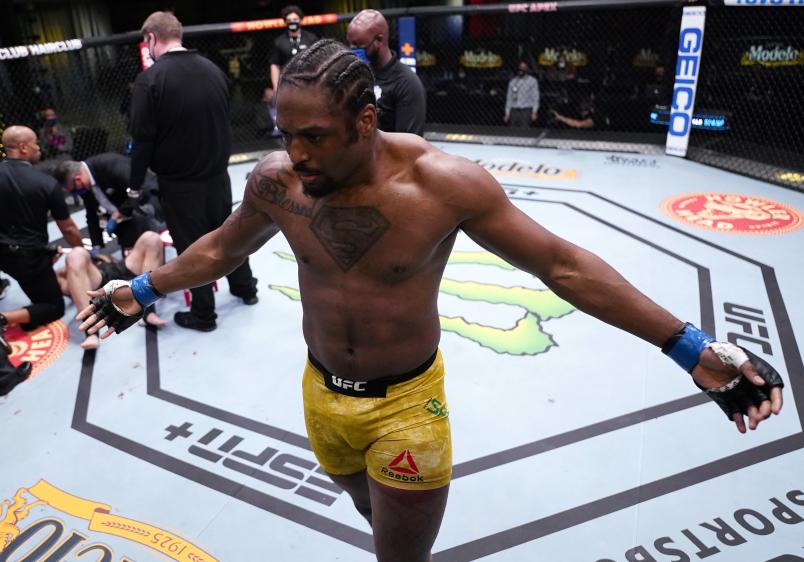 Ryan Spann reacts after his knockout victory over Misha Cirkunov of Latvia in a light heavyweight fight during the UFC Fight Night event at UFC APEX on March 13, 2021 in Las Vegas, Nevada. (Photo by Jeff Bottari/Zuffa LLC)

Spann faces another unpredictable opponent in Cutelaba this Saturday. Whether it’s when he’s painted green, living up to his chaotic superhero nickname at weigh-ins, or in the Octagon delivering devastating knockouts, the Moldovan doesn’t know how to be boring. Spann, however, won’t be paying any mind to it.

Find Out What's Happening In The Light Heavyweight Division

“It is what it is, whatever,” he said. “It’s just like I’ve been saying all day, just don’t touch me. I don’t really care. But I’ve seen him, and he seemed like, fine. Not like a weird hug, but just in passing as a respect, because we do have respect for each other.

“So, like I said, as long as I don’t get touched, I don’t really care, and I never have. My stance will never change on that, abd I’m not going to put any thought into that. That’s just a waste of time for me.” 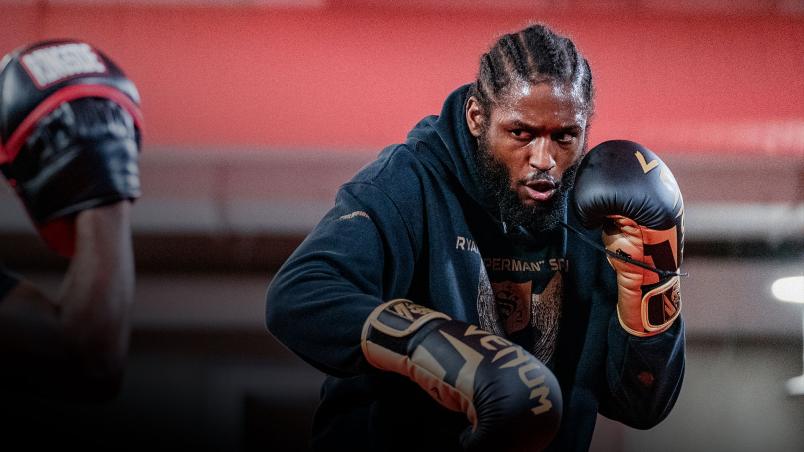 What matters is rebounding from his last performance, and despite how his main event appearance last year ended, Spann was able to take a second to refocus and strengthen his mind during his time off. He’ll be looking to remind his division that he’s still a name to be reckoned with in the rankings with a big win this weekend.