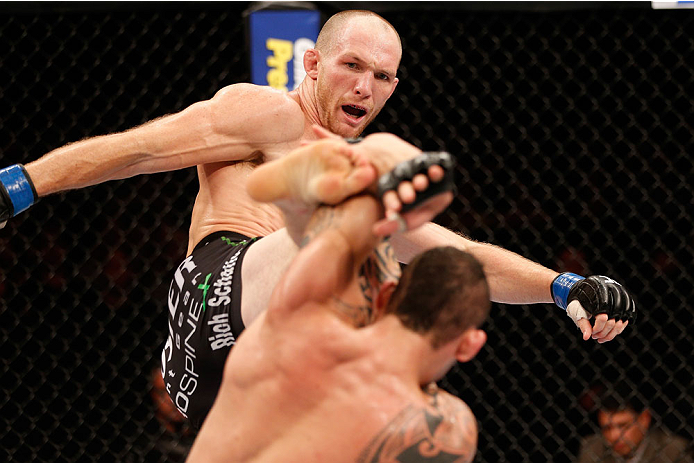 “For me, there aren’t enough hours in the day to stay up-to-date on everything on the Internet,” Ryan LaFlare, the undefeated welterweight poised to face Demian Maia in the main event of this weekend’s UFC Fight Night event in Rio de Janeiro, laughs.

The subject comes up because after nearly a year on the sidelines, the 31-year-old Long Island native and the decorated Brazilian became the final pairing of the night when it was determined that top bantamweight contender Raphael Assuncao would not be ready in time to face Urijah Faber in the originally scheduled main event.

Twitter exploded with criticism and complaints because that, apparently, is what Twitter is for these days – complaining about everything, always, ad infinitum. A lot of that vitriol was directed at the new headlining act, even though the principals are both ranked in the Top 15 in the welterweight division.

“Of course I’m seeing negative things,” LaFlare, who has posted wins over Ben Alloway, Santiago Ponzinibbio, Court McGee and John Howard to run his record to 11-0 since joining the UFC welterweight ranks, continues. “People tagging me on Twitter and saying, ‘Ah this is bulls$@*” but I expect them to say that because they don’t know who I am.
> Watch Ryan LaFlare vs. John Howard

“I fought two of my fights on Fight Pass and one of them was on the undercard for a (Fuel TV) show. No one knows who I am yet and they don’t see Demian – they know he’s really good, but he’s not a super-exciting, electric fighter - but I’m really looking forward to it. 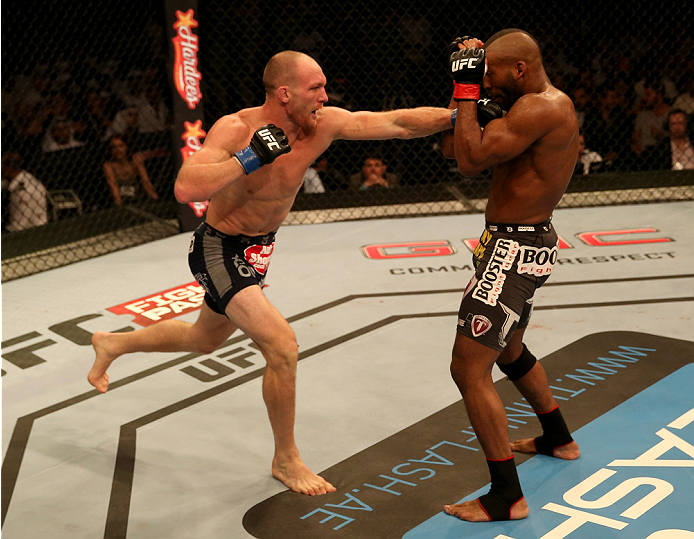 “I can’t wait to get out there and for the world to find out who I am and finally start turning some heads.”

LaFlare has been doing a lot of waiting over the last 11 months, stuck on the sidelines after undergoing surgery to repair a torn ACL. The injury occurred shortly before his fight with Howard in Abu Dhabi during a sparring session with Ultimate Fighter Season 21 cast member Jason Jackson.

“He wasn’t even going for a shot (so much as) he tried to bum-rush me and I felt my whole knee go completely out and then go back in,” LaFlare explains. “It didn’t hurt or anything. After that, every time I wrestled or did any kind of pivoting on that knee, I felt the thing go out and I kind of just put it in the back of my head for the fight.”

He picked up a unanimous decision win over Howard in April to maintain his unbeaten record and then quickly signed on to face rising Icelandic welterweight Gunnar Nelson in what was set to be the co-main event of the UFC’s return to Dublin three months later.

Knowing something was wrong with his knee, LaFlare headed to the doctors, got the diagnosis and ultimately decided to go under the knife.

“I was looking forward to that fight,” he says of the missed opportunity to fight Nelson, who ended up defeating Zak Cummings by rear-naked choke in the second round. “Obviously my ACL was completely torn, so I had to make that decision (to have surgery).

“It was mixed emotions though because even though the doctor told me it was torn, I still wanted to fight. I had people pulling me in all different directions, but I knew in the back of my head that if I was doing well with only one ACL, if I get this thing fixed, I’m going to be a force to be reckoned with, so I tried to look at the positive side of it.

“You have to keep that positive mindset,” LaFlare says of the downtime that comes following surgery and the recovery process. “Some people will take it negatively and say, ‘I can’t do this,’ but I looked at it as even though I’m not fighting, I’m still studying – I’m learning the mechanics of everything.”
A lot has changed in the welterweight division since LaFlare last stepped into the Octagon – previously unbeaten prospects have tasted defeat, savvy veterans have worked their way back into the rankings and a new champion has been crowned.

Though it all, he’s been watching, studying, surveying the 170-pound ranks, and while his primary focus is picking up where he left off against Howard this weekend against Maia, the talented Team Blackzilians member likes his chances when he looks at the rest of the division.

“There’s nothing I can do when I’m not fighting, but I’m studying these guys as potential opponents,” offers LaFlare. “I booked the Demian fight and right now, that’s the only thing that’s on my mind.

“I look at the division and obviously I’m honored to be ranked so high with such tough fighters, but I don’t look at any of these guys and say, ‘Ah man.’ I believe I can beat any fighter in my weight class in the UFC.” 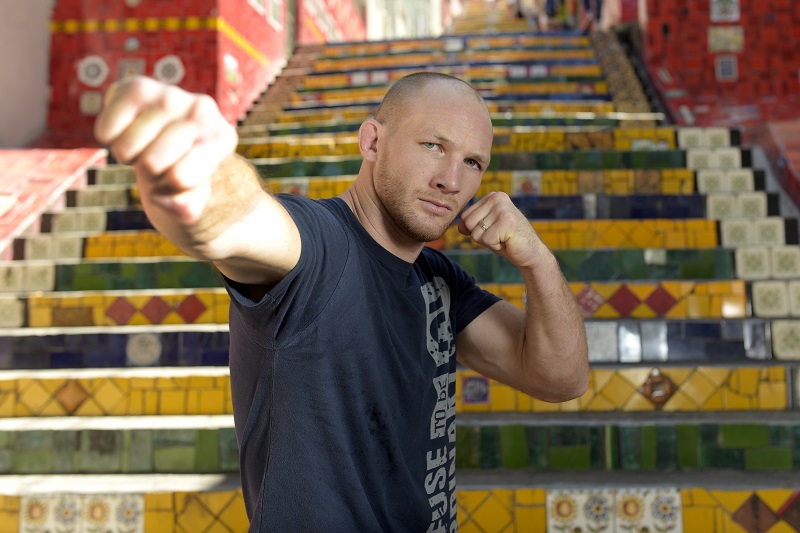 That includes Demian Maia this weekend in Rio.
“I’m not going to guarantee a knockout or guarantee a submission because anything can happen in a fight and how do you do that?” he laughs. “You don’t know what’s going to happen.

“I do think that me being elusive, in-and-out and really tough to scramble with is going to prevent him from being able to hold me down and do what he does well. I think it’s a really good stylistic matchup for me and I think I’m going to be able to overwhelm him a little bit.

“I think that my set of skills can allow me to find a way to beat anybody in my weight class. I believe that and if you don’t think like that, why are you fighting? Why are you competing in the UFC?”
> Check out the full UFC Fight Night: Maia vs. LaFlare fight card