Ryan Hall Wants To Be 'Impossible To Ignore'

Despite Extended Periods Of Time Off, Ryan Hall Is Ready To Prove He Is Among The Best Featherweights In The World At UFC 264
By McKenzie Pavacich, on Twitter @mpavacich_ • Jul. 9, 2021

When Ryan Hall was asked how it feels to finally return to the Octagon after a nearly two-year layoff, it felt like a moment from The Office where a character stares blankly into the camera, making it clear that almost no words were needed for us to understand his answer.

It makes sense for the 36-year-old, who won season 22 of The Ultimate Fighter in 2015 and has since graced the Octagon just three more times in a span of nearly six years. But despite the setbacks, Hall chooses to look at the detours in his career with gratitude -- especially his most recent one, when an injury forced him out of a critical bout in March.

“It was a shame to miss out on a tough opponent like Dan Ige. That was the ranked fight that I was waiting for, that took forever to get,” Hall said before calling his injury a “blessing in disguise.”

“It was a serious injury, I tore my hip flexor halfway off my femur, and I tried to keep training, but it became apparent that that wasn’t really on the list. That was the first fight I backed out of; that was a frustrating experience, honestly. I thought I’d be better in eight weeks; it was actually better in about 14 weeks. But I had the chance to really address a lot of things.”

While time is something Hall has had a surplus of during his career, it doesn’t mean he’s reached a point where he can stop learning. In fact, the third-degree Brazilian jiu jitsu black belt is simply grateful for the chance to put his new tricks to the test.

“I’ve had extra time to continue working technically and tactically. (Time) is something I’ve had a lot of, but it never hurts to have a little bit more. So all things considered, I’m very fortunate,” Hall said. “I’ve got a long way to go and a lot more to grow, but I look forward to displaying everything I’ve been working on this weekend.”

Luckily, Hall has an army of diverse training partners and coaches between his current home at the Tristar Gym in Canada, and the past relationships maintained throughout his career with the likes of Stephen “Wonderboy” Thompson and ONE featherweight champion and TUF alum Thanh Le -- the latter being a relationship that has “saved” Hall’s “career and life.” 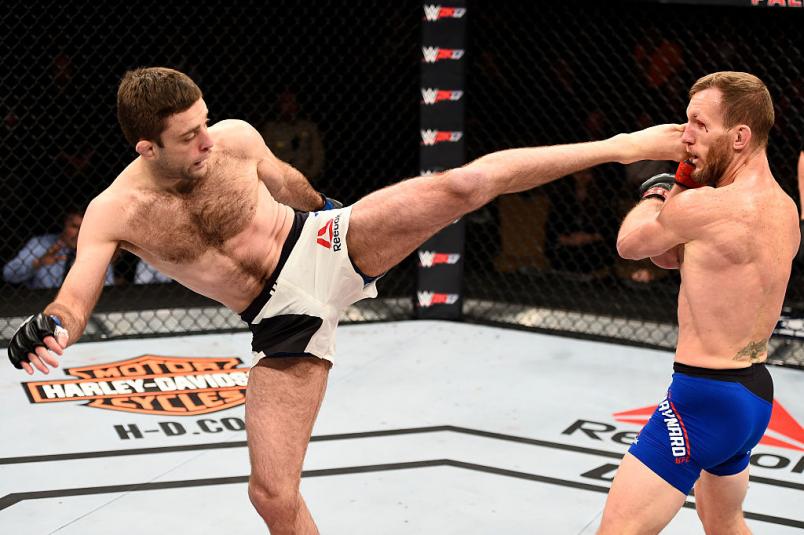 “When Thanh and I met on The Ultimate Fighter, I think that I was the most experienced grappler by a long stretch on the show. There were a couple that were very good strikers, but I think that Thanh was apart on his own in that regard. It was apparent that he had something special. I think that I had something different, as well, but each of us kind of had a bit of a glaring weakness,” Hall explained of the inception of his friendship with Le.

“Our glaring weakness meant that our basement was really low, and you could lose to a lot of people under the wrong circumstances, so we got together and said, ‘I think if you help me and I help you, we could really take this a long way.’

Although we haven’t had the chance to see much of Hall inside the Octagon since his time on TUF, his professional career boasts an eight-fight win streak, three of which came over UFC veterans Gray Maynard, BJ Penn and Darren Elkins.

And while Hall is a decorated Brazilian jiu jitsu practitioner, he wants to set the record straight with those who believe his fighting style is one-dimensional.

“I would say sometimes it’s been a little bit weird for me, the narrative of the fights. I beat Gray Maynard handily with striking, I didn’t put him down a bunch of times. Gray Maynard was a very tough challenge; it was particularly challenging because I was so limited in terms of my skills at that time.” 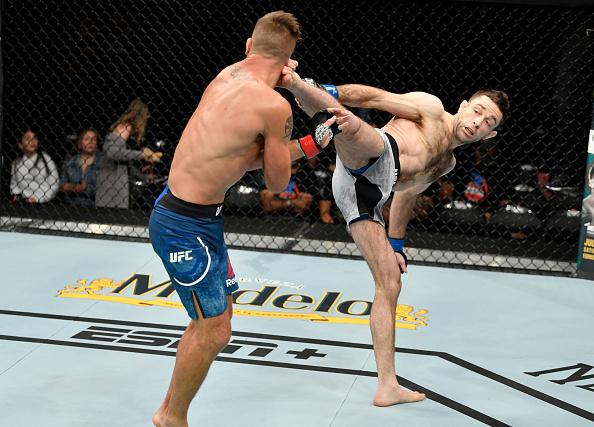 “It was neat against BJ Penn, because...he was the first one to meaningfully and intentionally engage in grappling, and we got a good result there,” Hall said. “And then when I fought Darren Elkins, I felt that I was starting to scratch the surface of the world-class level of ability.”

“I knew when I got into the UFC, I had the possibility, if the fight went down the right way, of beating up anyone on the roster in my weight; but I also could’ve got beaten up by just about everybody,” Hall said, chuckling. “Now, there is not a doubt in my mind when it comes to beating any single person on this roster in my weight range. That is the truth. Doesn’t mean I’ll always get the outcome that I’m looking for, but I’ll always fight with everything that I have.”

First up to test his belief against is Ilia Topuria, undefeated in ten fights with seven submissions to write home about. While Hall regards Topuria as “a tough opponent,” it’s no big concern of his, because he’s just as tough.

“When I’ve fought, I’ve won, and when I’ve won, I’ve done so in dominant fashion. Ultimately, I’m hitting people and they’re not hitting me. And the people that do engage me, I finish them.”

Above all, “The Wizard” is just happy to return to his home inside the Octagon on Saturday at UFC 264: Poirier vs McGregor 3, against an opponent who he hopes a statement win over will make it a little easier to lock in future opponents.

“I think I’m a little bit different than the average UFC fighter, in terms of my approach, and that sometimes means that people look at you and they go, ‘Eh, let me fight the other guy,’ and I can understand that, but I’m just hoping that with a sustained track record of success, at some point, you’re impossible to ignore.”

At some point, the featherweights will have to start paying attention to Ryan Hall, and it may just be Saturday.