Ryan Bader: Ready to Win the Big One 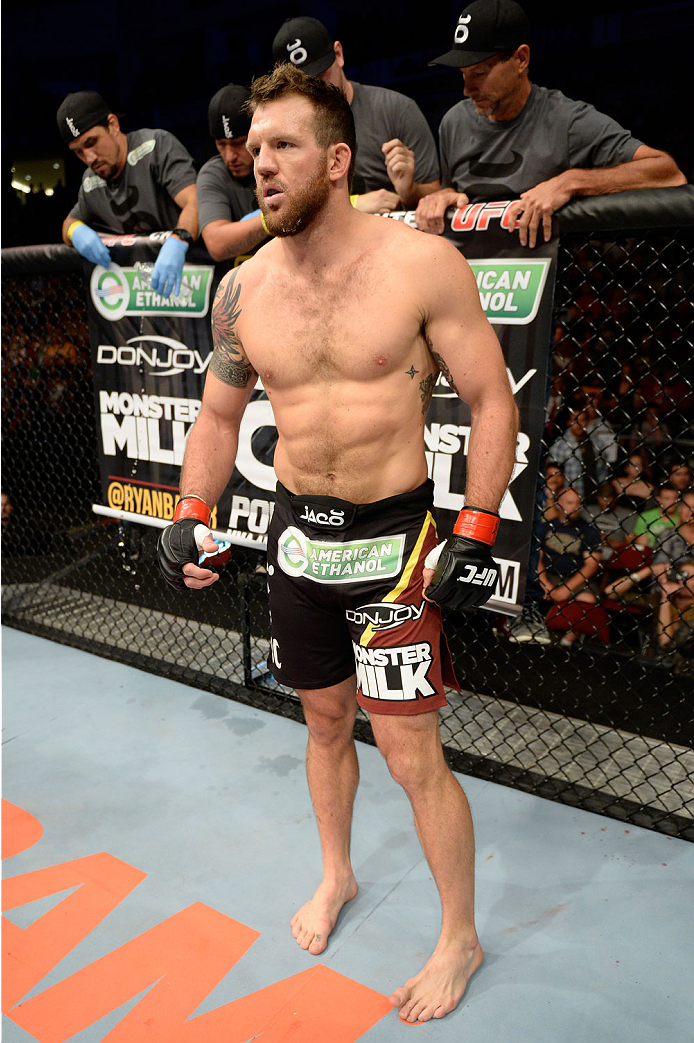 Emerging from his five-round unanimous decision win over Ovince Saint Preux last August, Ryan Bader was accused by some of playing it safe during the bout. The funny thing, is Bader may have been at his most reckless, as he risked his two-fight winning streak against a hungry and dangerous foe with a fractured hand.

But the way he saw it, after six months on the sidelines after suffering a broken hand in December 2013 win over Anthony Perosh, he was not about to give up the momentum he had from his victory over Rafael “Feijao” Cavalcante two months before the Saint Preux bout. So he went through with the fight, picked up a clear victory, and now with the hand healed, he’s got a main card date with a fellow top-ten light heavyweight in Phil Davis on Saturday in Stockholm. Great risk? Great reward.

“I feel healthy finally,” Bader admits. “The last couple fights I was dealing with that hand issue. I went into the OSP fight with a fractured hand and had to fight differently, so I’m just looking to go in there and not only win, but let all my tools show and let my hands go and show everything in my arsenal.”

The fact that Bader was willing to go through a 25-minute fight basically with one hand speaks volumes about the kind of competitor the Arizonan is, but at this point in his career, his eagerness is not surprising. He’s now won three straight and six of his last eight, and at 31 he may be in his physical prime. More importantly, he’s proven to be able to beat the bottom half of the top 15. Now he wants to prove that the fights he’s lost to the top five before in the form of Lyoto Machida and Glover Teixeira are ones he wins in 2015.

“Those fights (with Machida and Teixeira) could have put me up to the next level, but instead they allowed me to go back to the drawing board, get better, figure out what I have to do to beat those guys, and be successful after fighting those caliber guys.” 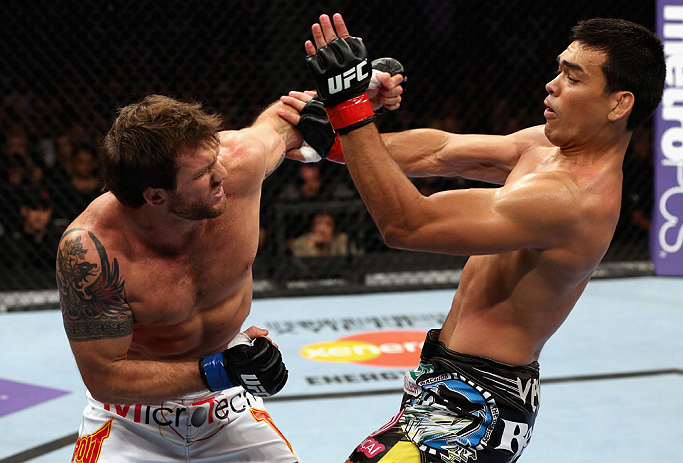 It all starts with “Mr. Wonderful,” someone Bader has a history with from when they were both college wrestling standouts.

“I didn’t really know who the guy was, and I went out there and got him in a single leg and I put it up a few times, but he was extremely flexible and he countered me and ended up beating me,” Arizona State’s Bader said of his lone meeting on the mat with Penn State’s Davis. “He was kind of a surprise in that tournament, but that’s the only time we wrestled. It would be good to get a little vengeance in the MMA game now.”

Bader laughs, with that mindset simply being that of a competitive wrestler. There’s no bad blood between the two, no pictures of Davis on Bader’s mirror as he prepares for the bout, but when it comes to fighting another wrestler, nothing gets him more amped up.

“It’s a little bit of a pride thing, even if you don’t really want to admit it,” he said. “That past is still there, and regardless of who beat who, you want to be the best wrestler in the division. And if you look at my record, when I fought wrestlers, I’ve done very well with them. So I’ll look to continue that, and this is a fight that’s long overdue. This is our picture-perfect fight. We get to fight Phil, I believe I match up extremely well with him, he’s a fellow wrestler, and he was a national champion.”

He’s also sitting at the number five spot at 205 pounds in the UFC rankings, a spot the number seven Bader would like to claim as his own. It’s an intriguing matchup stylewise, but also ultra-important when it comes to how 2015 plays out for both men.
“He (Davis) has been out there for a while, and I can’t believe we haven’t fought yet,” Bader said. “We have similar styles, we’ve fought a lot of the same people, but now it’s finally here. He’s top five, I’m number seven right now, so we’re closely ranked and this is the next fight that can get me where I want to be, which is to be talked about as a legitimate contender, and then go from there. I need to go out there, look good and beat him. 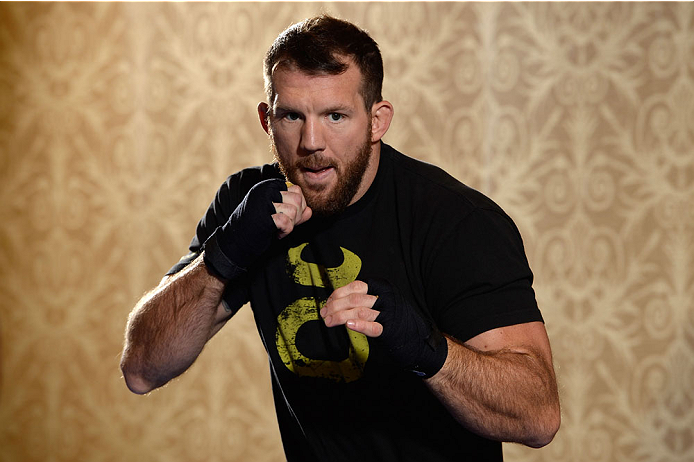 “My last couple fights, I was fighting guys that are around the top ten and beating them, and I said I need to beat these guys I’ve been losing to, these top five guys,” he continues. “And here it is. Here’s another chance that I have to prove that I belong with the top of the top. I’ve lost those key matches before and it’s not gonna happen this time.”

Bader doesn’t sound like a fighter who is saying the right things before a fight. He sounds like he means it, that his confidence and talent are now coming together with his experience level. You could almost say the same thing about Davis and not be off-base. That makes Saturday’s bout a must-see on a lot of levels. Can Davis fulfill his promise? Will Bader win the big one? He may be biased toward himself, but Bader has a feeling he’s going to wind up on top this weekend.

“I don’t like to get too crazy looking ahead,” he laughs. “But if you keep your head down and fight that fight in front of you, I know it’s cliché, but good things will happen.”

He pauses, then concludes with what could be his 2015 mission statement.