If you’ve ever witnessed Robbie Lawler ahead of any of his fights, “excited” would probably be the last word anybody would use to describe him.

Lawler is better known for his stoic and steely resolve, but after more than a year on the sidelines following major reconstructive knee surgery, the former welterweight champion almost has an air of excitement around him.

Except that’s still not the word he’d prefer to use.

“It was just the time for me to take a step back and allow me the time to build my body up better than it was before,” Lawler explained ahead of his return at UFC 235. “It was a blessing and I took full advantage of it. I’m excited what a year and some time off can do for me.

“I guess I’m not excited, I shouldn’t even use that word, but I’m happy to get back in there my showcase my skills my again.” 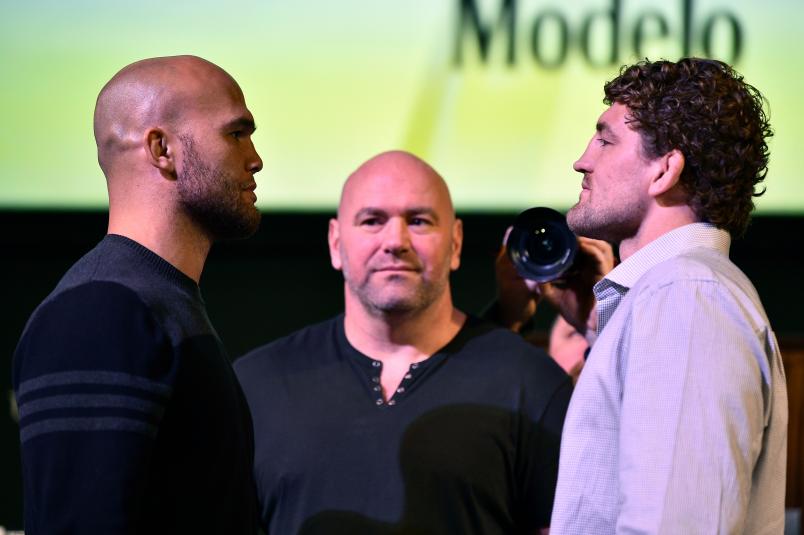 In many ways, Lawler had already beaten the odds regarding injuries in his career before suffering the torn ACL in his last fight against Rafael Dos Anjos in Dec. 2017.

With over 40 fights on his record and a career that stretches back to 2001, the former UFC welterweight champion had never really endured any injuries with this level of severity.

Rather than sulk about not being able to fight for over a year, Lawler instead decided to put his effort into recovery and take the extra time he had to spare to spend with his family.

“I’ve never had an injury like this. It took me a long time to recover from this and I was diligent and did it the correct way and didn’t rush back,” Lawler said. “It was just one of those things that I took at a blessing. Obviously, I had to work on my body but there’s other things and other aspects in my life that I took care of.

“I hung out with my family a lot. I did my rehab and just kept my eye on the prize. I kept trying to get better and get stronger and get better than I was before, I took my time and did it all correctly.”

The time off allowed Lawler to put more focus on being a husband and father, which gave him the peace of mind to really allow his body to recover before booking his next fight.

“There’s other stuff to life other than fighting and working out. I was able to spend more time on other aspects, family, went on a whole bunch of vacations and just enjoyed life,” Lawler said.

Once it was time to get back to work, there was no need for Lawler to ramp up to a training camp because he was already champing at the bit to return to his regular schedule.

He also didn’t have to wait long to find a date and an opponent, as the former champion returns at UFC 235 where he faces Ben Askren on the pay-per-view main card.

Askren comes to the UFC as a 2008 Olympian in freestyle wrestling with multiple championships in his mixed martial arts career and an undefeated record. More than anything else, Askren also walks into this fight with a lot of hype around him, with expectations soaring about what his arrival could mean to the welterweight division.

None of that matters much to Lawler because he’s not facing the constant chatter and buzz building up to Askren’s debut on Saturday night. He’s just taking on the man standing on the other side of the Octagon and that’s all that matters to him.

“I think it’s just an exciting matchup,” Lawler said about Askren. “Obviously, he’s a wrestler and I’m a striker and I want to keep it on my feet. It should be an exciting fight. Just the stylistic matchup, who is going to be able to control the fight where they want it to be.”

Throughout his career, Askren has built a reputation as a relentless grappler who loves to press forward, take his opponents to the ground and then grind them into the mat until there’s nothing left but a pile of dust.

Askren never hides what he plans on doing when facing an opponent and that’s no different going into the showdown with Lawler this weekend.

Still, the 36-year old veteran knows he can’t get so focused on Askren’s wrestling that he forgets how to be a mixed martial artist.

“He’s smart, he’s working with some good training partners and he’s going to mix it up but, obviously, he’s looking to close the distance and get takedowns,” Lawler said. “So I need to be sharp in between the times where he throws a couple strikes to get close. I can’t get clipped by something because I’m thinking about wrestling. I have to be sharp out there.

“I have to be a professional and respect him everywhere and try to dominate everywhere the fight goes. It’s one of those things where I need to stay sharp at all times.”

Lawler believes he’s got all the pieces necessary in his training camp to have prepared him for the kind of onslaught Askren will unleash when they clash inside the Octagon. 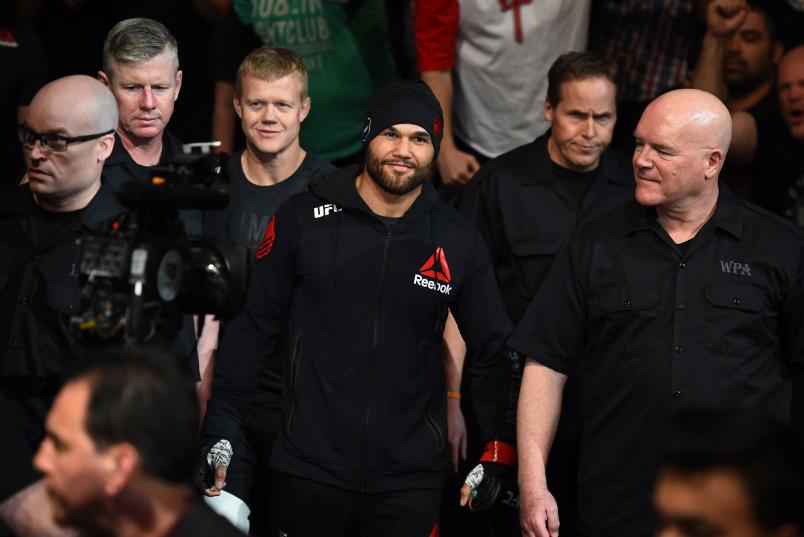 WINNIPEG, CANADA - DECEMBER 16: Robbie Lawler prepares to enter the Octagon before facing Rafael Dos Anjos of Brazil in their welterweight bout during the UFC Fight Night event at Bell MTS Place on December 16, 2017 in Winnipeg, Manitoba, Canada. (Photo b

Throughout his career, Lawler has faced just about every kind of fighter that exists, from grapplers to wrestlers to strikers and anybody else in between. Despite that pedigree, Lawler was happy to add a few new weapons to his arsenal that were specifically designed to stop Askren dead in his tracks.

“It’s nice because I’m learning a lot, which is awesome. I’m not stuck in my ways. I’m trying to adapt and evolve and get better in a lot of positions,” Lawler said.

“You have to evolve but you have to be stimulated to get in there and burn and get better every day. If you’re not doing that then I think you’re in the wrong sport. It’s just something I’ve done my whole life. I always try to learn new moves and try to figure out ways to beat people up.”

With the time ticking away until he’s back in the Octagon, Lawler is as ready as he’s ever been and now he’s just waiting for the cage door to close so he can show off everything he’s learned since the last time he fought.

“I want to get back in there and get a win and keep building on what I’ve been doing for the past year,” Lawler said. “I keep going to the word ‘excited’ but I’m not excited. My body’s excited. I’m fresh, I’ve done a lot of hard work this past year and it’s going to pay off.”