Rustam Khabilov: Primetime for the Tiger

"This is going to be a real fight. A badass fight, like a street fight." - Rustam Khabilov

Some things don’t need translation. Apparently the word ‘suplex’ is one of them, because as soon as Rustam Khabilov heard it, he began to chuckle.

It shouldn’t be a surprise, because as soon as he ragdolled Vinc Pichel in his 2012 UFC debut en route to a knockout win, the maneuver has become synonymous with the Dagestan native. Not that such cult hero status bothers him. But back to the laugh and the original question: if he had his way and could end his Saturday main event fight against Benson Henderson by conventional knockout, submission, or suplex, which would he choose?

“This is going to be a real fight,” said Khabilov through his translator. “A badass fight, like a street fight.”

That’s as to the point as you will get from any fighter, and given that Khabilov is not given to hyperbole, you can probably guarantee that he will do anything and everything he can take Henderson into deep water this weekend in Albuquerque. Of course, the former UFC and WEC lightweight champion is an expert swimmer who believes he and Khabilov share several similar traits, making this a clash of mirror images that will likely be decided by who breaks first.

“I agree with him, we have many similarities in our techniques,” said Khabilov. “Both of us have 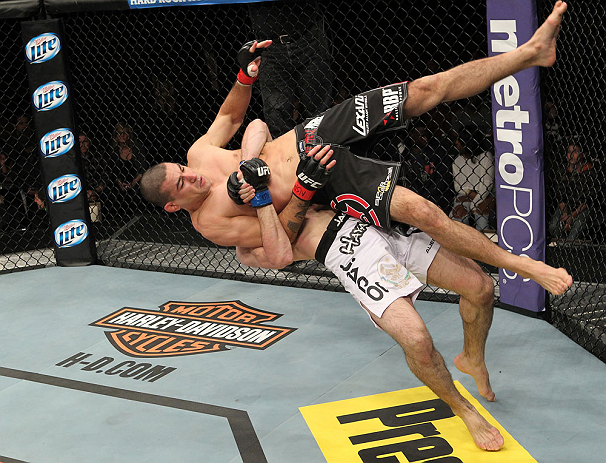 good wrestling and striking skills, but he has an advantage in leg kicks. In general, I agree with him that we are similar fighters, so this fight should be fun.”

Only a fighter would say that 25 minutes locked in a cage with someone who trained to beat him up is fun, but just chalk this up to another example of life in the fight game being a lot different than the rest of us could ever fathom. And though the two headliners do have similar styles, the difference in big fight and main event experience gives “Smooth” a decided edge over Dagestan’s “Tiger.”

“There is a big difference,” said Khabilov when asked if everything feels different this time around. “This fight means a lot to me. This is the first time I’m ever fighting five rounds, I’m the main event, so I have put a lot of work into this. I put all my energy into the gym and I have to do twice more in the cage on Saturday night.”

So how does the 27-year-old make up for such advantages help by his opponent? Maybe with a little home field advantage. Wait, in Albuquerque? Yes, in the ABQ, where Khabilov has made his home as a member of the Jackson-Winkeljohn MMA team. So yeah, he will be the hometown favorite this weekend.

“Albuquerque is like my second home,” he said. “I feel really great and I’m very happy to fight here because I have many friends that are coming to the show to support me. It’s a really big pleasure for me that the local people in Albuquerque are supporting me and helping me here.”

> Watch: Khabilov vs. Masvidal in the MetroPCS Move of the Week

It’s probably not what you would have expected to hear from the mouth of Khabilov ten years ago. But then again, when he first put the gloves on, the future International Master of Sports in Sambo and Hand-to-Hand combat didn’t even believe that earning a spot on the UFC roster was even a possibility. 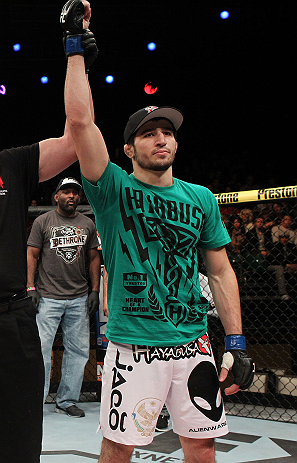 “When I started my career at 17 years old back in Russia, the MMA industry wasn’t as developed as it is now, so I didn’t expect that I would go so far,” said Khabilov, who has compiled a 17-1 record since turning pro in 2007. “Of course, I knew about the UFC. I used to watch video tapes when I was a kid, but I never could dream that someday I would be fighting here, especially in the main event. But eventually it became real.”

It is, and after three wins in the organization, he’s not just fighting in the main event, he’s part of a 1-2 punch (with flyweight title challenger Ali Bagautinov) that will see Dagestani fighters headline back-to-back UFC events. Now that’s a big deal.

“Since the top of Fedor Emelianenko’s career, this is the first time that Russian MMA representatives achieve such big shots, so this means a lot for Russian MMA,” said Khabilov. “I’m sure that this weekend and next weekend, MMA fans all over the world, especially in Russia and Dagestan and in the Caucasus region, they’re not going to sleep and they’re going to watch the fight.”

That’s no laughing matter. That’s history. And Khabilov is proud to be part of it.