Alexander Volkov’s third UFC victory was his most impressive by far, as he stopped Stefan Struve in the third round of a clash of heavyweight contenders that headlined the UFC Fight Night card at Ahoy Rotterdam in the Netherlands on Saturday.

Beverwijk’s Struve,  looked sharp for much of the first round, mixing up his striking attack to keep Volkov off balance. “Drago” wasn’t getting dominated by any means, though, and he landed enough blows of his own to stay sharp. In the closing minute, things heated up when a Struve knee cut Volkov under the left eye and the Russian responded with a takedown and some spirited ground-and-pound.

By the second, Volkov’s nose was bloodied as well, and an accidental eye poke by Struve didn’t help matters. But after a brief break and a visit from the doctor, Volkov got back to business, and an uppercut snapped Struve’s head back. The Dutchman wasn’t hurt by the blow, and he continued peppering his foe, but Volkov kept pressing and landing more and more hard shots. Another inadvertent eye poke by Struve brought a halt to the action and promoted a stern warning from referee Marc Goddard, and while the exchanges were heated once the action resumed, it was Volkov who was landing the telling blows.

Moscow’s Volkov continued to walk Struve down in the third round, and the height and reach advantage for the Dutchman was no longer an issue. As Struve backed up to the fence, Volkov issued out combinations, with a right uppercut capping one off and putting Struve on the seat of his pants. A follow-up series of strikes followed, and referee Marc Goddard stopped the bout at the 3:30 mark.

Back in action for the first time since March 2016, Siyar Bahadurzada had a triumphant return in his adopted home country of the Netherlands, stopping previously unbeaten newcomer Rob Wilkinson in the second round of their middleweight co-main event.

Bahadurzada visited the deck a couple times in the opening round courtesy of Wilkinson takedowns, but other than that, it was a good return frame for the Afghanistan native, who landed hard punches to the head and body and even tried to lock in a D’Arce choke on the newcomer.

In the second, though, Bahadurzada was warmed up and walking Wilkinson down. A right hand jarred the Sydney product, but a left hand put him on the deck. “Razor” Rob gamely tried to weather the storm, but Bahadurzada closed the show, with a series of unanswered blows bringing in referee Leon Roberts to call the bout off at the 3:10 mark. 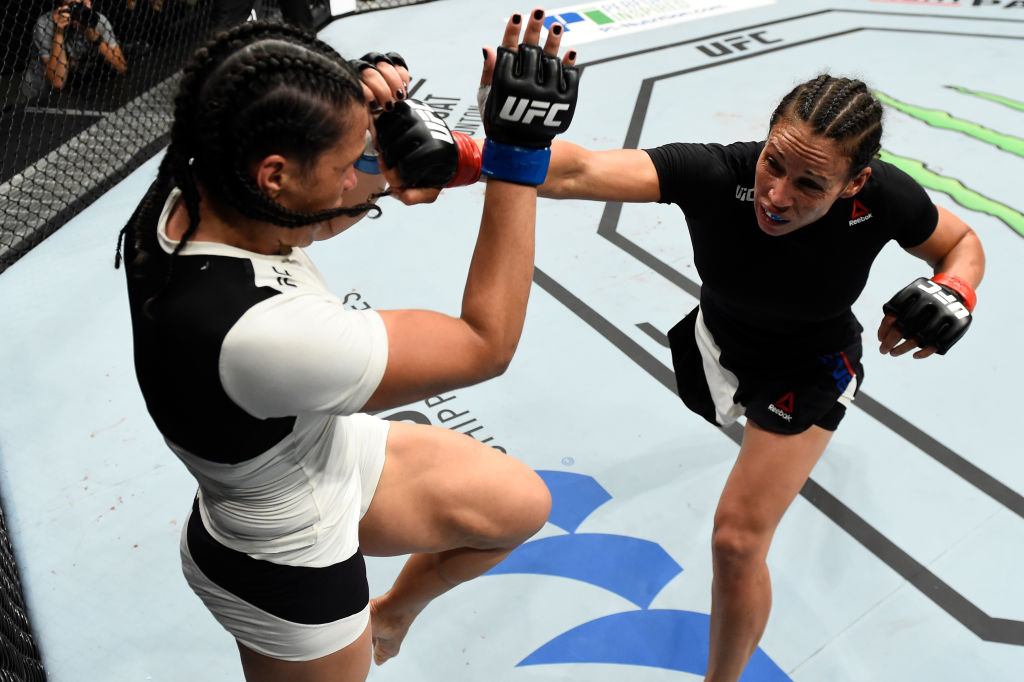 Bernardo got a takedown in the opening minute, and while Reneau swept her way out of trouble, the Brazilian put her right back into it with a chain of submission attempts. Again, Reneau got loose, but Bernardo was relentless in her quest to finish, wrapping up a solid first round.

Fatigue had clearly set in on Bernardo in round two, allowing Reneau to get her strikes in during the first three minutes. Bernardo did get a takedown with two minutes left, but Reneau quickly rose and resumed her standup assault.

Bernardo got a takedown to open the final round, but this time Reneau was the one looking for the submission from her back, and when they didn’t succeed, she got loose, took her opponent’s back and threw a barrage of unanswered ground strikes that did end the fight, as referee Kevin Sataki halted the bout at 4:54 of the third stanza. 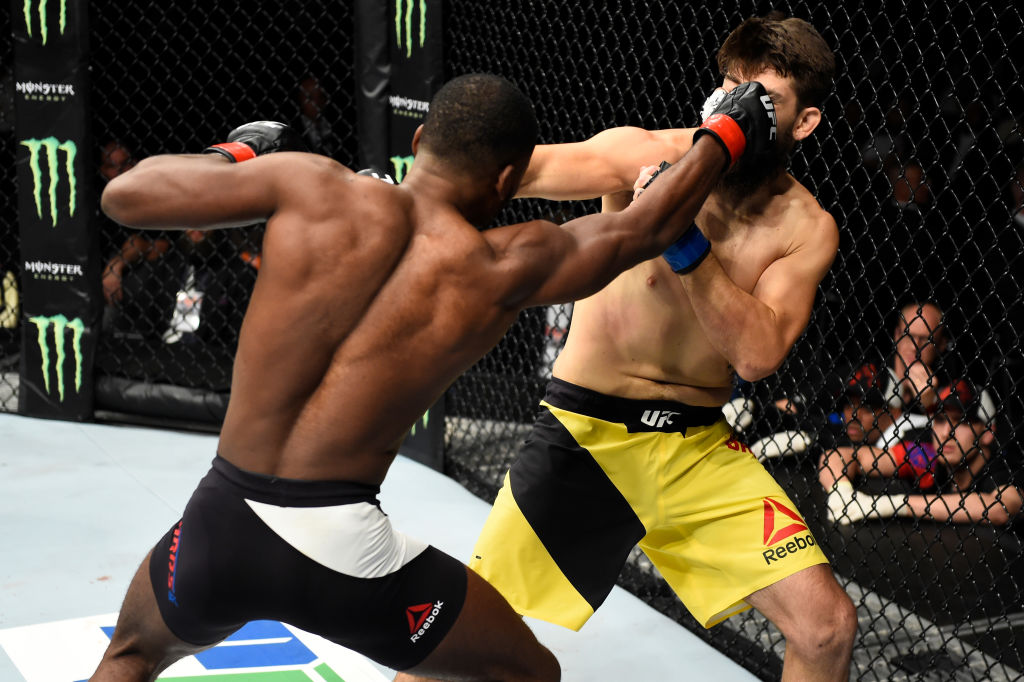 In a clash of welterweight up and comers that opened the main card, Leon Edwards won a hard-fought three round unanimous decision over Bryan Barberena.

Edwards got off to a fast start, scoring well with strikes from a distance until he caught a Barberena kick midway through the round and put the fight on the mat. From there, the Brit extended his lead as he nearly sunk in a rear naked choke, but Barberena survived.

In the second, Barberena began his customary comeback, dropping Edwards with a left hand and nearly finishing him, but now it was time for “Rocky” to show his resilience and survive, and he did just that.

Edwards recovered in time for the final frame and with his mix of striking and grappling, it was more than enough for him to win the round and the fight.