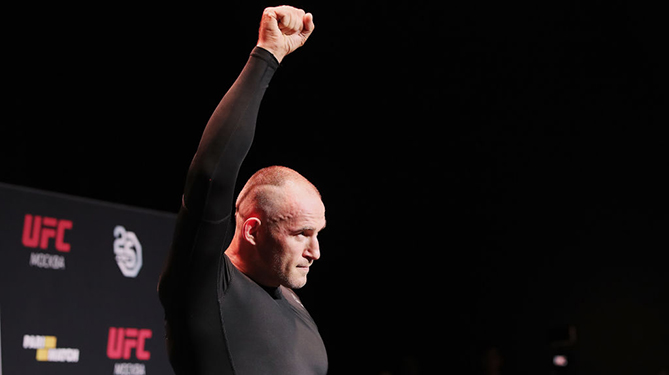 If there was any doubt that the UFC would be well received in Russia it’s surely gone now. On Wednesday evening, hundreds of fans packed the Cition Arena to get a first look at some of the fighters during UFC Fight Night Moscow: Hunt vs. Oleinik’s open workouts.

And they weren’t disappointed.

After a brief introduction from host Dan Hardy, greeting fans and taking pictures with the crowd the night kicked off with Alexei Kunchenko. His impressive 18-0 record has the attention of many, including the fans who were packed inside the arena. Kunchenko showed everyone what the hype was all about by delivering an intense workout that displayed his striking and ground skills.

Next up was former champion and Russian fan favorite, Andrei Arlovski. After a big round of cheers the fighter from Minsk rocked some mitts with his trademark power. Following the Pit Bull on stage was light heavyweight Nikita Krylov . The Miner had a big smile on his face during his entire workout and the crowd definitely felt his energy, responding with big cheers throughout.

In what might have been the most high-energy workout of the night, #4 ranked light heavyweight Jan Blachowicz put on a show featuring powerful kicks and dazzling combinations that kept the crowd oohing and ahhing.

There wasn’t any fighter that received a bigger welcome than Russia’s own Alexei Oleinik. Whistles and chants exploded from the crowd before he could even take the stage. The submission specialist and legend proceeded to give the fans what they wanted, mixing in a variety of attacks on his feet and on the mat. 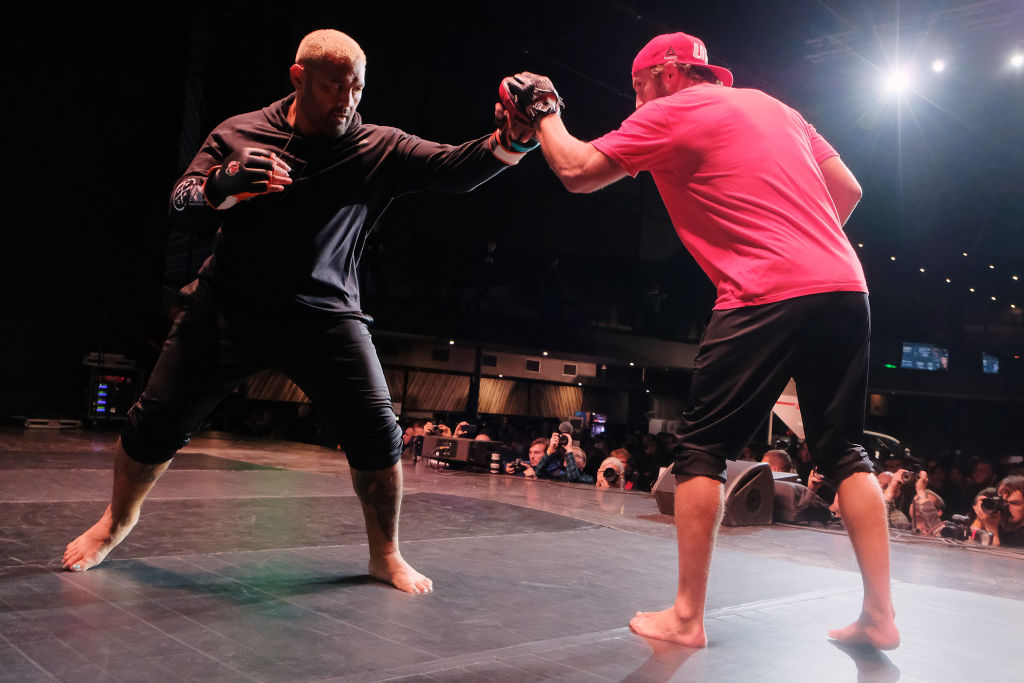 But that didn’t mean that the fight faithful didn’t love them some Mark Hunt. The crowd cheered for Super Samoan during his workout. Looking lean and mean, Hunt showed the Moscow locals how his legendary work.

With such an interest in sport culture and MMA the Russian scene for combat sports is robust. And other than a giving the fighters a chance to break a sweat, tonight’s open workouts proved just that.

Make sure you tune in Saturday at 10:30 am EST to watch the exclusive UFC Fight Pass event.