Rumble and Rashad Movin On Up 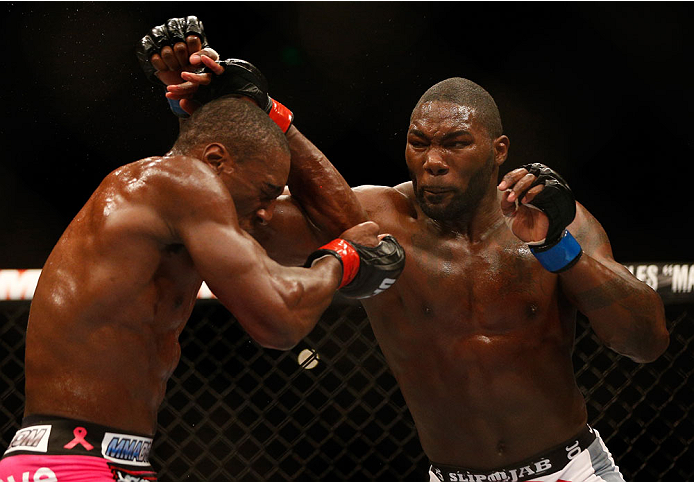 Former UFC light heavyweight champion Rashad Evans may have made his first nod to 70s television classics with his Fred Sanford impression after knocking out Chuck Liddell at UFC 88, but "Suga" may want to channel The Jeffersons now, as he and Blackzilians teammate Anthony "Rumble" Johnson are movin' on up in the official UFC Fighter Rankings following Johnson's big win over Phil Davis last Saturday at UFC 172 in Baltimore.

Johnson, back in the UFC for the first time since 2012, extended his winning streak to seven with his shutout decision victory over Davis. In the process, the media voters moved him from number 14 to number five, with Davis falling to the number seven slot.

The victory, coupled with champion Jon Jones' win over Glover Teixeira in Saturday's main event, also did wonders for the man working the corner of "Rumble," as Evans was elevated from three to two in the rankings as Teixeira fell from two to three.

Remaining in the number one slot is Alexander Gustafsson, the next man to challenge for Jones' crown.