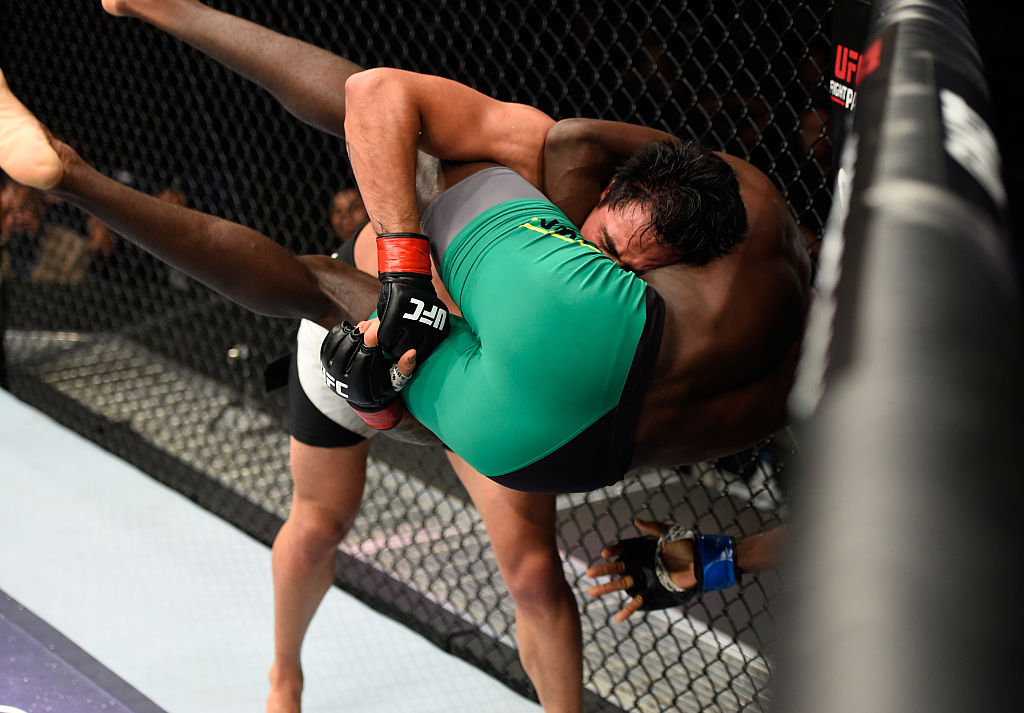 The first round was largely contested in the clinch against the fence, with little significant action outside of a couple knees by Brown.

Brown got a takedown in the opening minute of round two, but Montano didn’t stay there long, instead rising to his feet and getting his own takedown. While on the mat, Montano stayed in control, even as Brown tried to use the fence on multiple occasions to escape.

With the fight possibly on the line entering the final round, Brown delivered and took it out of the judges’ hands, using a Montano takedown attempt to sink in a guillotine choke that produced a tap just 18 seconds into the third stanza. 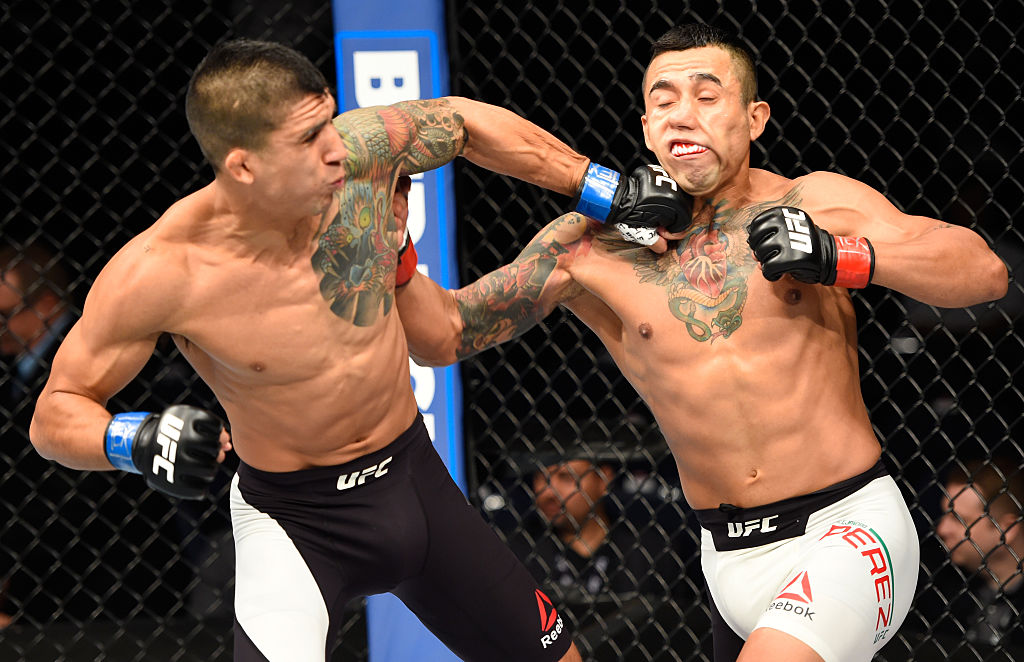 Bantamweights Alejandro Perez and Albert Morales fought to a three-round draw in the opener, with a second round point deduction costing former TUF LATAM winner Perez a decision victory.

The first round of Morales’ UFC career was a solid one, as he marched after his opponent and fed him a steady diet of leg kicks. Mexico’s Perez was able to cut the Californian, but that didn’t deter him in the slightest.

The second was closer, with Perez starting to get his offense going, but referee Kerry Hatley threw a wrench into the scoring mix when he deducted a point from Perez for hitting after the bell. That deduction was all that Perez needed to kick his game into gear, as he roared out for the third round and sought the finish. Morales countered the aggressive attack by scoring a flash knockdown, but Perez battled back with a takedown and some ground-and-pound that appeared to stun Morales. Morales got off the mat and shot in with a flying knee, only it was to the head of the downed Perez. Hatley didn’t stop the action to penalize “The Warrior,” and while Perez did score well down the stretch, he wasn’t able to pull off the finish.