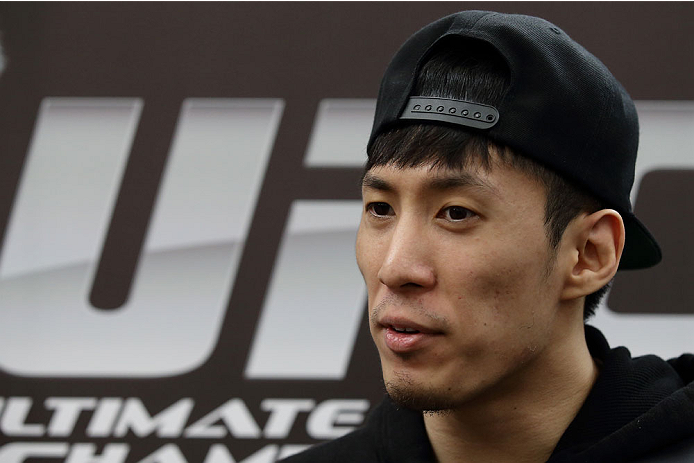 The first season of The Ultimate Fighter China is long over, but Royston Wee has a memory just as long. So when he steps into the Octagon this Saturday night in Manila to face season one winner Ning Guangyou, it’s more than just another fight for the TUF China alternate.

“To me, this is one of my biggest fights for sure and I’ve got a lot of things to prove,” Wee said. “I was supposed to be in the Ultimate Fighter China, but I only got in as an alternate and wasn’t able to be in the house. So I wasn’t able to show myself on the reality show. Ning Guangyou was the winner, so if I beat him, it just goes to show that I should have been in the house and I should have been the winner of the house.”

I remind Wee that another pretty good fighter on the Manila card, headliner and former UFC lightweight champion Frankie Edgar, didn’t make the cut for The Ultimate Fighter, and he knows that what happened over a year ago really doesn’t matter, especially with two UFC wins already under his belt. But the Singapore native is also a competitor, so getting this one will prove something, even if only to himself.

And let’s face it, we all want our fighters to compete with a bit of a chip on their shoulder, to have that desire to avenge slights real or perceived and to give their all in the quest to do so. This isn’t a personal thing between Wee and Guangyou, who he describes as “by far the toughest opponent I’ve faced;” it’s just part of the job, and Wee has every intention of keeping his unbeaten record spotless.

That record was initially built in Malaysia, and as a promising talent on the rise, the Singaporean was a natural for the UFC’s first event in his home country in January of 2014. In that first bout, Wee delivered, decisioning Dave Galera. But with just three pro fights, was he truly ready for life in the ultra-tough UFC bantamweight division? Apparently he was, as he earned a second win last August, defeating Yao Zhikui. That’s a big deal, not just personally, but for Singapore’s MMA scene.

“Before I got in the UFC, there were already a lot of people training MMA and wanting to compete,” he said. “And I guess I helped because I competed in the UFC. I think more guys see a future and that they might have a chance to compete at a higher level and the doors are always open for them.”

Yet the funny thing is, Wee kept his MMA career under wraps from his family for a long time. How long? Well, up until the media at home started covering his UFC debut.

“In the beginning, when I wasn’t fighting internationally, I wouldn’t really tell my family or relatives what I was really doing,” he said. “Then when I fought in the UFC and the news got really big, especially in Singapore, I had no choice. (Laughs) Everybody knew what I was doing. They were still skeptical in the beginning (about fighting being a career) when I went back and visited them, but now they’re just looking forward to my next fight and the rest of my fights. So it’s pretty good now.”

It is, and the 28-year-old couldn’t be happier with how his fighting career – and life – is going right now.

“My life changed a lot. I’m able to fight at a high level, and to do that, I need to train at a higher level as well. I’ve got people recognizing me and I started making a little bit more money, so it’s pretty good actually. Initially, it was a bit overwhelming when I wasn’t prepared for all this - the media stuff and everything. But now it’s quite all right. I’m getting used to it, I’m actually enjoying it, and it’s not difficult at all, as long as you embrace it and you enjoy it.”