Roxanne Modafferi has been fighting since 2003 but she still is ascending towards her prime
By E. Spencer Kyte, on Twitter @SpencerKyte • Jun. 15, 2020

Seldom do athletes switch up their approaches and make appreciable gains more than a decade into their careers. Starters in stick and ball sports age into support roles, while superstars shift to relying on experience and guile in order to produce one or two more elite years, but rarely, if ever, do they show sustained positive improvement long after breaking into the league.

Seventeen years into her career as a professional mixed martial artist, Roxanne Modafferi is doing just that, transforming herself from a pioneer with an excellent submission game to a current contender in the UFC flyweight division complete with dramatically improved striking, a robust, effective strength and conditioning program and the potential to challenge for UFC gold in the not too distant future if things break her way over the next couple of fights.

“I’ve seen fighters go from being fighters to being athletes and I’m catching up,” said Modafferi, who began her career with a victory over Hikaru Shinohara in the Smackgirl promotion at the tail end of 2003 and fights for the 42nd time on Saturday when she takes on Lauren Murphy in a critical matchup for the former Ultimate Fighter contestants. “In the very beginning, I was just going up — I was one of the top competitors in the bantamweight division. They still called it vale tudo back then, so I’ve seen so many changes.

“It’s been a rollercoaster ride with a lot of ups and downs and different phases.”

Modafferi’s career hasn’t just been a rollercoaster ride, it’s been much more akin to the world’s biggest, fastest, scariest rollercoaster ride; the kind where you’re excited for the ride to begin, wishing it would be over in the middle, and eager to ride once more as soon as the cars pull back into the platform.

Ten years and 20 days after registering a victory in her debut, Modafferi stepped into the UFC Octagon for the first time, dropping a unanimous decision to Raquel Pennington at The Ultimate Fighter: Team Rousey vs. Team Tate Finale in Las Vegas. It was her sixth consecutive setback and dropped her record to 15-11 overall.

After a decade in the game, it appeared that the sport had passed “The Happy Warrior” by and she would miss out on the opportunity to compete under the bright lights that had finally been focused on female competitors. 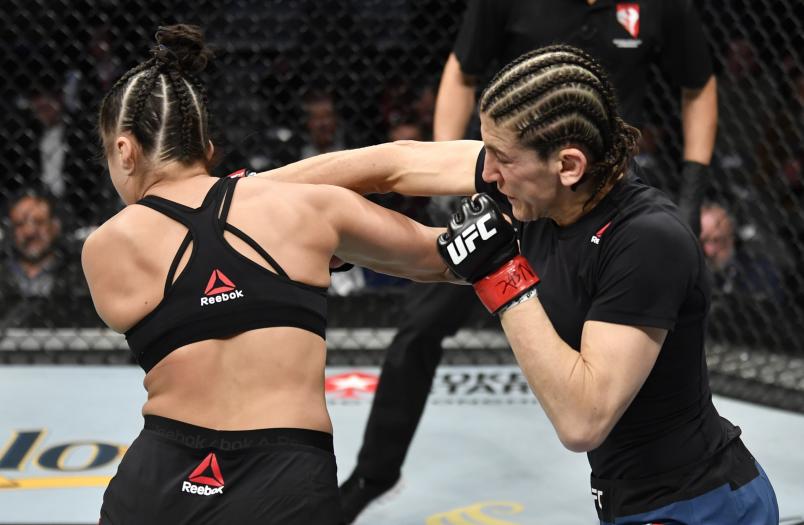 The ever-positive Modafferi considered retirement, but something in the pit of her stomach told her to soldier on instead.

“I just had this gut feeling like, ‘I can still improve and I still have potential,’” she said, reflecting on her decision to continue fighting while suffering through the worst stretch of her professional career. “There was something I didn’t have, and I knew I could improve.

“If I start getting knocked out every fight and my chin goes or I start getting concussions, that’s probably when I’m going to retire, but back during that rough stretch, I just had this feeling that I could do more. I needed a better coach, I needed something and I was just still looking for that something.”

The something she needed turned out to be a move to Las Vegas, a shift to training at Syndicate MMA under head coach John Wood, and a strength and conditioning program crafted by her coach, Lorenzo Pavlica.

Following her move to the “Fight Capital of the World,” the 37-year-old veteran rattled off a 6-2 run with victories over Tara LaRosa, Andrea Lee, DeAnna Bennett, and Sarah D’Aleilo, joined the cast of The Ultimate Fighter for a second time, and fought for UFC gold.

Over the last three years, Modafferi has established herself as a legitimate threat in the 125-pound weight class, earning wins over Barb Honchak, Antonina Shevchenko, and Maycee Barber, while dropping a pair of decisions to opponents who failed to make weight, Sijara Eubanks and Jennifer Maia.

“The last five years have been really cool for me because the females have really caught up to the men,” said Modafferi, who registered one of the biggest upsets of the year when she defeated rising star Maycee Barber back in January. “Every fight means something different to me because the circumstances are always different, but it’s so cool to still be in the UFC and still be relevant because this was my dream.

“My only two losses in three years have been to people who missed weight, so it’s super-frustrating,” she added. “If I can’t eat sushi, you can’t eat sushi. Make weight, mudder-fudger!”

Yes, she actually said “mudder-fudger,” chasing it with a laugh, because even when she’s upset, the well-respected, ultra-positive Modafferi is still one of the most genuinely nice people on the face of the earth.

“I’ve never missed weight,” Modafferi continued. “It so frustrating because it screws with my head; I don’t know if that weight made a difference. I don’t want to tell myself I lost because of the weight — maybe she was better — but you never know, and it sucks because she could just miss weight, give me her money, and not care.”

Having her opponent miss weight isn’t a concern for Modafferi this time around, however, as she readies to face her housemate from Season 26 of the UFC’s long-running reality TV competition Murphy, who has never missed the mark in her 16-fight career.

The duo essentially put this fight together themselves, each suggesting a bout with the other made sense after their latest victories — Murphy defeated Andrea Lee three weeks after Modafferi bested Barber — and sticking to that position once a path was cleared for fighting to resume inside the Octagon. 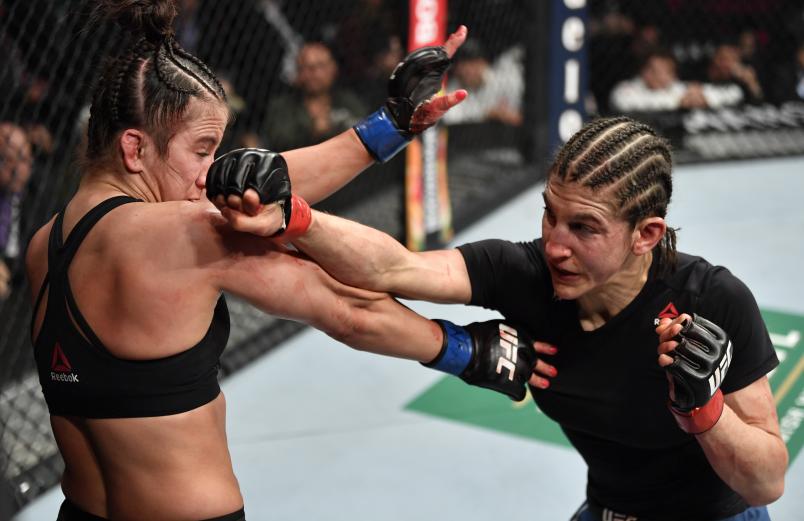 “We’re both tough, it’s going to be a throwdown, so I’m excited.”

Seventeen years into her professional career, Modafferi has transcended eras and reinvented herself, transforming from a pioneering specialist to a true mixed martial artist and one of the very best flyweights in the world.

She’s outlasted just about every woman she considered a contemporary in the early days of her career, as well as the two superstars who served as coaches during her first stay inside the Ultimate Fighter house.

She’s gone from being the struggling veteran whose run of losses overshadowed what an important figure she was in the days when female fighters received little to no attention to having fought for UFC gold and being close to another championship opportunity entering this weekend.

“(At the start), I was fighting for myself, not being recognized, except by hardcore fans,” said Modafferi. “But now people are going back and recognizing what I’ve done and my story is being told. Now I’m getting credit for all the hard work that I put in over 17 years, so that’s pretty cool.”

Incredible stories should always be told, and Modafferi’s is definitely one that fits that description, even if the final chapters are still waiting to be written.