It was a longer night than usual for UFC women’s bantamweight champion Ronda Rousey - 20 seconds more to be exact - but no less devastating, as Rousey successfully defended her title for the sixth time Saturday night with a 34-second knockout of fifth-ranked contender Bethe Correia in the main event of UFC 190 at HSBC Arena in Rio de Janeiro, Brazil.

The win followed finishes for the unbeaten Rousey that lasted 66, 16 and 14 seconds, lending even more credence to Sports Illustrated’s recent claim that the Californian is the most dominant athlete in the world.

"Instead of trying to force a clinch, I planned to overwhelm her striking so she would want to clinch first, and that’s exactly what happened,” Rousey said. 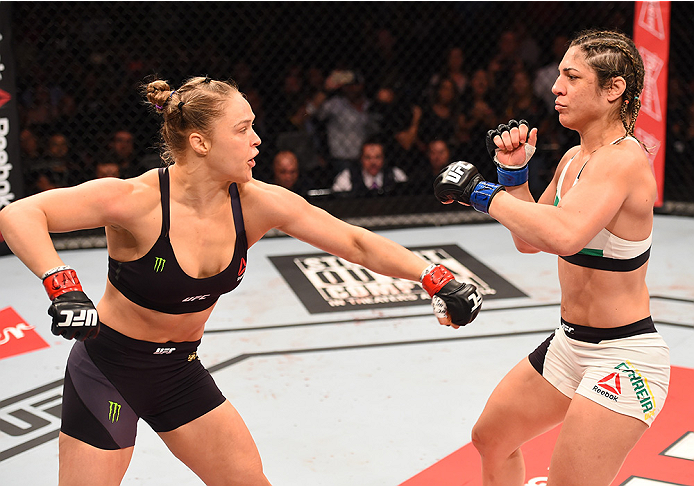 A sloppy exchange opened the bout, with both fighters letting the adrenalin drain, but then Rousey settled down after a wild scramble that saw Correia take a tumble, and then the champion went to work, mixing up strikes to the head and body. A knee to the midsection hurt Correia, and then a flush right to the temple sent the Brazilian face first to the mat, referee John McCarthy stepping in to stop the fight.

“I hope him and my dad had a good time watching this today.”