UFC women's bantamweight champion Ronda Rousey has laid an impressive path of destruction inside the Octagon since her debut in early 2013.


On Wednesday night, the entire sports universe stood up and took notice of the 27-year-old phenom when Rousey was awarded the ESPY for Female Athlete of the Year. 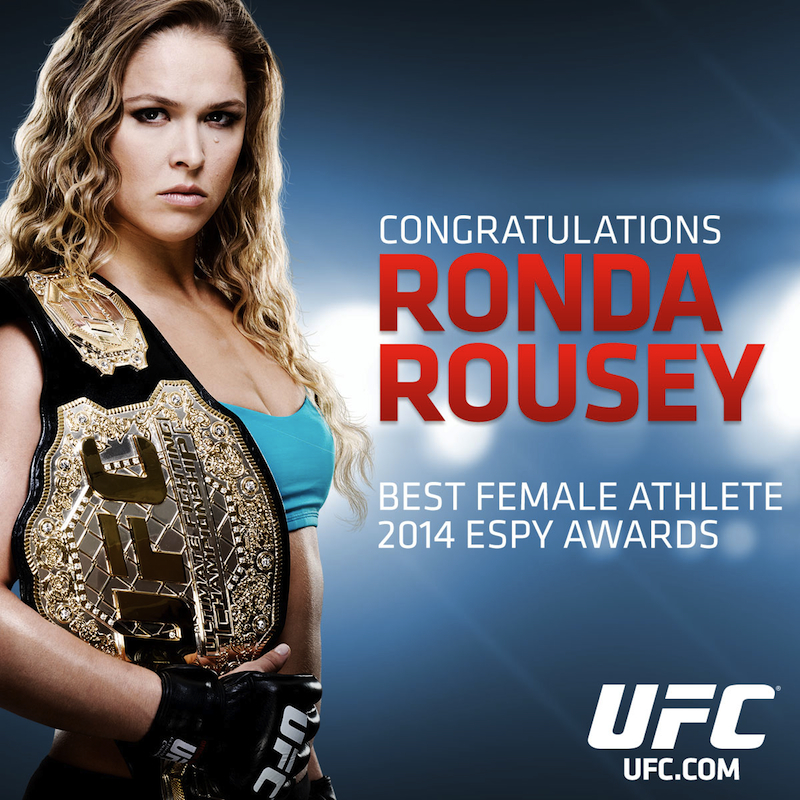 Rousey's undefeated run in the UFC has impressed even the toughest critics. She's been compared to Mike Tyson in his prime and is generally considered one of the best pound-4-pound fighters on the planet.

In her two fights that were within the ESPY calendar year, Rousey disposed of two top contenders in rival Miesha Tate and Sara McMann.

Tate gave Rousey her toughest test to date on Dec. 28 last year, but the champ was able to apply her devastating armbar in the third round to secure the title defense. Against McMann in February, Rousey connected with a big knee to the body to crumble McMann in the very first round.

Rousey is fresh off arguably her most dominant performance yet, when she beat Alexis Davis at UFC 175, recording the second-fastest finish ever in a championship fight with the 16-second TKO.

> Check out the UFC 175 Event Photogallery

Ronda, who is no stranger to making history, is the first UFC fighter ever to win an ESPY award.