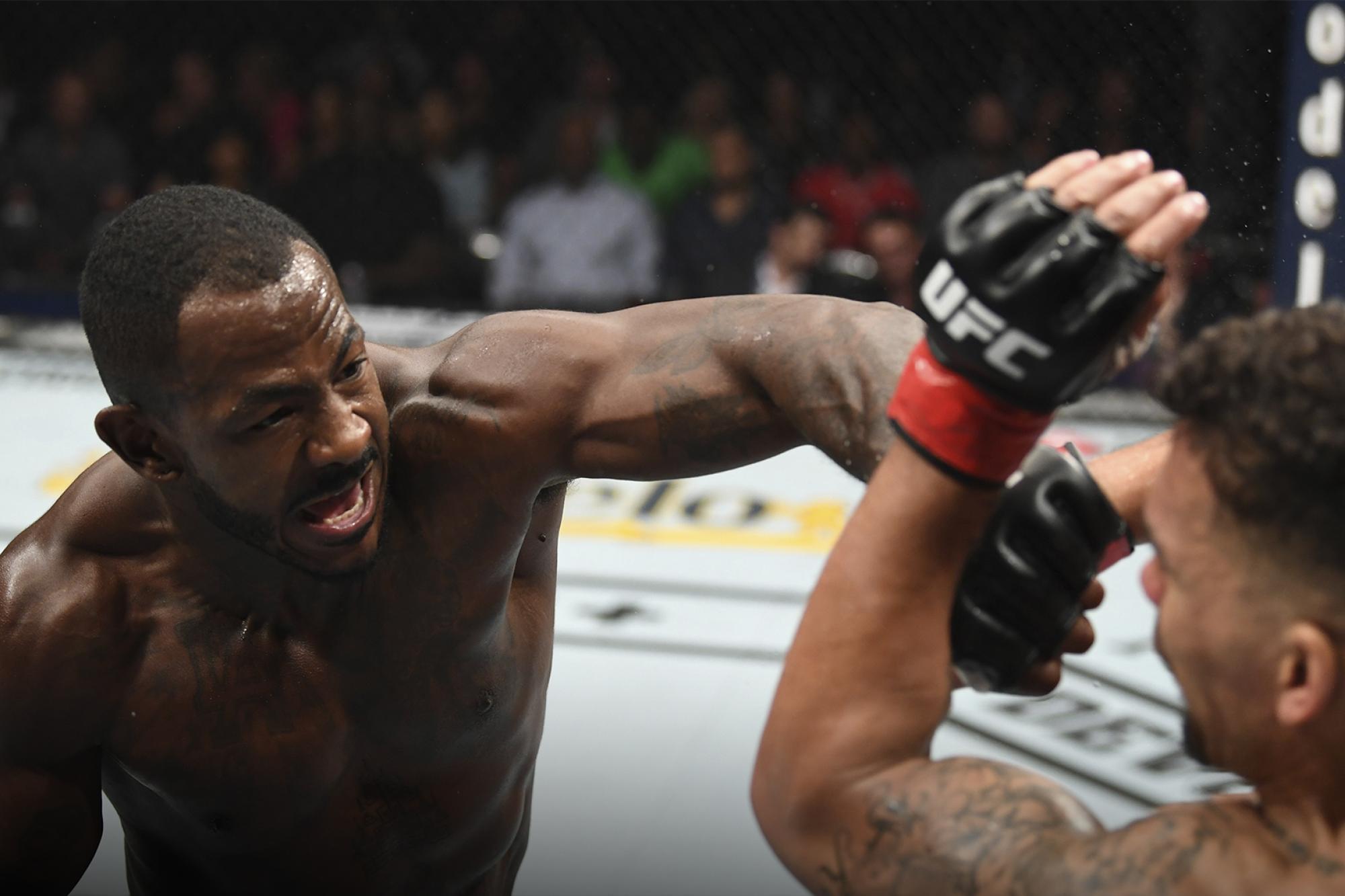 “As a martial artist, I’ve learned that the journey is never ending,” he said. “There is no real end and there is so much knowledge to learn and there are so many fighters and techniques."
By Gavin Porter, on Twitter: @PorterUFCnews • Sep. 26, 2019

There’s no doubt that April’s UFC 236 event had some of the promotion’s best moments of the year so far.

There was Dustin Poirier defeating Max Holloway for the interim lightweight belt in an absolute slugfest and Israel Adesanya beating Kelvin Gastelum in one of the best fights you’ll ever see.

But also on the card was light heavyweight Khalil Rountree Jr., who took on Eryk Anders. It was Rountree’s first bout since moving full-time to Thailand to train at Tiger Muay Thai. And boy, oh boy, did that transition pay dividends.

Rountree was able to absolutely outclass Anders, connecting with devastating kicks and vicious striking attacks. It was about as impressive of a performance as you’ll ever see in the UFC. And while that night in Atlanta served as the new Khalil Rountree’s coming out party, he had mixed feelings about the aftermath of his big win.

“I’ve had mixed emotions about it because I’ve had good fights and I’ve had bad fights. I’ve kind of always been on and off the radar since I’ve been in the UFC,” Rountree said. “For my last fight it feels like that’s the one where people are like ‘ohhh, there he is! This is the guy!’ And now I’m like, ‘Is this what people expect every time?’ It’s kind of a weird place to be, but overall it’s good.”

Rountree is happy to have gained new fans thanks to his fight against Anders, but he is more excited to have earned the respect of Muay Thai fighters and trainers in Thailand. It’s been his newfound love for the art of eight limbs that helped him dismantle Anders.

“As a martial artist, I’ve learned that the journey is never ending,” he said. “There is no real end and there is so much knowledge to learn and there are so many fighters and techniques. I haven’t even gotten close to being anything great compared to what I’ve seen. I’ve learned that this is pretty much the beginning of a new journey for me.”

On Saturday at UFC Copenhagen, Rountree is set to take on the dangerous Ion Cutelaba. It’s a matchup that should produce fireworks and it definitely has the Los Angeles native pumped.

“I think he’s a really tough dude. Mentally and physically, he’s strong, he doesn’t really show fear and he hits hard,” Rountree said. “I’ve seen all the great things about the guy and so that’s why I’m like, ‘Hmm, this fight’s interesting.’ I get to have a really good challenge and I’m ready for it and excited for it.”

Rountree believes a fighter like Cutelaba will bring out the best in him in Denmark. He also thinks that a win over the recently ranked Cutelaba could finally punch his ticket into the light heavyweight top 15.

“A big win this weekend would definitely project me up into the top 15,” he said. “And if it doesn’t, then I’m already used to that. I’ve been in the UFC for I don’t know how long now and I’ve never hit the top 15, so I’m like, ‘Eh, whatever.’”

The former Ultimate Fighter finalist is confident in his skills, his technique and his coaches, and he is ready to take a risk to take care of business on Saturday.

Watch his fight and more at UFC Copenhagen on ESPN+ this Saturday. The main card begins at 2pm/11am ETPT with the prelims starting at 11am/8am ETPT.