Rountree Wants To Be Watched, Remembered For The Right Reasons

Standing in the Octagon moments after scoring an emphatic knockout win to begin the UFC 226 Pay-Per-View main card in July, Khalil Rountree Jr. didn’t call anyone out.

Fired up after finishing Gokhan Saki in 96 seconds, the former TUF finalist acknowledged that turning back the kickboxing standout many expected to dominate the encounter was satisfying and then offered up a simple message to everyone in the division, the UFC as a whole and everyone watching the event: I’m here.

“The reason I made the statement that ‘I’m here’ is because it’s the truth, man,” began the 28-year-old upstart, explaining his brief, but impactful comments after making quick work of Saki. “I’m not here to take the fast route or the easy route — to hurry up and get to the title, take easy fights, or hurry up and make my name bigger. I believe that all of that stuff will come through just my commitment to being here and being ready to fight whomever it is that I have to fight.”

In today’s MMA landscape, it’s a somewhat novel approach or at least one that hasn’t proven as fruitful as flexing your Twitter muscles or drumming up drama with a more established name in hopes of scoring an express pass to a marquee matchup.

Rountree knows he might be doing himself more harm than good in the short-term by taking the quiet, “next man up” approach to working his way up the light heavyweight rankings, but to the thoughtful and articulate knockout artist, there is much more to his career than making an expedited rise to the top of the division. 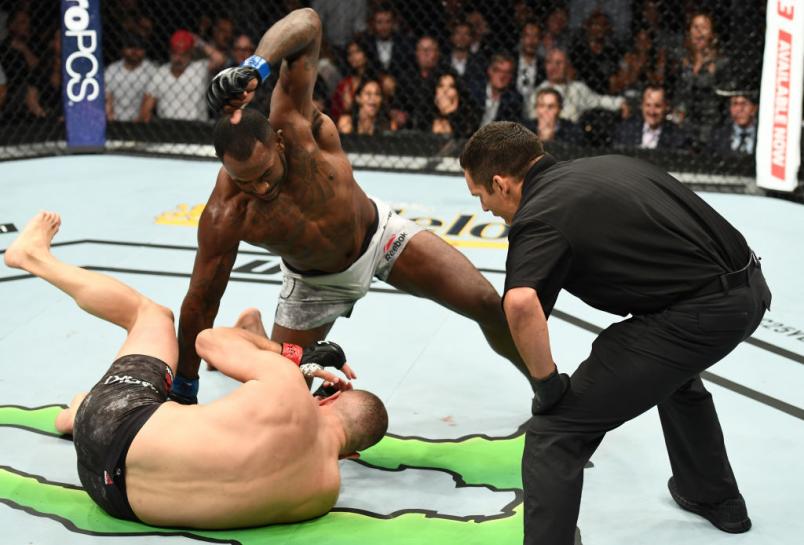 “It may not be the smart thing for me to do by staying quiet because the squeaky wheel gets the grease, but at the end of the day, when this is all over for me, I want to be remembered for what I gave to the sport and everything that I showed — the person I was, the respect that I showed with others; all of those things.

“Everyone is going to have their reasons to want to watch a fight, whether it’s ‘these guys hate each other’ or ‘this guy slapped his friend in the face,’ and, for me, I’m not the guy to really trash talk,” continued Rountree, who once again finished out his training camp for Saturday night’s contest at the Blackhouse gym in Los Angeles. “I keep to myself and I want my fights and my skill and what I bring as a mixed martial artist to bring eyes.

“I want people to watch me for my skills — not for how much trash I talk or how much I’ve insulted someone else. I want to develop my skills so that fans (think), ‘I’m going to pay to watch this guy because he’s skilled.’ That’s the approach.”

And Rountree’s skills are clearly developing, although the fact he’s still a relatively inexperienced fighter facing an uphill battle against lofty expectations has occasionally been forgotten.

His win over Saki at UFC 226 was just the 11th fight of his career and, unlike the majority of his contemporaries, Rountree didn’t matriculate to mixed martial arts after starting in a single discipline or competing at a high level in a different sport.

Initially, the intriguing light heavyweight began training as a way to lose weight, only to realize that he had an affinity and aptitude for fighting.

As soon as he debuted, Rountree started generating buzz, and by the time he appeared on Season 23 of The Ultimate Fighter, he was regarded as one of the top prospects in the entire sport and pegged as one of the favorites to win the light heavyweight competition. While he reached the finals, Rountree ran into Andrew Sanchez, a two-time NAIA National champion wrestler with more experience in the cage and a tremendous pedigree on the ground.

“El Dirte” dominated the contest, joining the fraternity of Ultimate Fighter winners and handing Rountree his first professional loss in the process. Just under five months later, Rountree returned and caught a second consecutive loss after getting tapped out by UFC newcomer Tyson Pedro. 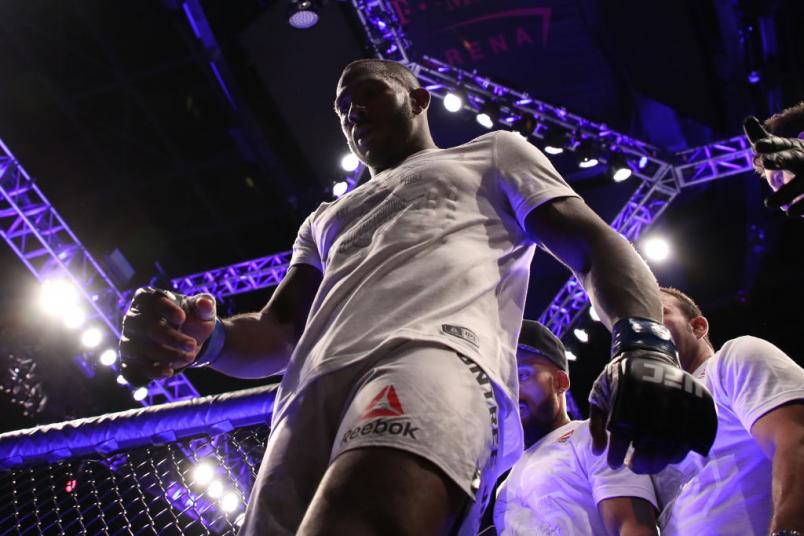 LAS VEGAS, NV - JULY 07: Khalil Rountree Jr. exits the Octagon after his win over Gokhan Saki of Turkey in their light heavyweight fight during the UFC 226 event inside T-Mobile Arena on July 7, 2018 in Las Vegas, Nevada. (Photo by Christian Petersen/Zuff

LAS VEGAS, NV - JULY 07: Khalil Rountree Jr. exits the Octagon after his win over Gokhan Saki of Turkey in their light heavyweight fight during the UFC 226 event inside T-Mobile Arena on July 7, 2018 in Las Vegas, Nevada. (Photo by Christian Petersen/Zuffa LLC/Zuffa LLC via Getty Images)

In the span of a few months, the hype had dissipated and the questions about Rountree’s future started being asked at a louder register.

“It’s a balance of both motivating and stressful,” he said of being saddled with high expectations and navigating the early days of his career in the spotlight. “But I lean more towards the motivation because on my roughest days emotionally and the days when I want to give up, the people around me that have that belief really help because they put things into perspective and remind me of where I come from and the things I’ve overcome throughout this journey.

“I’m my own worst critic and I can go in and have a really tough day in training where I think that I did awful, but then the coaches are like, ‘No, that was phenomenal. Compared to two months ago, that was (better by) leaps and bounds,’” explained Rountree, who has heard all the talk about his upside as a fighter, but still isn’t convinced himself.

“The more that I’m submerging myself in bad situations and diving into working on my weaknesses, the more I get closer to (proving that potential to myself). It’s going to continue to grow and I feel a little bit closer to that feeling.

“(I’ll tell my coaches), ‘Don’t stroke me; if it sucked, tell me because that’s the only way I’m going to get better’ and they’re like, ‘Honestly, there have been phenomenal changes in your overall performance, confidence in different areas.’

“For me, I’m still not settled,” he added. “For everybody else, they still see the potential and I think that as long as I continue to go in there and compete, it will come to light for me.”

Which brings it all back to his being here.

After knocking out Saki in spectacular fashion — in the opening bout of the annual International Fight Week Pay-Per-View event no less — Rountree believed a step up in competition would follow. Instead, he was offered this weekend’s opportunity in Buenos Aires, against an unheralded promotional newcomer in Brazilian prospect Johnny Walker.

While it was unexpected, it didn’t change his mindset one iota, and although he’s not a big fan of expecting anything, there is one thing Rountree expects this weekend.

“I expect a win,” he said. “That’s the only expectation that I have going into and coming out of this fight is a win.”

And when the dust settles and the smoke clears, Rountree will remain at the ready, standing in the center of the cage, prepared to face whomever the UFC throws at him next, whether it’s an experienced veteran or another neophyte because win or lose, he’s not going anywhere.