Rountree calm in the midst of chaos 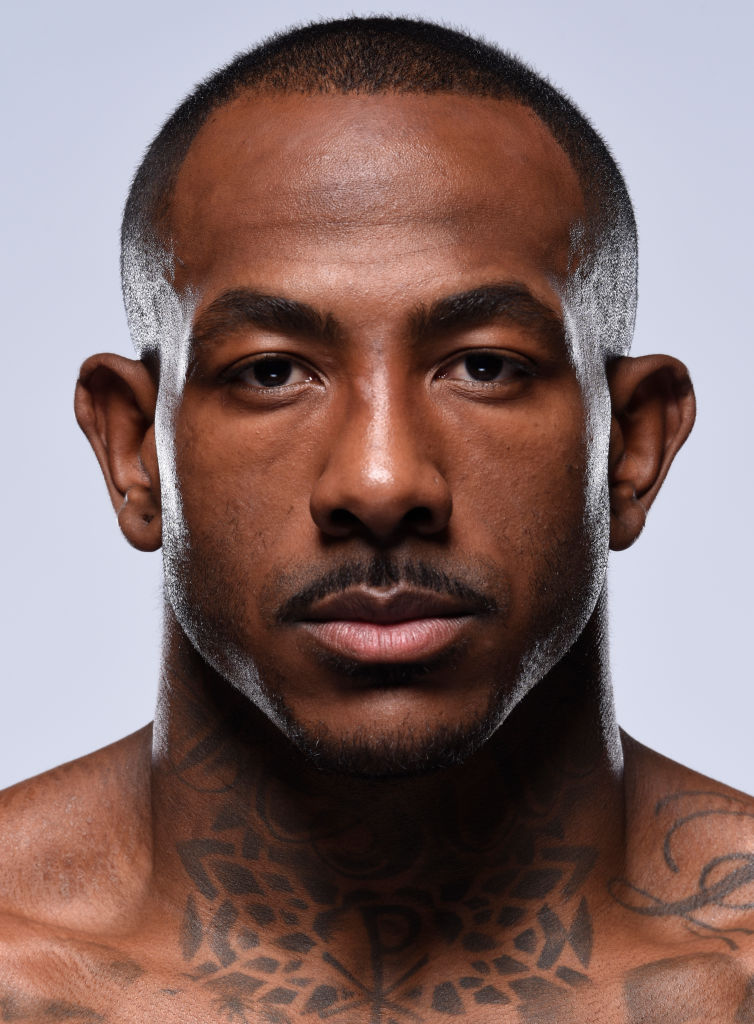 Fighting striking superstar Gokhan Saki on the main card of this Saturday’s highly anticipated UFC 226 event can rattle anyone.

But Khalil Rountree Jr. is as calm as can be in the lead-up to the biggest fight of his career, one fans are expecting to be the kind of standup battle that will have them on their feet from start to explosive finish. In fact, the 28-year-old has always been the sort not to get rattled on fight night, win or lose.

So where does such calm in the midst of chaos come from?

I can probably think of a hundred ways, but going to battle with an opponent trained to knock your head into the third row or take your limbs to places they were never designed to go seems to have worked for Rountree, who has meshed the fight game with his life in order to get to this place of peace.

“In life, we all have goals and this overall dream for our life,” he said. “But we all deal with things that rattle us. Some things are small and we can shake them off, but there are always big things that rattle us and I think that the rattling keeps us from really obtaining that big goal. So to be able to stay calm in the storm is one of the biggest challenges in life itself and I love to take it on.”

There will be a storm coming his way in the form of Saki, who may only have a 1-1 MMA record, but whose kickboxing record includes an intimidating 83 wins and 59 knockouts. Add in Rountree’s ability to end a fight with a single punch, kick, elbow or knee, and there’s no surprise why this bout has such a buzz around it.

“I know people are very excited for it,” Rountree said. “I have definitely heard the buzz.”

Yet while Vegas is the center of the fighting universe, especially for International Fight Week, Rountree got out of town for this one, heading to his native California to train for Saki.

“It’s something that I just wanted to do, and I had friends, coaches and other training partners there so I thought it would be a good thing to do to train with them,” said Rountree, who doesn’t rule out a return. “I can definitely see myself going back in the future, but I can’t really say at the moment that would be something full-time. But it is a place where I enjoy training.”

That willingness to shake things up is another step in the evolution process for Rountree, a TUF 23 finalist who will mark his two-year anniversary in the UFC on Sunday. Ask him if it feels like two years, and he doesn’t think so.

“I’d say it feels more like one,” he laughs. “It seems that if you were to ask me when my UFC debut was, it feels like it was last year at this time.” 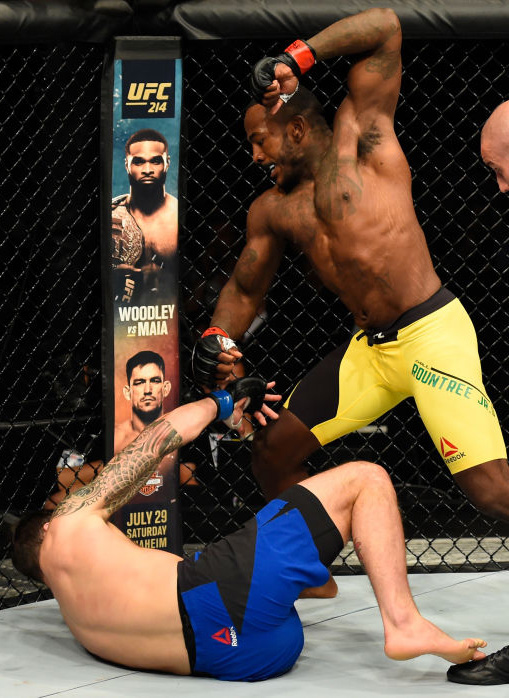 Paul Craig during the UFC Fight Night event on July 16, 2017 in Glasgow, Scotland. (Photo by Josh Hedges/Zuffa LLC)" align="right" />At this time last year, Rountree was about to even his UFC record up at 2-2 with a second consecutive knockout win, this one over Paul Craig. And while he dropped a subsequent decision to Michal Oleksiejczuk in December, a failed drug test by Oleksiejczuk turned the loss into a no contest, not that it was any consolation to Rountree. But seven months later, Rountree looks at everything with a more philosophical eye.

“I’ve gotten to the point where I felt like I was ready to make the run and even before that last fight in December, I had that feeling, and it felt great,” he said. “Then I go back and watch and just think about my stuff and how it is that I like to compete, for me to not only go for a run but to be really good, like a Jon Jones, it’s obviously gonna take more work. It’s still fairly new to me. I’m just seven years deep into MMA. I’m ready to make a run, but it’s not a feeling of ‘okay, that’s what I’m going after.’ I’m more focused on that constant growth. So I’m ready to grow and I think they go hand in hand.”

How far Rountree has grown may be determined by the opening moments of Saturday’s bout, when the angel on one shoulder tells him to think about taking Saki to the mat and making it a ground fight, while the devil on the other shoulder tells him to test his striking game against one of the best strikers in the world.

What will he do?