Rough Patch Over, Shane Roller Gets a Fresh Start 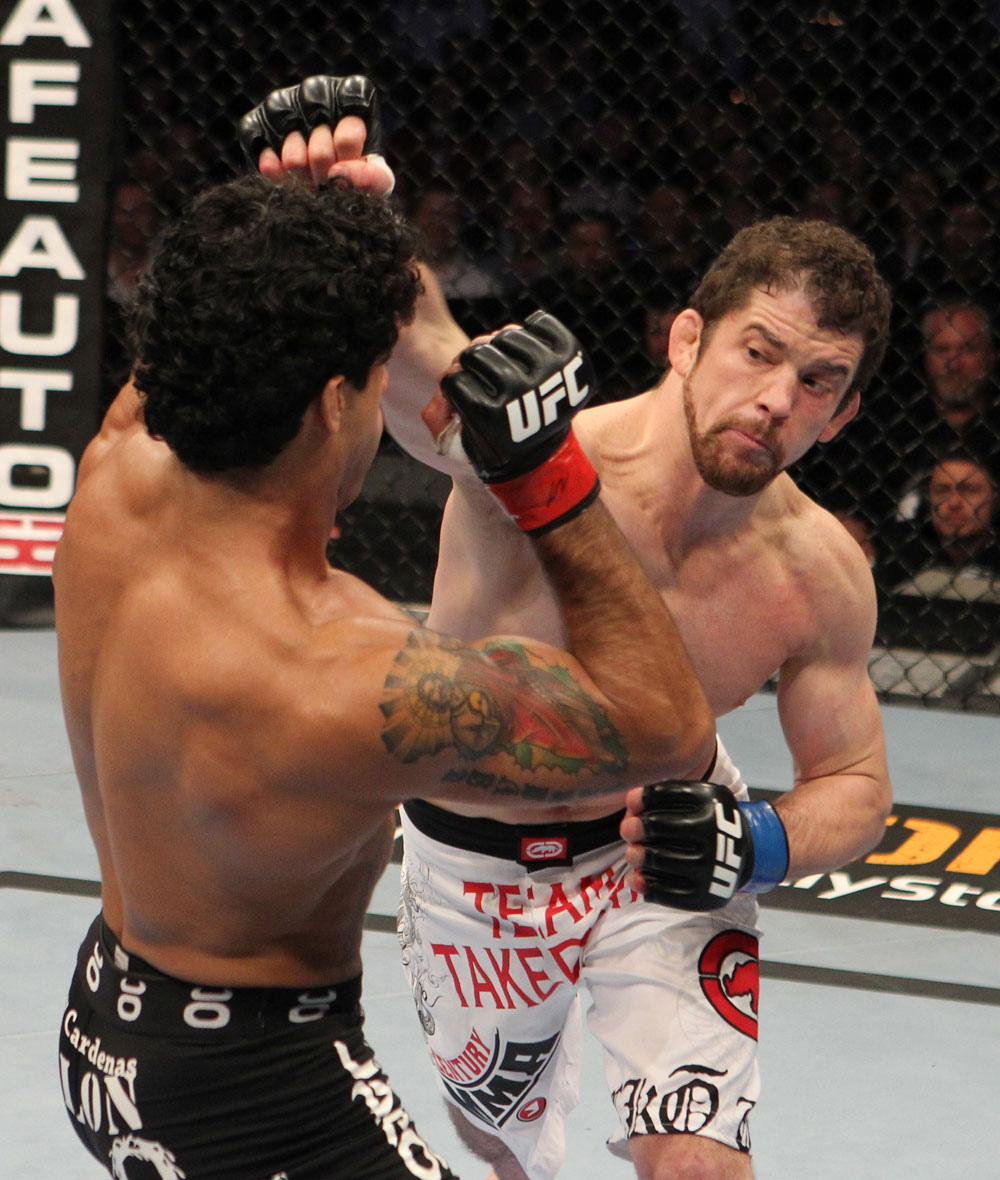 When it comes to the wrestling mat, a three-time All-American like Oklahoma State’s Shane Roller can pretty much run the table on anyone he might meet in the gym. But in the world of MMA, one-dimensional fighters don’t last very long, and to get the rest of his game up to speed as he navigates the treacherous waters of the UFC’s lightweight division, Roller has landed back in his hometown of Tulsa, Oklahoma to get some tough love from longtime super middleweight boxing contender Allan Green.

“You’re sparring with him and he’ll throw something and he’ll say you gotta be quicker than that, and the next time he’ll hit you right upside the head and say that’s why you gotta throw and pull back quicker,” laughs Roller of going rounds with Green, one of the select few world-class boxers who has embraced working with MMA fighters. It’s something he’s done not just with Roller, but with UFC vets Gerald Harris, Daniel Roberts, and David Heath, and it’s greatly appreciated across the board.

“It keeps you a lot sharper, and it’s really great to have him as one of my partners, because a lot of boxing guys, they don’t like working with MMA guys,” said Roller. “I don’t know if it’s because MMA is kinda taking over or if they think it’s two different sports or what, but I’m really grateful to be able to get in there and work with him.”

Getting ready for his 14th fight under the Zuffa banner (WEC and UFC), a Friday battle with fellow college wrestling standout Jacob Volkmann, Roller has shown a glimpse of his heavy hands in his Knockout of the Night win over Thiago Tavares in March of 2011, but the 33-year-old isn’t about to abandon his bread and butter, which for him, is wrestling and the submission game. So the trick is learning how to put it all together into a tough to decipher package.

“It’s an MMA fight, it don’t matter who’s got the best wrestling,” he said. “It’s whoever’s gonna win an MMA fight. They’re not gonna say Volkmann took Roller down more times than Roller took Volkmann down if I win the fight. That has nothing to do with it. I’m gonna work my gameplan, and I always think my wrestling’s better than the people I go against, and that’s my strong point, getting people to the mat and doing my submission wrestling. I always think I have an advantage in that aspect of the fight.”

But if he can keep it standing and let his hands go on “Christmas,” that works too. Simply put, Roller will do whatever it takes to win the fight, and after three consecutive losses to Melvin Guillard, TJ Grant, and Michael Johnson, he did just that, relying on his wrestling and control of the Octagon to decision John Alessio at UFC 148 in July. It may not have set the house on fire in terms of excitement, but the father of three knew that a loss could have spelled the end of his UFC career for the moment, and he wasn’t ready to let that happen. As the great boxing trainer George Benton once said, “win today, look good next time.”

Now it’s next time, and Volkmann, who is coming off a May loss to Paul Sass that snapped a five fight winning streak, has thrown down the gauntlet – at least on the internet – with comments that he’s going to break Roller with his University of Minnesota wrestling pedigree. Roller chuckles at such comments.

“I don’t spend much time sitting there and worrying about what people are saying about me on the internet,” he said, and it’s a statement you believe without hesitation, given his soft-spoken nature. For him, it’s always been about the fight and the competition, ever since he turned pro in 2007. Back then, the sport was just starting to explode worldwide, something he expected from the start.

“I knew it was gonna take off,” he said. “It was a big craze back then when I got in, and I felt it. What’s not to love about it? You got two guys out there competing and doing everything to get their hand raised for 15 minutes in just grueling competition. I really felt like it was gonna go mainstream and take off like it has and I still think it’s even gonna get bigger. I’m excited for where it’s going and I’m excited where it came from and how fast it’s grown.”

He’s also excited about his own future, one that brightened considerably after beating Alessio.

Next up, Jacob Volkmann. In an MMA bout, not a wrestling match.

“I’ve got the confidence and I know that I can go with anybody in the division,” he said.