For Rothwell, Fighting Is In The Soul

Heavyweight contender prepares for his comeback bout in Wichita
By Thomas Gerbasi • Mar. 6, 2019

“I wasn't gone,” says Ben Rothwell. “I was just taking a break.”

He chuckles, a brief moment of levity as the longtime heavyweight contender prepares for his Saturday comeback bout against Blagoy Ivanov in Wichita. It’s been nearly three years since Rothwell was in the Octagon, where he saw a four-fight winning streak snapped by this weekend’s headliner, Junior Dos Santos in April 2016.

That was bad enough, but what was worse was the two-year USADA suspension Rothwell received for a failed drug test in 2017. And it hit him hard, so don’t expect any quotes from him about recharging his batteries, getting some time to himself, or letting his body rest. 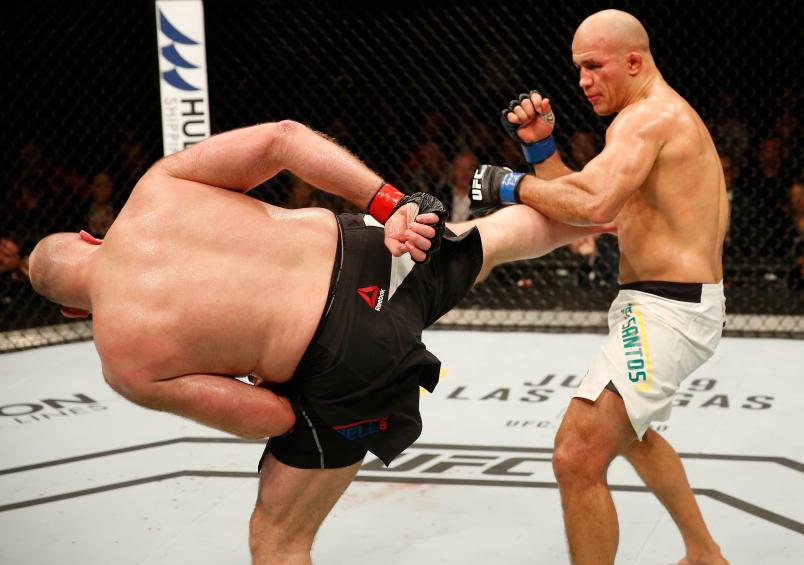 “I don't have many positives,” he said. “I lost three years of income. A year of it, I had an injury, but two years of it, it's been a lot to deal with.”

He does note that he’s happy to get some new Reebok gear during fight week, but other than that, it’s not necessarily excitement that he’s feeling in his return, but something more than that.

MORE UFC WICHITA: Zaleski dos Santos | Lewis Give His All

“Sometimes it's hard to find the right words,” Rothwell said. “You have to understand that some of my earliest childhood memories seemed to revolve around fighting. For me, it was picking up a stick and beating up trees in my yard like I was on a battlefield, and I feel like even though I didn't have traditional martial arts in my life until I was 17 years old, it was always in my soul and it's always been a part of me. So the last few years have been very hard for the emptiness that I feel, and I feel like a part of me is allowed to come back.”

Rothwell knows it won’t be easy. He’s 37 years old, he’s been out of action since 2016 and he’s fighting a killer in Ivanov. And there are more killers waiting for him after his bout with Ivanov.

“What I see before me is the heavyweight division's the best it's ever been,” Rothwell said. “These are the biggest and some of the toughest human beings on the planet, and you take a look at the top ten and every guy on there is a killer. I can't say enough good things for the heavyweight division as a whole and how powerful and how scary each and every one of them is.”

Before the layoff, Rothwell was a scary dude, too. In his 4-1 pre-suspension stretch, he finished Brandon Vera, Alistair Overeem, Matt Mitrione and Josh Barnett in succession and had built a reputation as not just an elite heavyweight, but an entertaining one with a unique but captivating charisma. None of that should have changed, but he admits that the outside world looks at him as someone facing an uphill climb in his return.

“I'm here, it is what it is, and I guess when you've been gone for three years and you look at someone like Cain Velasquez, who was gone for two years, he didn't have a good comeback, and that's just after two years,” said Rothwell, referring to his former opponent’s recent first-round loss to Francis Ngannou. “And there are many fighters who have taken that role with a year, maybe two off, and things don't work out too well for them. And I'm going on three years, so I think the critics believe things don't look too good for me. It is what it is.”

I remind him that George Foreman took ten years off and then won the heavyweight title in boxing. Then there’s Georges St-Pierre, who won the UFC middleweight crown after nearly four years away from the sport. So he’s not named Georges or George, but there is a precedent for successful returns after long layoffs.

“There are a few fellas out there that have done some good things,” admits Rothwell, before adding, “The public needs to be allowed to think what they're gonna think. The majority of the world is going to put everything against me, and they should.”

But some fighters are at their best with their back against the wall. Ben Rothwell is ready to prove that he’s one of them.

“People want to know if I'm sad and upset with what happened, and they can think that because I am,” he said. “But it's time to fill the void. This is me doing what I was meant to do. This is part of who I am. In the UFC, I think there are many athletic guys, I think a lot of guys get there and do well with their athleticism, and I don't think any of that applies to me. I think it's something inside of my soul and I'm born to be there.”