Ross Pearson: Not Leaving Until He Gets What He Wants 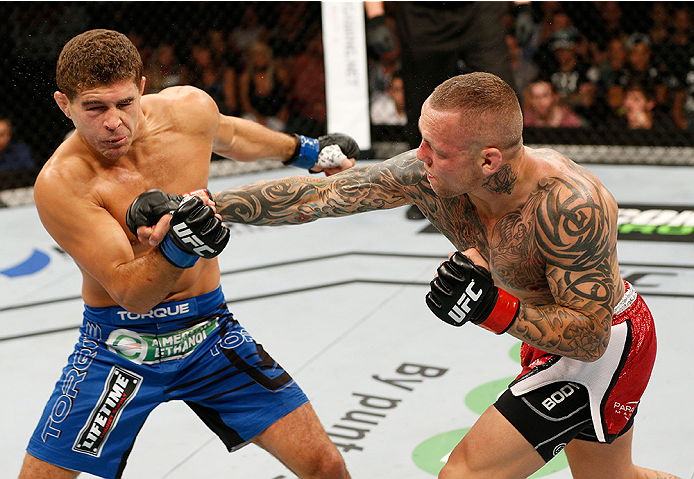 Ross Pearson is fired up. And that’s a great thing.

Normally one of the most even-keeled fighters in the sport, “The Real Deal” is entering his Saturday bout against Sam Stout with a new attitude, or namely an old one, and it has absolutely nothing to do with the man he’s facing this weekend in Dallas.

“I’m not happy that I’m on the undercard, I’m not happy that I’m not on the Pay-Per-View event,” he said. “I’ve gone from fighting a main event to four co-main events, and now after that loss, I’m on an undercard. It hurts, it’s a reflection of my last loss, and I’m not happy. This has driven me and given me fire to become the old Ross Pearson, the Ross Pearson that I used to be. I used to be aggressive, I used to be powerful, and that’s who I am now. I’ve re-lit the fire underneath my feet and I’m excited to go out there and put on the performances I know I can.”

That loss Pearson is referring to is a second-round TKO at the hands of rising star Al Iaquinta last November in Sydney. The defeat was his second in his last three bouts, but even though his June 2014 loss to Diego Sanchez was seen as one of the most controversial decisions in recent history and a win in most people’s eyes, the 30-year-old Sunderland native feels an even more sour taste in his mouth from the Iaquinta bout. 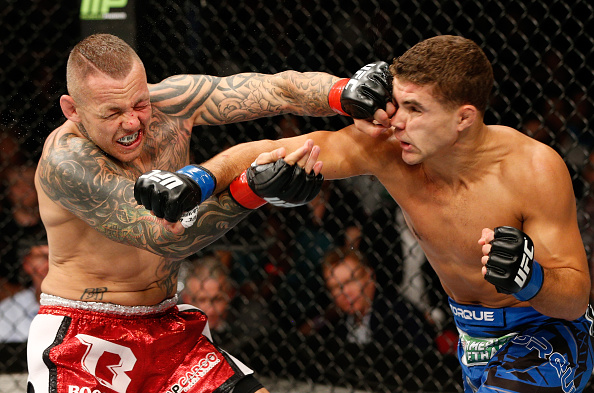 “I’m not making excuses,” Pearson said. “Al Iaquinta did a great job and he beat the Ross Pearson that showed up that night. That wasn’t the Ross Pearson that’s right here, right now. Anyone could have beaten that Ross Pearson that night. I wasn’t there mentally, I wasn’t there physically. I’ve not even watched that fight back. I can’t even look at it. That fight has got me so mad and so hungry that I just want to get back in there. And I want a rematch with Al Iaquinta. That night, he hit the lottery because he didn’t fight the real Ross Pearson. I feel wholeheartedly that I can beat him; I believe I’ve got all the skill and all the talent in the world to beat anyone.”
> Watch Pearson's past fights

When he’s on, Pearson does have that type of talent. If you have eight Octagon wins and nearly six years on the UFC roster, you can fight on this level. But now Pearson has to take it to the next level, and after spending much of his last few camps at home in England, he is back full-time at his second home, Alliance MMA in southern California.

“I’m always learning, I’m always improving, and I know it’s a little bit cliché because everybody says that, but I really am,” he said. “The amount of talent and up and coming guys that are coming through the ranks, the amount of talent that’s on the mat already, it’s just evolving all the time. And there’s that much competition at the gym that no one wants to get their ass beat down every day. No one wants to be that guy who’s the weakest guy in the gym. Everyone’s competing and everyone has the same dream at Alliance to be a world champion, and everyone’s here on that mission. And when you’ve got a gym full of guys with that same mentality, that same focus, the level just increases drastically. It brings so much confidence and assurance that I’m doing the right thing, I’m with the right people and it gets me ready mentally and physically for the best opponents out there. When I’m here at Alliance, I feel unbeatable.” 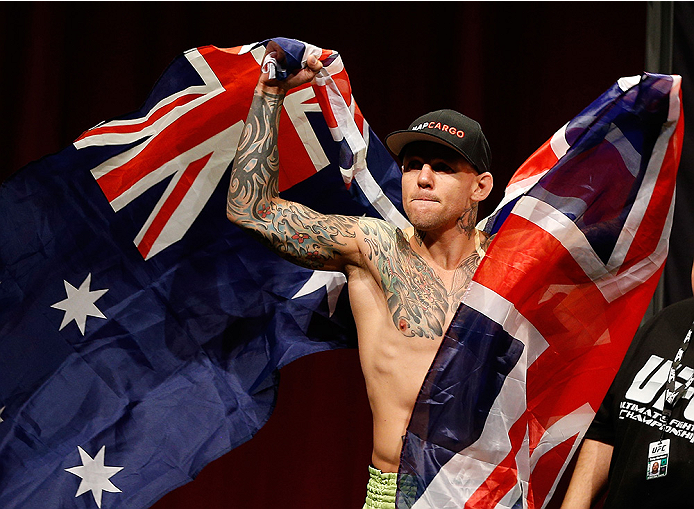 A win over Stout, undercard or not, would be a solid one for Pearson’s record, especially given that with the styles of both men, it is likely to be an exciting bout. But Pearson wants to bring more than excitement; he wants to put together a series of wins that prove him to be a threat to the elite, because he feels that’s where he belongs.

“The talent and the level of the guys I’m competing with is the best in the world, and it’s who brings their A-game on that night,” he said. “Every opponent that I have fought, I have always felt that I could win the fight. I never went up against anyone where I thought I was in a different class, that this guy was too good for me or that I shouldn’t be here. Maybe I got caught, maybe I had a bad night, maybe there was something wrong or Ross Pearson didn’t turn up. But I’ve always felt that this is where I should be, this is who I am, and when I have my A-game and bring the best Ross Pearson, and I’m on, I feel that I’m unstoppable and that no one in the world can beat me.”

Yeah, I like this fired-up Ross Pearson, and the way he tells it, that guy isn’t going away anytime soon.