British lightweight Ross Pearson can make a case for himself entering the division's top 15 with a pinpoint performance against the American in Bangor, Maine at UFC Fight Night. 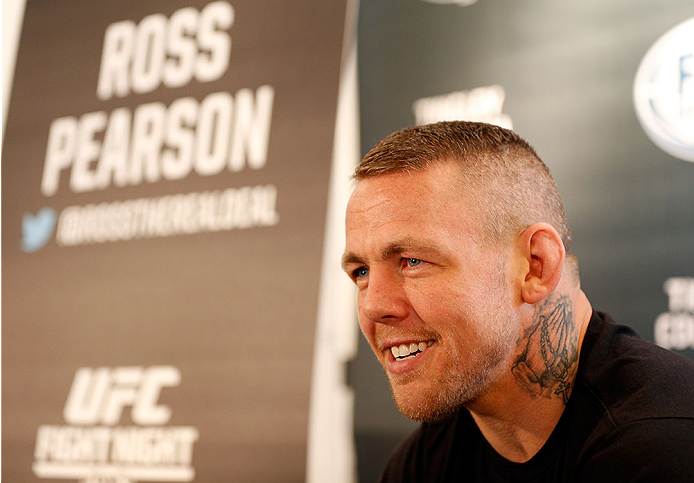 British lightweight Ross Pearson was made up this week when he learnt that his opponent Abel Trujillo had withdrawn through injury and had been offered No 12-ranked 155lbs fighter Gray Maynard in his place, at UFC Fight Night Bangor, a week on Saturday.

It is a switch from a tough banger with KO power to a name, in Maynard (11-3-1-1), who has wrestling and KO power. Pearson, in the chief support fight to the headline contest between Ryan Bader against Ovince St Preux at light-heavyweight, can genuinely make a case for himself entering the division's top 15 with a pinpoint performance, the American having had two memorable lightweight title fights with former champion Frankie Edgar.

"The second half of this year is definitely turning out to be better than the first. There's exciting news, big fights, and now I've got another big fight on the horizon. All the hard work I went through at the beginning of the year is now definitely paying off. It's going to be a great end to the year," Pearson told Telegraph Sport.