Ross the Boss in KO of Stout 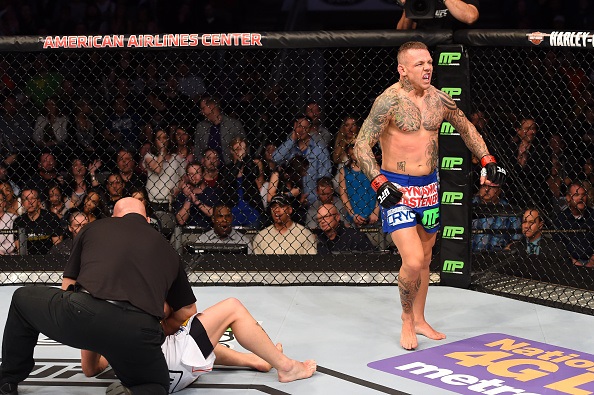 Following a 2014 loss to Al Iaquinta, Ross Pearson vowed a return to form in his UFC 185 prelim bout against Sam Stout, and “The Real Deal” delivered, knocking Stout out in the second round at American Airlines Center Saturday.

The first round was a fast-paced one, with Stout looking at ease in striking at range and Pearson loading up more, allowing the Canadian to counter smoothly with his punches and kicks. The Brit got in his share of shots though, especially in the final minute, and in the second round, Pearson’s left hand continued to land, most definitively a flush left hook that sent Stout crashing to the canvas. A right-left to his grounded foe later, and referee Dan Miragliotta halted the fight at 1:33 of the round. 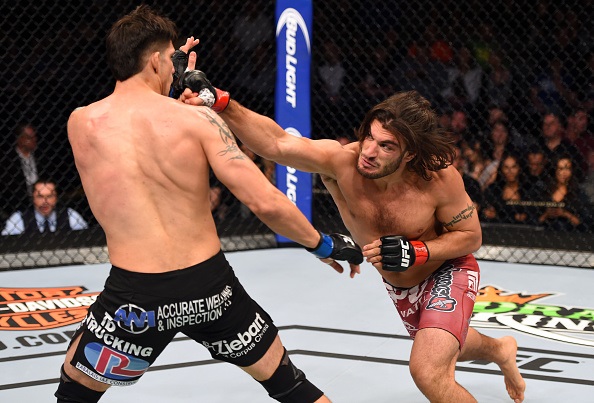 After a close first round, Theodorou made his move to open things up in the second as he took Narvaez to the mat. Narvaez fought his way back to his feet quickly, but Theodorou kept the pressure on, scoring with punches and kicks. With under two minutes left, the bout went to the mat against the fence after a kick apparently broke Narvaez’ left arm, and after a series of several unanswered blows, Theodorou was declared the winner, with referee Kerry Hatley stepping in at 4:07 of the second frame.

Toronto’s Theodorou moves to 12-0 with the win; Corpus Christi’s Narvaez falls to 7-2. 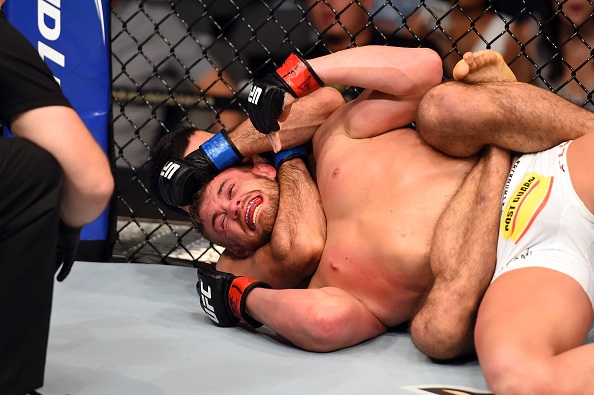 Rising lightweight star Beneil Dariush showed off every aspect of mixed martial arts flawlessly against Daron Cruickshank before submitting his foe in the second round.

Dariush had great success kicking with the kickboxer, reddening Cruickshank with several hard blows. Cruickshank switched things up with axe kicks, takedown attempts and jumping knees in an effort to turn things around, but it was Dariush avoiding any serious trouble and nearly sinking in a D’Arce choke late in the round as the bout strayed to the mat.

In the second, Dariush kept the pressure on, with Cruickshank growing desperate as he tried to turn things around. Getting the fight to the mat, Cruickshank was outmaneuvered at every turn by the Brazilian Jiu-Jitsu black belt, who ultimately ended the bout with a rear naked choke at the 2:48 mark. 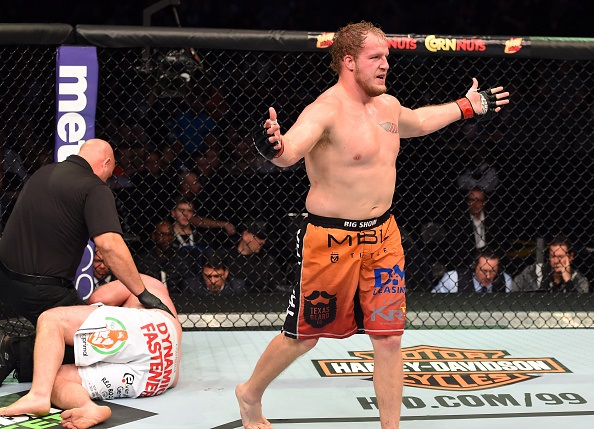 Heavyweight prospect Jared Rosholt earned his fourth UFC victory and first by finish, as he scored a third-round TKO over Colorado’s Josh Copeland.

After a slow start to the bout, Arlington, Texas’ Rosholt began landing with right hands that got Copeland’s attention, but it was “The Cuddly Bear” who went back to his corner having landed the biggest shot of the opening frame, as he had Rosholt in some trouble after a hard right hand of his own.

In round two there was again more circling than fighting from the two former training partners, and the crowd made their feelings known. With 90 seconds left, Rosholt came alive with a slam of Copeland (9-2), and “The Big Show” piled up the punishing points as he pinned his foe against the fence and kept him there to the horn.

Rosholt (12-2) kept the momentum going into round three, and once he got Copeland to the mat this time, he refused to let him off the hook, grounding and pounding away until referee Dan Miragliotta intervened at the 3:12 mark of the final round.