Roque Martinez Puts It All On The Line

Heavyweight Looking To Put On A Show vs Josh Parisian
By Thomas Gerbasi, on Twitter: @TGerbasi • Jun. 17, 2021

There are no hills left for Roque Martinez to run thanks to the rainy season in Guam, but as he does incline sprints on his treadmill, the work doesn’t stop, showing that at least there are still mountains to climb for the Tamuning native, who makes his third trip to the Octagon to face Josh Parisian on Saturday.

“I don't want to risk getting sick, not at this time,” said Martinez of the switch from hill to dreadmill during prep for a fight that has a lot of importance attached to it after he dropped his first two UFC bouts to Alexandr Romanov and Don’Tale Mayes. So while every fight is a must-win at this level, this is a must must-win.

“One hundred percent, that's all I'm thinking,” Martinez said. “It's kill or be killed. I'm willing to put it all on the line, and absolutely whatever it takes to win and put on a show, that's how I feel going into this fight.”

Win and put on a show. The way the 35-year-old has always operated is that the two go hand-in-hand, and it’s why he’s built a following among the hardcore followers of the sport. So while a win is preferable against Parisian, an exciting win is even better, and among the heavyweights, one win is often all it takes to make folks forget about an 0-2 start. 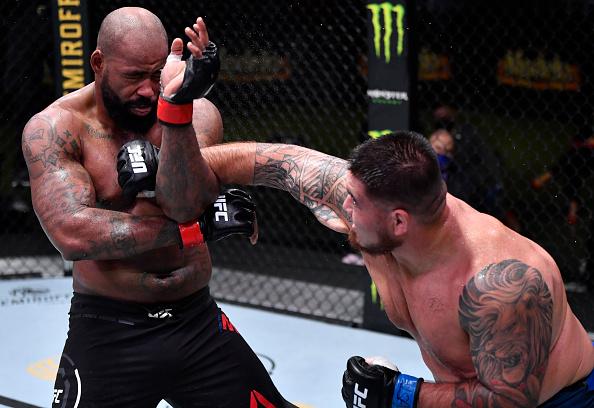 “I know in this division, you put together a decent winning streak and you're well on your way to moving up the rankings,” he said. “But first and foremost, I have to get past this one and win. And I think an impressive win will help a lot, too, not just a close decision win. If I can do it impressively in a good war or even a one-sided domination, that would work, as well.”

That’s motivation for any fighter, but especially for Martinez, who arrived in the UFC in 2020 after a long career building a reputation at home and in Japan. In fact, when Martinez got the call, he was content with what he was doing outside of the UFC, but once he got to the Octagon, he realized that he’d like to stick around for a while.

“I love it,” he said of fighting in the UFC. “Of course, now I know I'm at the highest level of competition and that's where I want to be. And I love the way the organization is. Everything's well put together, they take care of us, and I want to be where I'm at right now and I know that I need to win in order to stay where I'm at.” 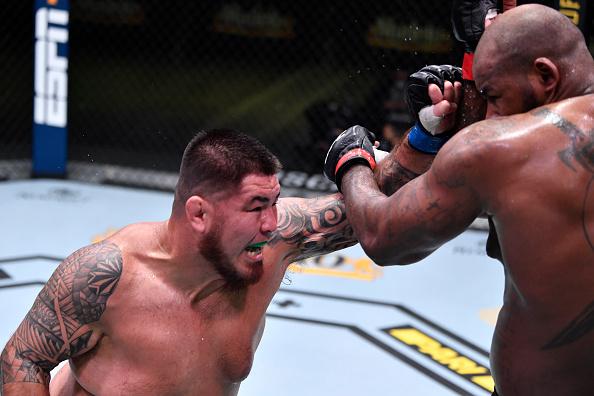 A victory not only keeps him moving forward, but it also continues putting Guam on the MMA map. That doesn’t mean he hasn’t considered a few weeks out of town to get some different training looks, but with some COVID-19 travel restrictions still around, that might have to wait a little while. 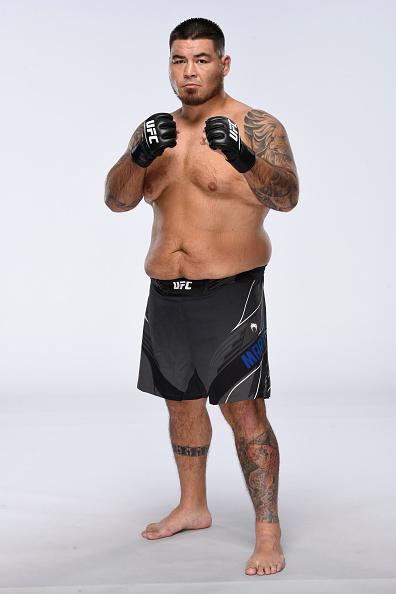 Roque Martinez poses for a portrait during a UFC photo session on June 16, 2021 in Las Vegas, Nevada. (Photo by Mike Roach/Zuffa LLC)

“It's something that brings out the best in me and I just love competing and I always have growing up,” he said. “This is the best way for me to compete at the highest level of MMA, so it's motivating.”