"This will be a collision of guys who submit opponents and like
knockouts. Fans will see two bazookas firing. God bless us and let's
make a great fight!" - Rony Jason 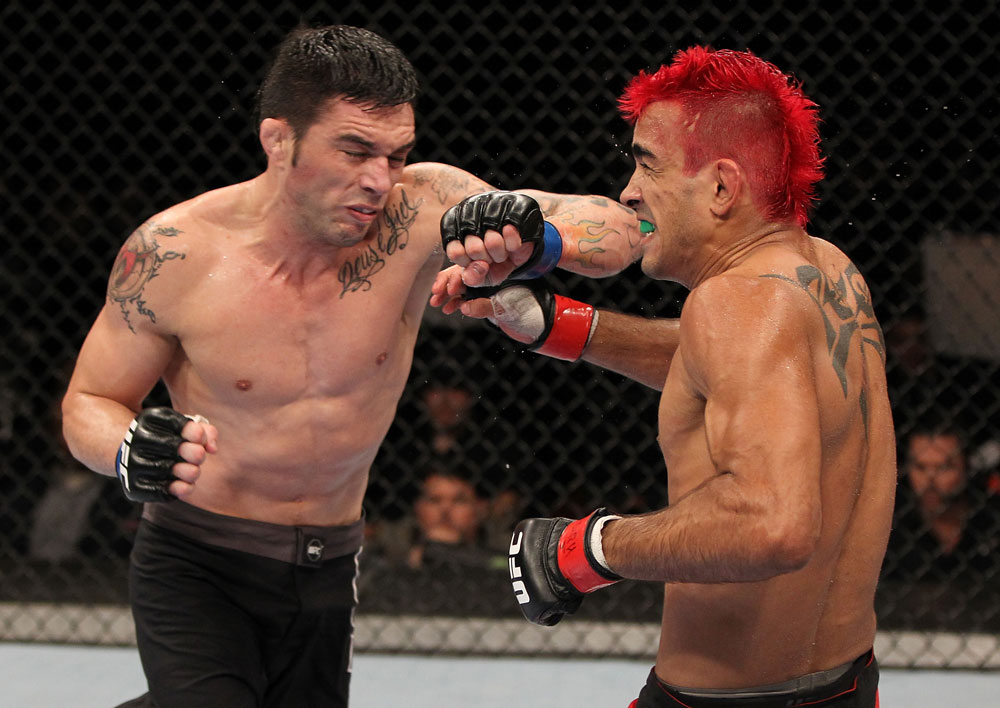 His upcoming bout is against TUF Live's Sam Sicilia at UFC 153 this Saturday in Rio de Janeiro, Brazil, but the story of Rony Jason was originally written the moment he agreed to take part in the first ever Ultimate Fighter Brazil.

Spending weeks inside a house, where you're thrown in with unknown teammates who can turn into your foes sooner or later, depending on your performance. Plus, you need to address the new feelings that can pop up during your season living in the TUF house, as you're dealing with a bunch of different personalities, as well as a new training regimen and constant dieting that requires complete concentration.

Undoubtedly, you learn many more lessons during this period than you could have ever imagined before your first step into the house. And if the fighter has his mindset prepared for training, keeping on weight and fighting whoever comes, you end up like Rony Jason, the original featherweight TUF Brazil winner.

But the soft-spoken native of Ceara, who adopted the Friday the 13th character mask as his trademark, saw his career turn 180º, and not just because he's a familiar face for everybody, there are many more points that he’s observed and absorbed since then.

"The list is long," he says. "When you step out of the house, you realized what the MMA world is, indeed, regarding diet, professionalism, focus on training and goals to be established. I was an athlete, but before TUF Brazil I couldn't see what I see now.

"The season matured me in different ways," Jason continues. "You think twice before releasing something on your Twitter or Facebook, because everything has two sides, a very bad and a good. And I realized people have eagle eyes for interpreting a simple tweet as something I didn't mean. Training wise, I stayed with same mentors at Team Nogueira: Everaldo Penco (BJJ), three boxing professors Edelson, Erivan and Luis, a Muay Thai coach from Thailand and a Savate trainer to teach new techniques."

Mariano said the list was long, but in fact it wasn't. The Team Wanderlei representative on TUF Brazil’s inaugural season acclimated to the up and downs of life inside the house, turning them into good points to keep his run to the Octagon alive. Wait, downs? Did he have downs by winning the season and becoming the first ever TUF champ of Brazil?

"Yes, I did," he replies. "Fighting a friend like I did with Anistavio 'Gasparzinho' Medeiros and going to the distance with Hugo Viana and Godofredo Pepey weren't in my plans. I never expected those events happening."

Well, isn’t Jason over reacting a bit as he talks about the two decision victories he had? From the Brazilian's perspective, not at all, and this goal of perfection is necessary when you're the winner of the first TUF in South America, and he understands the eyes which are upon him right now, with people expecting better and better performances.

"Great power means big responsibilities, and I know there are a lot of people waiting to see more coming from me," he said. "I'm the first TUF Brazil winner and I’ll proudly carry this award forever. I don't want to prove points to the critics; I just don't want to disappoint those who believe in me."

Beyond the exit door of TUF Brazil is Sam Sicilia, a heavy hitter willing to nail Jason in front of his home crowd. This is the first fight where we’ll see how the Brazilian will perform with the new title added to his name.

"I'm relaxed, I know my coaches trust in me and they know I'll give my best," he says. "I see Sicilia as a worthy foe and I don't look at him differently because I won TUF here in Brazil and he lost there in the USA. I could have been beaten here in Brazil and he could have won there, and we can evaluate what happened to say this or that is better. But when we step into the cage, it's 50-50 and we both want to win. I know Sicilia is tough and he knocked Cristiano Marcello out, showing how dangerous he is."

Many say that the highest MMA competition starts when you face an imported opponent. For Jason, this will be his debut against a foreign adversary in Sicilia. Even though the competition in Brazil is tough as nails, he gets the point.

"I see this way: it's like you play a game and you advance to the next level, that's it." Jason said. "I'm in the 'pre-level' of hard training, and I have a lot of motivation taking on an American fighter with a different approach from the guys I faced my entire career in Brazil. People can say that I won't feel the real UFC until I’m fighting in an event outside Brazil. I don't agree! I'm happy through, because I'm fighting a guy who's coming to my home, where I'm used to the time, routine, weather and food, and this is still the UFC (laughs)."

If you only knew Rony Jason after his face appeared on TV, you only watched him finishing fights once. But Jason is a finisher, like Sicilia is, and on October 13th, he'll try to show once more that speech you remember well: "My goal is to leave the cage quickly." This means Jason enjoys finishing, and he wishes to put a quick end to the man standing across the Octagon.

"I see a lot of me in Sicilia’s fighting." Mariano says. "Look at his record and you see he wants to dispatch the foes rapidly. He's a predator. I'm a predator. I look at this fight as prey and predator and I’ll try to be in the second spot. I go forward and I want to finish soon. Sicilia is like this too, so this is gonna be lion vs. lion. He's 11-1 with 10 finishes, and adding the TUF house fights, I finished 11. This will be a collision of guys who submit opponents and like knockouts. Fans will see two bazookas firing. God bless us and let's make a great fight!"