"I want to please the fans and best way to do it is by finishing the fight." - Ronny Markes 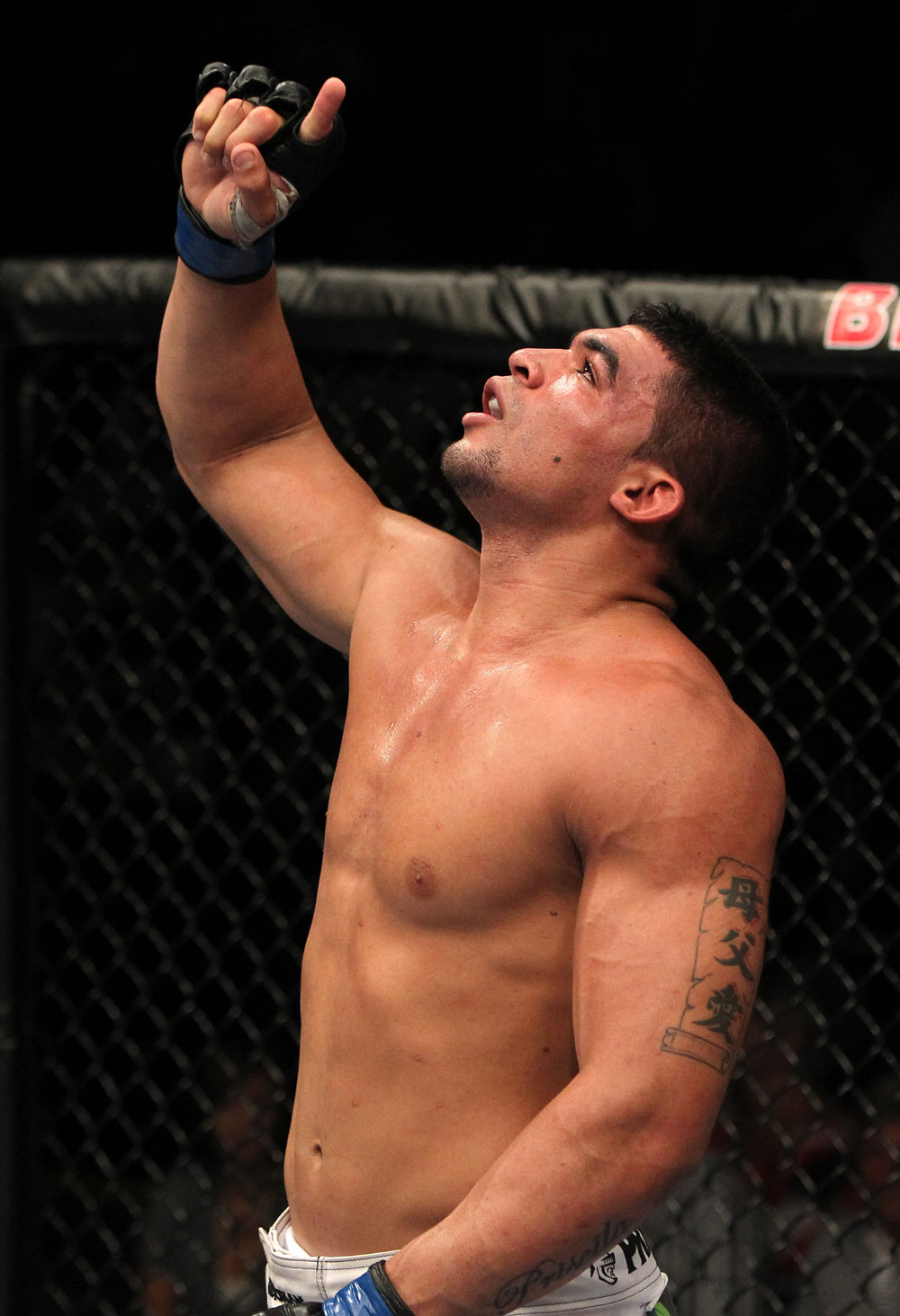 This Wednesday’s UFC on FUEL TV event in Omaha, Nebraska will mark a night of firsts for Brazil's Ronny Markes as he takes on wrestler Aaron Simpson.

Markes, who debuted in the Octagon as a light heavyweight and fought at that weight and also at catchweights of around 198 pounds in Brazil, will be fighting as a middleweight for the first time. Plus, this will also be his first time on a UFC main card, as he defeated Karlos Vemola by decision on the preliminary portion of UFC Live last August.

In that debut, Markes, a brown belt in Brazilian Jiu-Jitsu under Andre Pederneiras and Jair Lourenco, outwrestled the former national wrestling champion en route to a points victory that earned him his first UFC win. And even if he didn't produce the most exciting bout in his first time outside his homeland, Markes did show the strength and durability to dominate Vemola in the Czech Republic native’s own field - the takedowns.

"If it was a wrestling match, I would have been beaten, I have no doubts of it," Markes said. "But I have been training throws since my start in BJJ, and I polished them with the wrestling of Roberto Leitão Filho (silver medal in the Indianapolis Pan-Ams of 1987). They were linked to my strength, an aspect that Vemola was not expecting."

After that first UFC experience, Markes analyzed where he could have been better, and what forced him to be a bit hesitant in some situations. Yet once he capitalized on the holes in Vemola’s game but still couldn't get a finish, he learned what he is going to do next.

"First off, I was focused on controlling the fight, to debut with wisdom and then deliver something big,” he said. “It didn't happen and we only realize what we could do better in a win when you watch your performances afterwards. I didn't use my elbows on any of the opportunities I had to. I saw the gaps for it, but I thought that I didn't want to expose myself for a reverse, because a wrestler can explode on the bottom and end up on top of you."

Keeping a dominant position during the fight seemed to be something so far from Markes if you saw his Octagon walk-in. Deeply emotional, the powerhouse from Brazil started crying after passing the curtain en route to the cage. Apparently he was mentally shaken by the opportunity; however, he didn't drag such emotion into the fight, leaving it all outside.

"I am a strong guy, with strong emotions," he says, smiling. "After some important matches I won in Brazil I let my emotions appear, and this would not be different when I made my dream come true of going to UFC. A lot of people imagined it would harm my performance, but I have a limit for it and the end comes when I put my first foot inside the cage."

Markes, at 6-foot-1, wasn't a tall guy for the light heavyweight division, and he's still not one of the tallest in the 185-pound class, so the move to the middleweights was welcomed and would not be a problem. But when you look the frame of the man from Nova Uniao, you realize that it is not going to be that easy, principally when a guy like Markes never stepped up on the scales at less than 198 pounds.

"Yeah, this will be a problem...for Simpson," Markes affirms. "I conditioned my body with the supervision of Thiago Macedo (strength and conditioning coach) and the cut was nice. My speed increased, I kept the strength, and these will be more obstacles for to Simpson face."

Determined to give to the fans a different look from his first UFC triumph, where he didn't perform as brilliantly as he wanted to, Markes now hopes to let his game talk for itself as he displays a style that he says is more complete than that of his opponent.

"I have nothing, but respect for Simpson,” Markes said. “He's a wrestler, a good one, he has a powerful right hand and he has more experience and has been evolving. But I think I have many more options to put Simpson away than he does. I polished my game on the feet very well with a lot of kickboxing and boxing, I am a brown belt in BJJ for about two years, and I am not afraid of playing from the bottom, but I don’t think Simpson will jeopardize himself in my guard. I want to please the fans and best way to do it is by finishing the fight."