Rong Zhu Back In The Fast Lane

On September 18, 2021, Rong Zhu secured a place in the UFC record books that will be his and his alone, forever. With his third-round TKO of Brandon Jenkins, Rong became the first fighter born in the 2000s to win a fight in the UFC. It may not be the most prestigious of statistics, but it will belong to the Sichuan, China native for all of time. He celebrates his 22nd birthday in less than two weeks.

“It’s really awesome for me, that feeling…the youngest winner in the UFC. But I know I still have a lot I need to prove in the near future,” he told UFC.com through an interpreter.

Rong had a chance to set that same record in his UFC debut a few months earlier at UFC 261. The stage was set for China to have a breakout event with four athletes on the card, but all of them came out on the wrong side of the ledger that night in Jacksonville. It goes without saying that washing away that setback was a massive relief.

“Really good,” he agrees. “I got a lot of confidence from that.”

Confidence and a return to the win column, where the lightweight has lived comfortably since 2018. Compiling an 18-4 overall record, it’s worth noting every time Rong is discussed that he took his first professional fight just days after his 16th birthday and has never looked back. He consistently is ranked among the best pound-for-pound fighters in all of China.

“Right now only a few people know MMA in China. It’s not popular enough right now, but I think in the near future—maybe a couple of years—it will become a big sport.”

If he can replicate the sort of success he enjoyed in China’s WLF promotion here in the UFC, there’s no doubt he can shine a brighter spotlight on the sport in his homeland. Whether he won or lost, only two of his 22 bouts involved the judges scorecards. Rong is a pure finisher, usually with the fists. But he also recognizes the need to be well-rounded in today’s MMA, and to that end he’s been putting in time at Florida’s revered American Top Team for Saturday’s matchup with Ignacio Bahamondes.

“My coach sent me tape of my opponent to help me for this fight. I feel really good right now.”

The Chilean Bahamondes has followed a trajectory similar to Rong’s, as he is also coming off an impressive KO victory, and he boasts notable height and reach advantages.

“He had a good fight last time,” Rong acknowledges. “He knocked out his opponent. He was lucky enough, but I think I will take him down this time.” 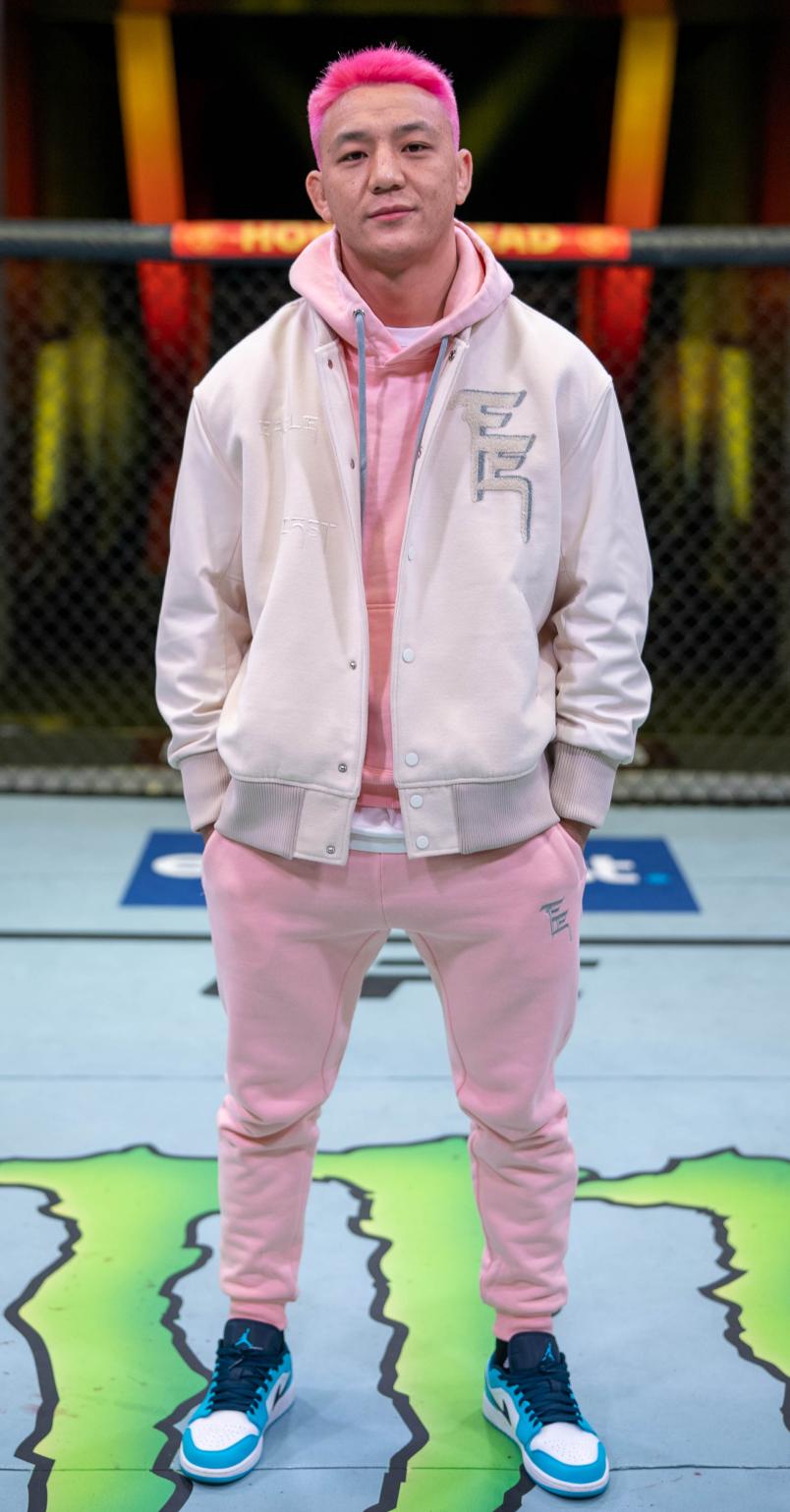 Sporting a new shocking pink haircut and matching hoodie, Rong makes this prediction in the most calm and confident demeanor you can imagine. There just aren’t a lot of folks his age - or any age - with the same visible resolve.

“I’m not scared of him. I have prepared four months at American Top Team; submissions, jiu-jitsu, wrestling. I may finish him at any time; first round, second round, third round…any time.”

The matchmakers know the powder keg this bout has the potential to be and have slotted it as the featured prelim of Saturday’s UFC Fight Night: Makhachev vs Green. Coupled with his last outing, it could really be the first step towards much bigger things. But Rong isn’t thinking about that now, opting instead for the wise “one fight at a time” strategy. His plan after each fight is simply to secure another fight.

“Every time I fight, I make a new plan. That’s it,” he says. “I’m a young fighter, but I’m going to keep working hard. The UFC is the best fighting in the world, so I’m so happy I can become a part of it.”