Ronda vs. Miesha II on Tap for TUF 18

Miesha Tate steps in for injured Cat Zingano as taping of TUF 18 begins in Las Vegas. 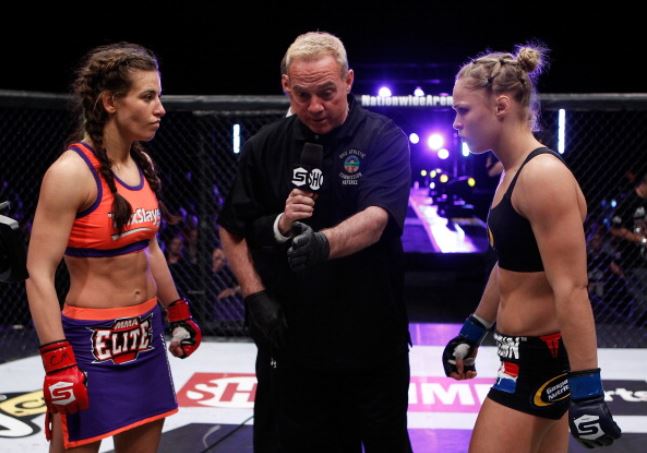 As taping of The Ultimate Fighter 18 began on Tuesday, UFC bantamweight champion Ronda Rousey got a big surprise in the form of her opposing coach: former opponent and long-time rival Miesha Tate.

Rousey had been expected to coach the season against Cat Zingano, who earned the honor by defeating Tate at the TUF 17 Finale on April 13.

But Zingano was injured during training, forcing TUF 18 to call up a new coach, which was revealed to cast members and Rousey alike earlier today.

"Everyone said an Ultimate Fighter between me and Miesha would be the best," said Rousey to reporter Kevin Iole. "For some reason, I think me and Miesha are intertwined in fate like Ali and Frazier."

Rousey will now face Tate at the end of the season instead of Zingano in a bantamweight title match. The two first fought in March of 2012, with Rousey nabbing Tate's Strikeforce title via first-round submission.