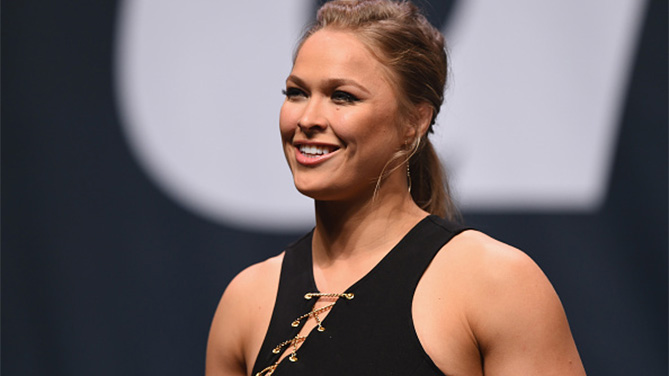 UFC fighter Ronda Rousey is starring in MGM’s reboot of the 1980s cult classic “Road House.” Rousey will step into the role Patrick Swayze made famous.

Sources say MGM is currently meeting with screenwriters, with production set to begin in 2016.

Released in 1989, the original film starred Swayze as a bouncer hired to clean up one of the rowdiest, loudest bars in Missouri, The Double Deuce. Swayze’s character is put to the test when he needs to protect the town from a corrupt businessman.

This is an excerpt from Variety's exclusive report. Click here to read the full article