UFC President Dana White announced Wednesday that MMA superstar Ronda Rousey will make her highly anticipated return to the Octagon on Friday, December 30 when she attempts to regain the UFC women’s bantamweight crown from champion Amanda Nunes in the main event of UFC 207. 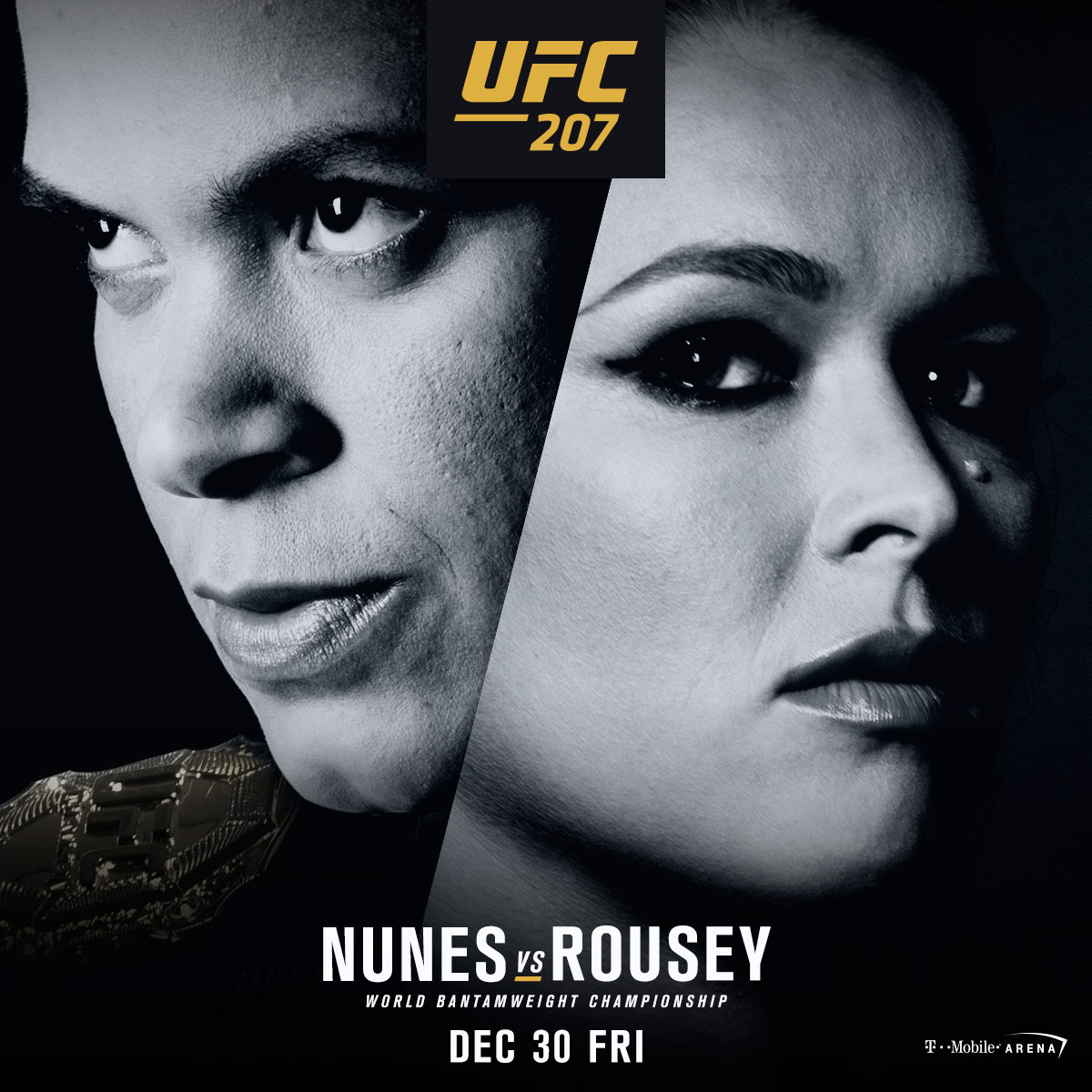 The bout will air live on Pay-Per-View from T-Mobile Arena in Las Vegas.

How will Ronda fare in return? We break down Nunes vs Rousey

The longest reigning UFC champion in women’s MMA history, the 29-year-old Rousey held the 135-pound crown for three years from November of 2012 to November of 2015. During that time, the 2008 Olympic bronze medalist in judo went from dominant submission specialist to knockout artist and worldwide superstar, appearing on the cover of Sports Illustrated and ESPN the Magazine while winning six of her seven Octagon bouts, all by knockout or submission, with four of those victories ending in 66 seconds or less. At UFC 193 in Melbourne, Australia, Rousey lost her title to Holly Holm, but on December 30, “Rowdy” Ronda is back and ready to reclaim her belt.

Looking to add another signature win to her record while continuing her reign as UFC women’s bantamweight champion, Brazil’s Nunes is perhaps the only fighter capable of claiming the same ferocious finishing game as that owned by Rousey. Owner of a 6-1 UFC record, the 28-year-old “Lioness” has finished five of those wins, with the most spectacular being a first round submission victory over Miesha Tate at UFC 200 in July that earned her the world bantamweight title. Now Nunes wants to end the comeback of Rousey and move on to cement her legacy as one of the greats of the game.