Ronda Rousey is the most famous female fighter in the world.

The 28-year-old is the UFC’s highest paid fighter, male or female. She was voted the Best Female Athlete Ever on a recent ESPN poll and is an Olympic medallist (judo, Beijing).

Rousey has appeared on films Furious 7 and Entourage, is a regular guest on the biggest talk shows in the US and has more than 1.79m followers on Twitter.

In all manner of the term, Rousey is big time.

Here she writes exclusively for the Herald Sun, a column published first to subscribers, detailing how her father’s death drives her, and what it’s like to be dubbed an American hero one day and barbarian the next.

Rousey will fight in front of a massive Etihad Stadium crowd  in Melbourne on November 15.

AUGUST of 2008, in Beijing, China I was doing everything I could to break the arm of a woman I barely knew from Algeria.

Being an experienced judoka herself, she knew that there was nothing she could do to stop me and tapped me on the leg to signal she gave up.

I won the match en route to my Olympic bronze medal in judo.

I was the first woman from my country to win an Olympic medal in the sport.

Many people called me an American hero that day. 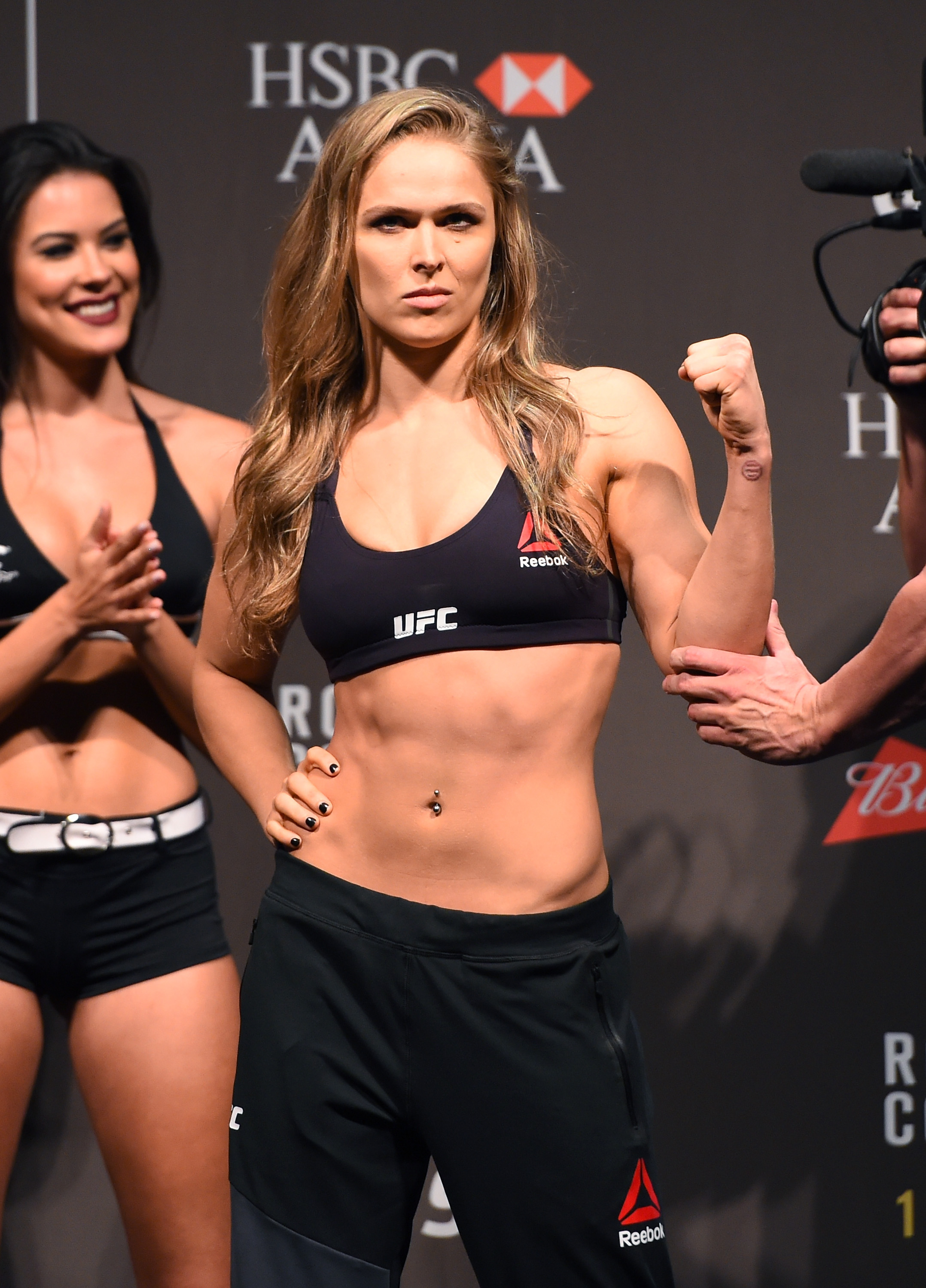 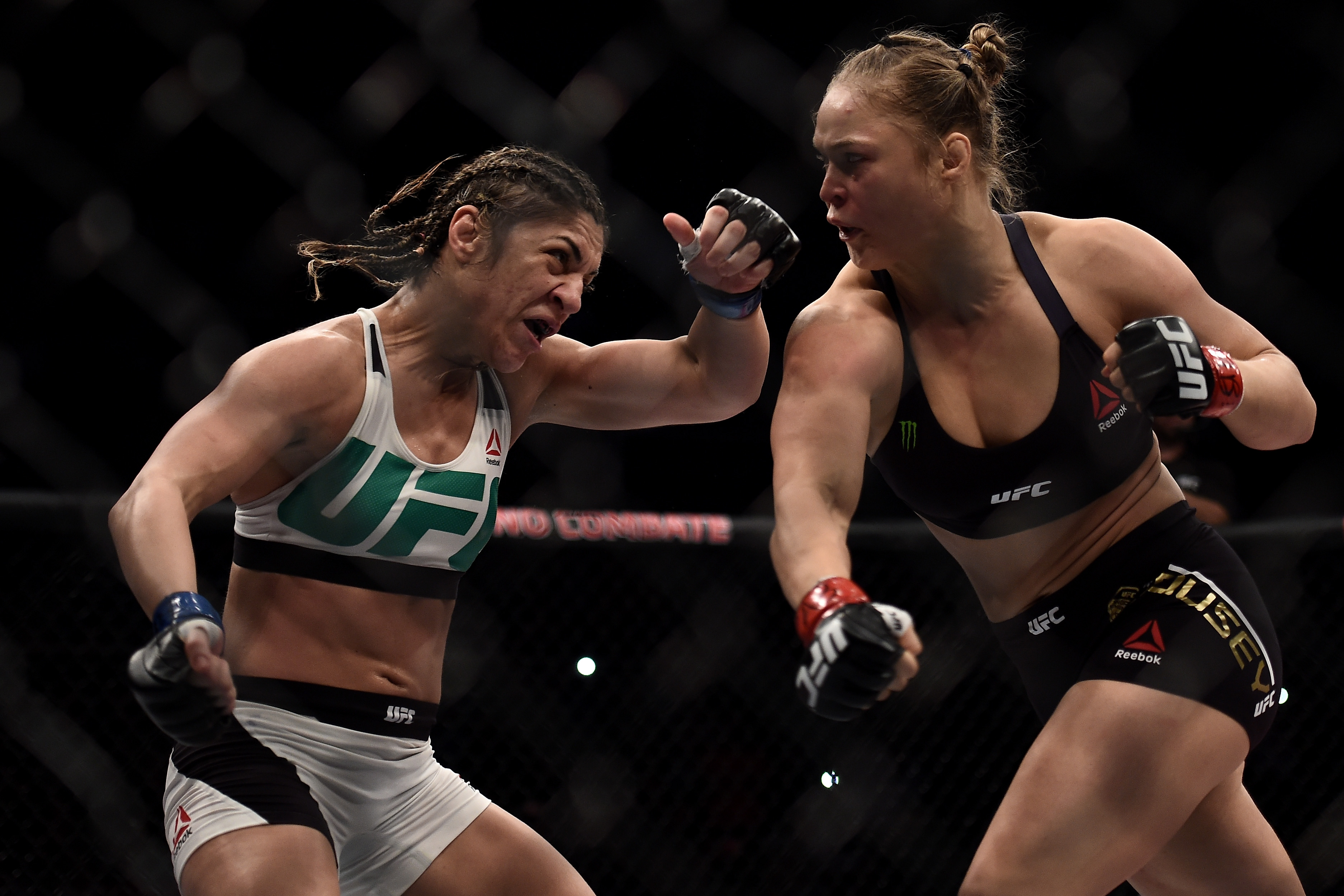 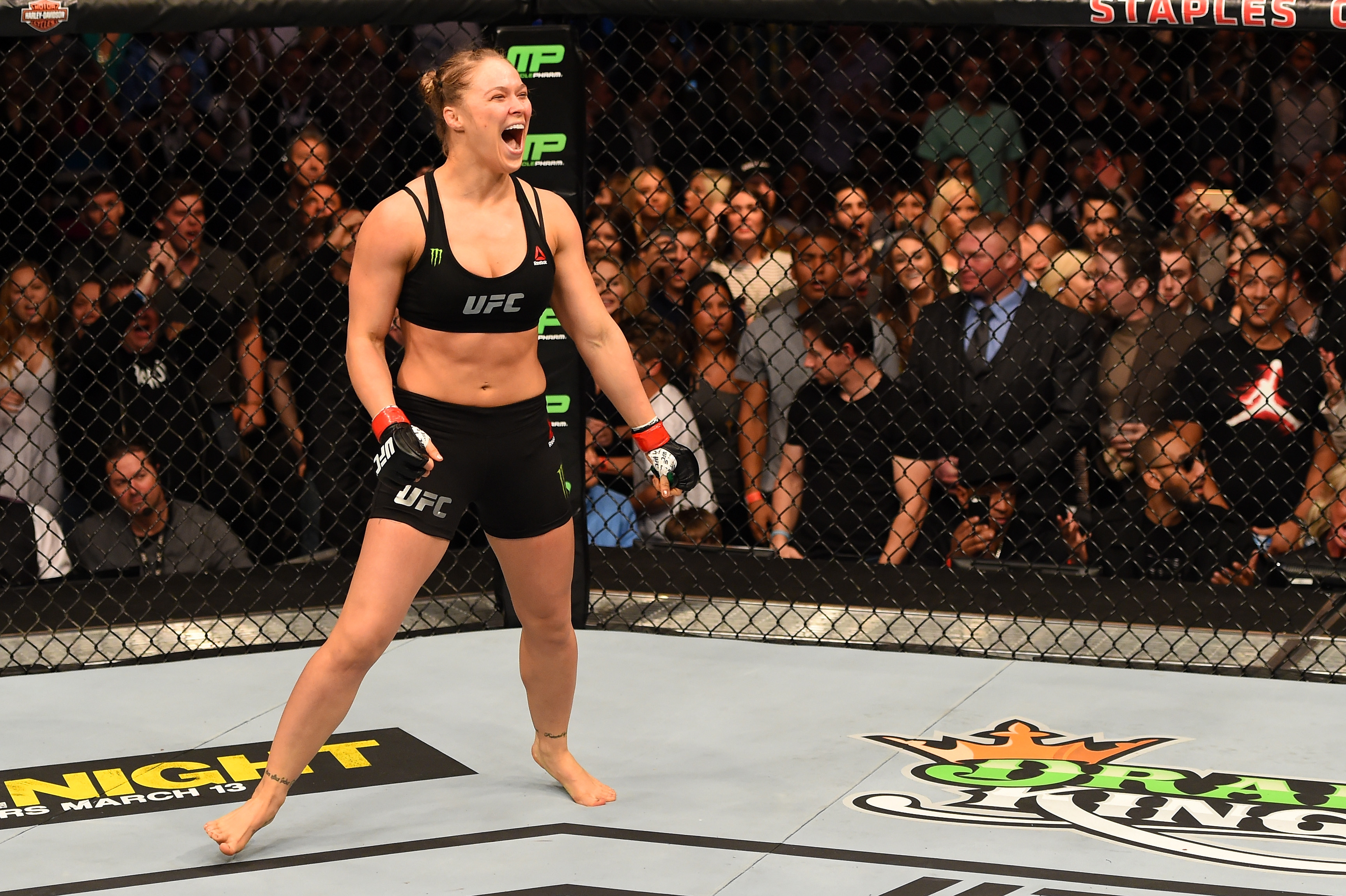 February of 2013 in a sold-out arena in California I was doing everything I could to break the arm of another woman I barely knew named Liz Carmouche.

An experienced fighter herself, she knew there was nothing she could to stop me and tapped my leg to admit defeat.

I was the first woman to win a UFC title.

Many called me a barbarian that day.

I am a fighter.

But I am not a violent person.

If anyone gets hurt, it is not the aim of my actions — in fact I prefer winning with no one getting hurt.

But injuries are part of my business, just like carpal tunnel is for people who type all day to make a living.

For some reason I was born to a mother who was a judo world champion.

For some reason I lost my father to suicide at eight years old.

I had so much bottled up grief and anger and self-loathing and for some reason I found an outlet that saved me.

To me fighting is not an exhibition of brutality or a glorification of violence.

Fighting is a metaphor for life.

But an actual fight is black and white, a relief from all the grays in the not so literal ones we’re all engaged in.

When was the last time something rough touched your skin?

When was the last time you even had to endure an uncomfortable temperature?

When was the last time you were in a real high-pressure situation?

We live in a time of soft fabrics, air conditioning and participation trophies.

We all have a need to feel a little uncomfortable to convince ourselves we’re awake.

An instinctual need to pinch ourselves as proof we aren’t dreaming.

That pinch could be in the form of sitting down and watching a fight, gasping and cringing and jumping and shouting and feeling your heart race for the fighter you for some reason chose to identify with.

When in the UFC Octagon I’m not thinking about hurting the person standing in front of me. 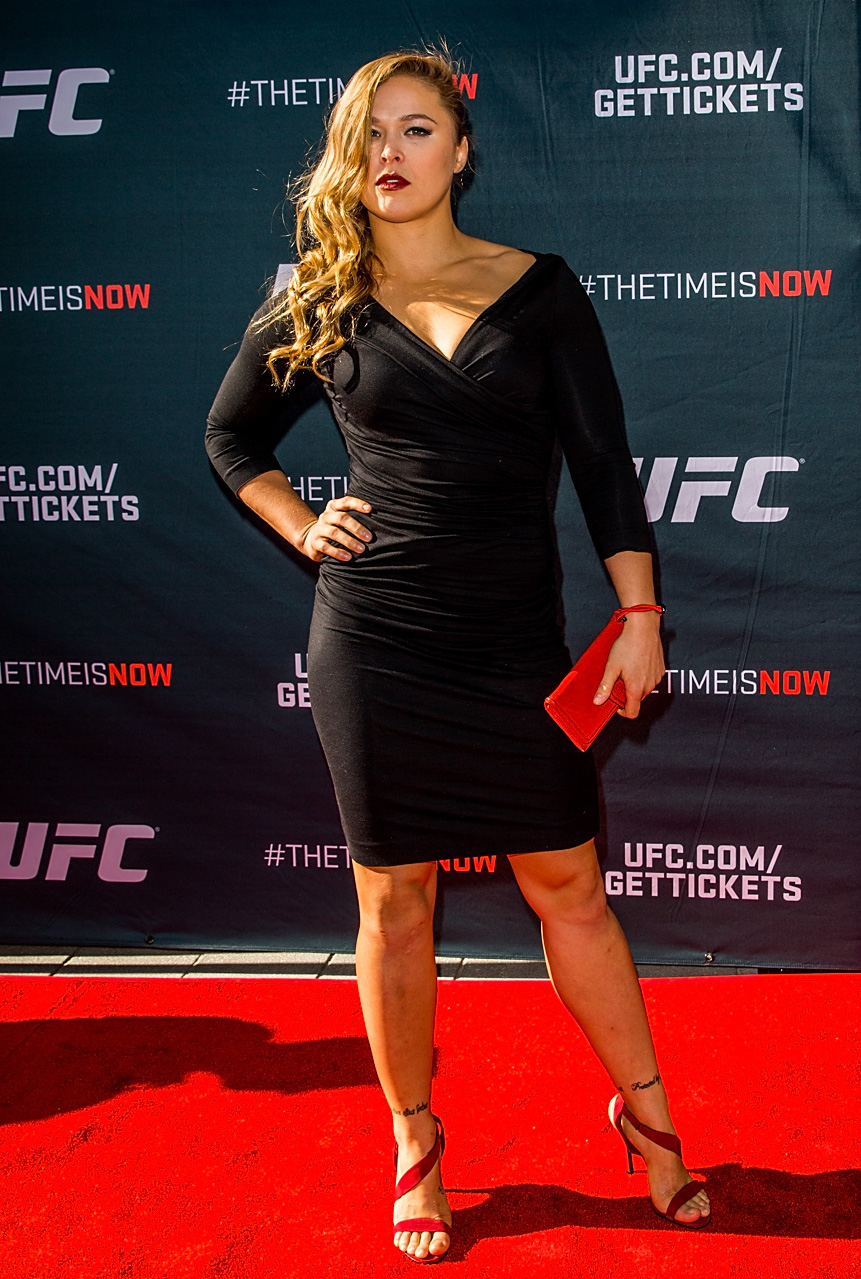 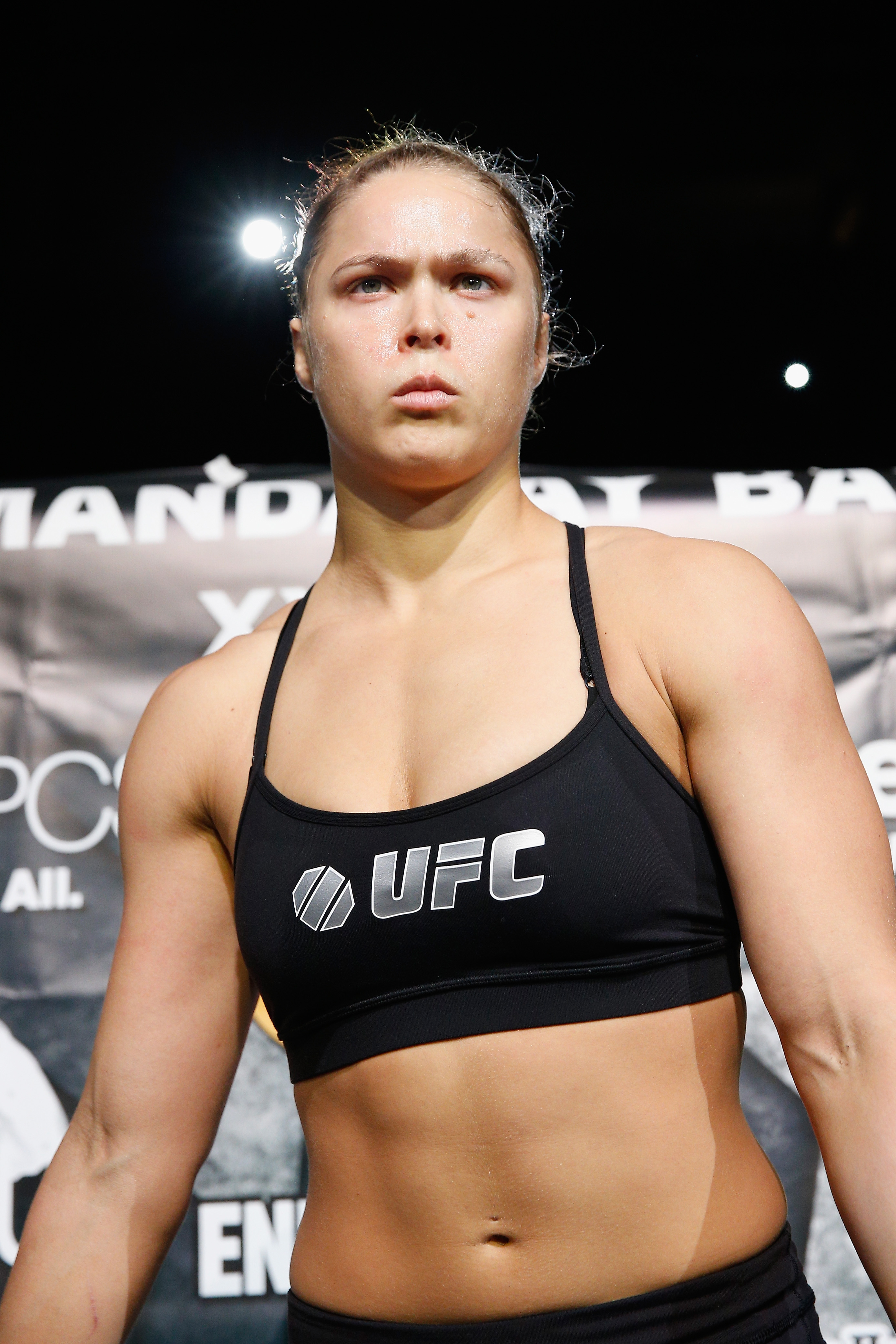 What could they possibly be thinking?

What do they know about me?

What do they think would work on me based on what they know?

How are they trying to solve me? What some call a blood sport, I call a high stakes game of wits.

Of all the things in the world I have to worry about in the past and future, the only thing on my mind during a fight is that exact moment and the problem I’m trying to solve.

It’s an escape and an outlet for the artist.

It’s not a brawl.

It’s not gore and brutality.

It’s an opportunity for courage.

It’s an exercise of overcoming.

And I’d appreciate it if you wouldn’t judge me for it.

Visit The Herald Sun for the original version of this column