Ronda Rousey: "Bethe Is Just Never Meant To Be A Champion" 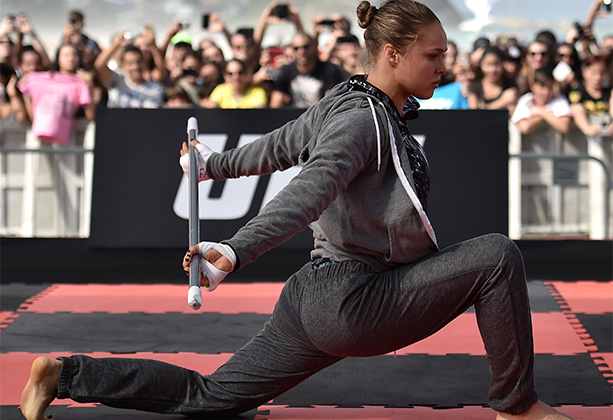 Ronda Rousey may be a huge favorite against Bethe Correia, but after leaping into the arms of her fans at Wednesday’s UFC 190 open workouts, the women’s UFC bantamweight champion said she relishes the feeling of having an "obligation" to win Saturday’s main event at HSBC Arena in Rio de Janeiro.

Fans chanting and crying as they get an opportunity to meet the champ @RondaRousey after open workouts. #UFC190 pic.twitter.com/c6uZemGCwp
— UFC (@ufc) July 29, 2015

"Bethe is just never meant to be a champion,” Rousey said of Correia, who is getting a title shot on her home soil. “She said, 'Oh, I have no pressure on me, and no one expects anything from me, and that's an advantage.’ 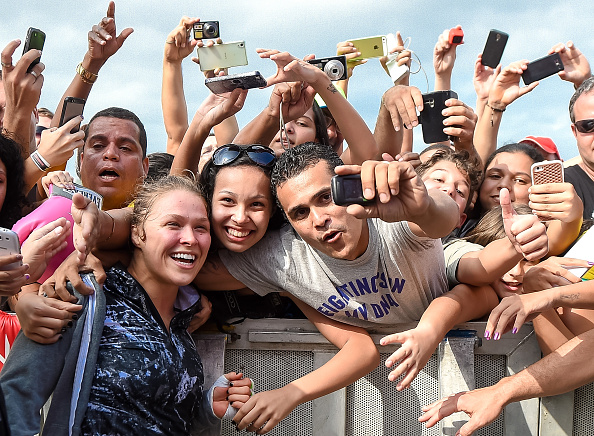 “I'm like, 'So you're saying that you do your best without pressure? That's what's best for you?' You're not meant for this life. The more pressure there is, I fight above myself. I've never been under more pressure before in my life, and I'm gonna show the world what I'm really made of.”

The champion and Correia have been trading barbs through the media and social networks, and Ronda has even declared her intention to prolong the fight to punish her rival for her lack of respect.

In Rousey’s mind, her goal is to make the Brazilian an example not to be followed by other competitors in the division.

"I really feel like I can't have other girls taking the same approach as Bethe,” Rousey said. “I have to beat this girl so thoroughly that there's no future girls picking on my family in order to get a quicker title shot. You pick on me all you want, but leave them out.”