Rodriguez To Reintroduce Himself In Sacramento

Late switch in opponent? No problem. Coming back after seven months away? No problem. So where is Rodriguez’ head at this weekend? He wants to reintroduce himself. “I do see it as that,” he said. “I’ll give them a reminder. I didn’t go nowhere.”
By Thomas Gerbasi • Jul. 11, 2019

The affable Rodriguez laughs, even though he won’t be fighting the equally affable Villante this Saturday. Instead, Rodriguez will make his return to the Octagon against Brazilian newcomer John Allan, a situation that could have been a mess without Rodriguez’ positive attitude.

“It didn’t throw any wrench at all,” he said. “I’m still gonna do the same things I was gonna do, go out there and perform and just fight the fight. There’s not really much of a change you could possibly make on such short notice. I’m just glad the guy stepped up and took the fight. I really wanted to fight Villante, though. Hopefully we can make it happen in the future.” 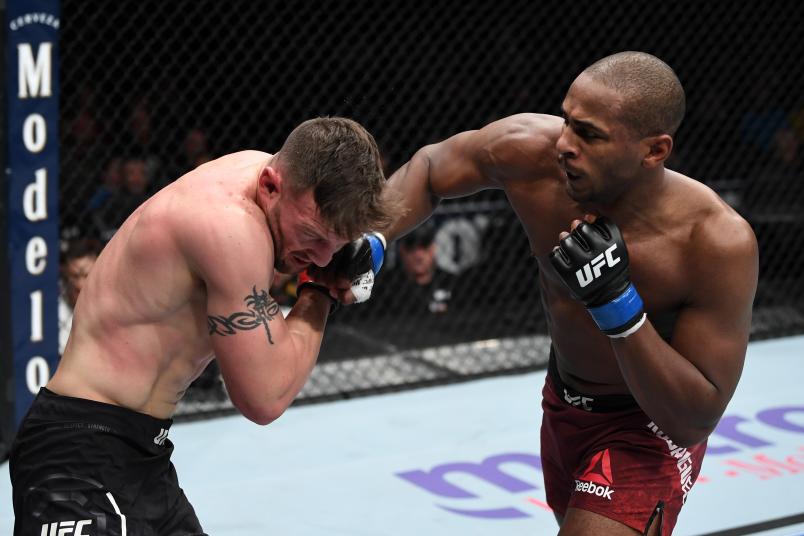 Catch Mike this Saturday at UFC Sacramento, only on ESPN+

Hopefully, because while a fight’s a fight and “Slo Mike” can’t wait to get back to work, not getting a big name like Villante – who was forced out of the Sacramento bout due to injury – has to sting, right?

“It doesn’t sting,” said Rodriguez. “It’s one of those things where the opportunity will present itself again or I’m gonna fight somebody with a name. Our division’s only so big, and by the looks of it, everybody’s creating a name for themselves now, so I’m gonna fight somebody with a name. But it doesn’t matter. I’m more happy that I can fight and that they didn’t call it off.”

Rodriguez’ enthusiasm and willingness to fight anyone is understandable, considering that he’s been sidelined since December due to a shoulder injury. And once he got the green light to return, he was ready to pick up where he left off when he scored his first Octagon win over Adam Milstead.

The first-round TKO was the kind of performance the rising stars of the division have been delivering as of late, and even though he wasn’t able to keep the momentum going due to his injury-induced layoff, he has been paying attention to what his peers have been doing, and he likes it.

“Yes, I’m in the mix and I am fighting, but more than anything, I’m still a fan,” Rodriguez said. “So I get excited. I love the matchups, I love looking at other people’s matchups and my matchups and my potential matchups. I love it all. You shouldn’t do something that you don’t love through and through. I love the fact that I can get up every day, train and get better and fight at the highest level. I take it all in with open arms and embrace it.”

That joy is aided by the folks he trains with, and if you get the impression that the New England gang making noise in the UFC are friends beyond the gym and enjoying this whole ride, that’s accurate, and Rodriguez loves it.

“We know it’s business and we gotta mount up when it’s time to mount up, but overall, we just keep it real relaxed and we try to have fun,” he said. “It can’t always be so rigid all the time.

That’s unhealthy and I think that takes a toll mentally on people. It’s just not good. So we have fun with it, and you see by the results that we keep crushing it because of our mindset of how we do things. The world is stressful as is, so why bring that stuff into what we love to do? These are the times when we don’t feel stressed. Why would you bring stress into that? It never made sense for me.”

So where is Rodriguez’ head at this weekend? He wants to reintroduce himself.