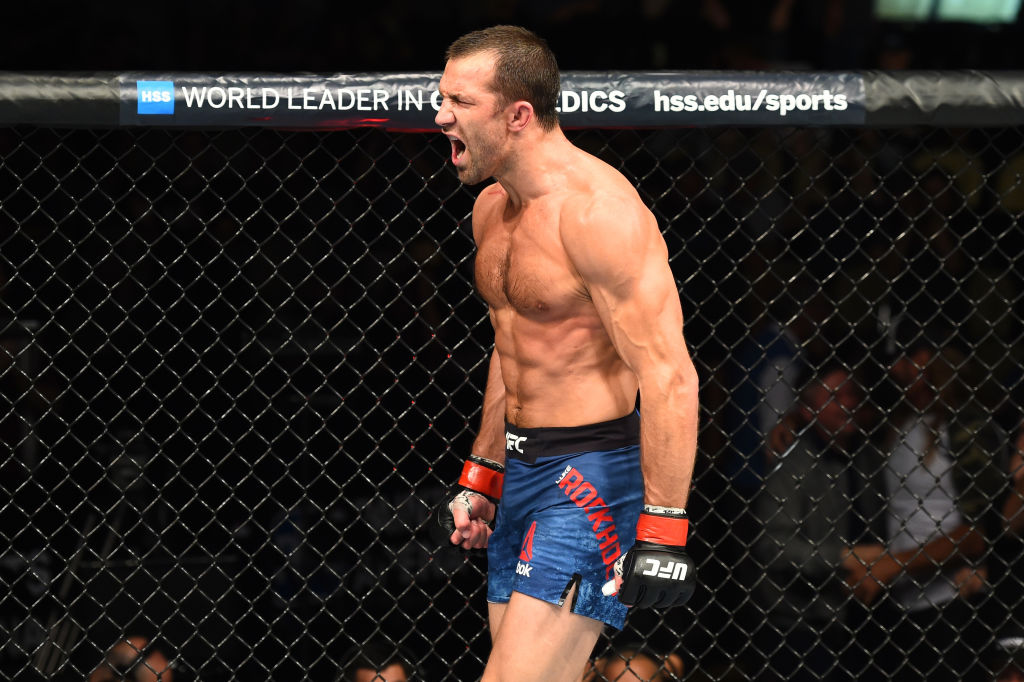 Former UFC middleweight champion Luke Rockhold made a triumphant return to active duty Saturday at PPG Paints Arena in Pittsburgh, as he scored a second-round stoppage of David Branch in his first bout since losing his title to Michael Bisping in June 2016.

“I’m happy to get the win,” Rockhold said. “I wanted to take my time and be patient and he rushed the fight. He brought it and did what he had to do, and I did what I had to do. Now I’m coming for that belt.”

The middleweights started fast, Branch throwing punches and Rockhold returning fire with kicks before they clinched against the fence for a brief spell. Branch kept the heat on and he tagged Rockhold with several hard punches and also scored a quick takedown, keeping the Californian on the defensive. Rockhold did get a takedown in the final minute, though, showing Branch that he wasn’t ready to go away.

After some back and forth action on the feet and in the clinch early in round two, Rockhold got Branch to the mat with two minutes left and quickly moved into the mount. On the mat, Rockhold let his hands go, first from the mount and then as he took his opponent’s back, and after a series of unanswered blows, Branch tapped out at the 4:05 mark of the second stanza.