Roberts not Defined by the Color of His Belt

“It's cool when people say that they think I'm at a black belt level
already, but I'm not in a rush to get one. Because when I do get my
black belt under Cesar there will be no question about it.” - Daniel Roberts 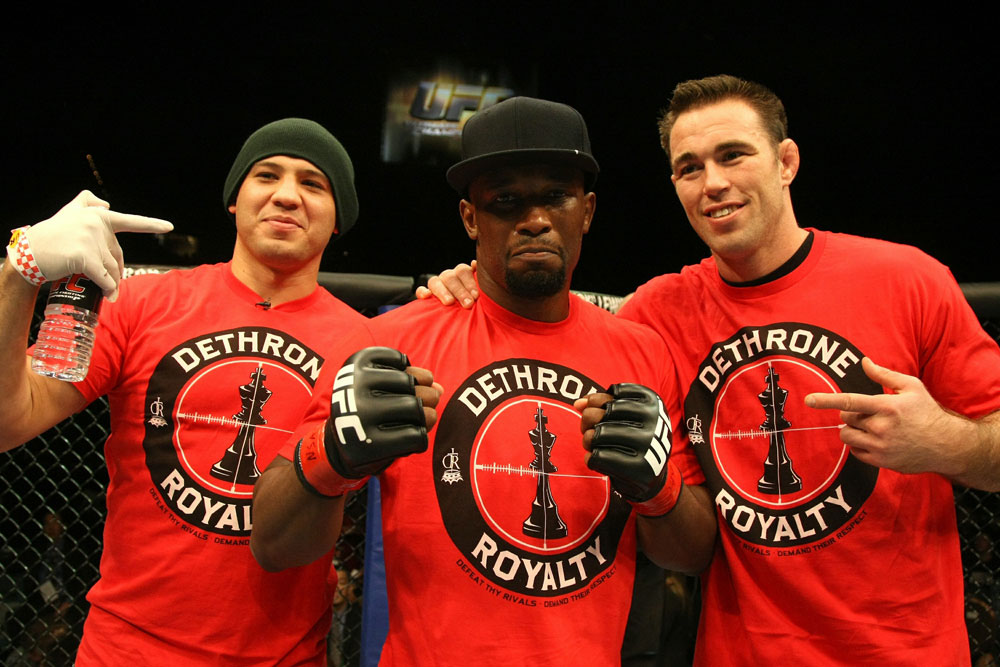 “A black belt only covers two inches of your ass. You have to cover the rest.” - Royce Gracie

A fighter is not defined by the color of his belt. A fighter is defined by his abilities and how he utilizes them to win in a scrap. For UFC welterweight Daniel Roberts, winning is about the only thing he has been doing for the past four years. After 12 victories with nine by submission and just one loss as the sole blemish on his record, some might be surprised to read that arguably the fastest rising 170 pound ground fighter in the UFC is actually a newly minted purple belt.

“I just got promoted to a purple belt a couple months ago under Cesar Gracie,” says Roberts, who made the move to the left coast about 13 months ago to train with the legendary Gracie and his MMA protégés “The Skrap Pack”. “Cesar Gracie is probably one of the hardest guys ever to get belts under. He doesn't like to give away belts. A lot of Jiu-Jitsu guys might get a black belt in a couple years, but with Cesar you really have to earn it.”

It is slightly terrifying to consider what all of this means about Roberts’ Jiu-Jitsu game: it’s going to get even better. The 30 year old has spent only one year training with Cesar Gracie, Nick Diaz, Nate Diaz, Gilbert Melendez and Jake Shields. In that time, Roberts has amassed a 3 - 1 record in the UFC and a “Submission of the Night” bonus with his ultra slick and quick anaconda choke of Mike Guymon at UFC 121. Training at a super competitive camp under the watchful eye of a famed Gracie who is well-known for continuously pushing his students is everything that Roberts has been hoping for.

“It's cool when people say that they think I'm at a black belt level already, but I'm not in a rush to get one. Because when I do get my black belt under Cesar there will be no question about it.”

The next chance for the “Ninja” to show off his scintillating submissions will be at UFC 129 in Toronto, Canada against local favorite Claude Patrick. “The Prince” is another big welterweight with savvy Brazilian Jiu-Jitsu skills much like Roberts’. Patrick, 30, has an impressive overall record of 13 - 1 with a penchant for victories by guillotine choke (six). Born and raised in Toronto, Patrick should easily have the crowd behind him as well as the confidence that comes with being 2 - 0 in the Octagon.

“Claude Patrick is a decent guy. He has a really good guillotine. Most of his victories are by guillotine. It's definitely an area I'm focusing on defending. I'm really fortunate that I'm training with Jake Shields because he has one of the nastiest guillotines ever. I've been doing good in training and haven't been getting guillotined by Jake, so I'll be ready for Claude Patrick.”

Not only is “Ninja” training day-in-day-out with arguably the best American Jiu-Jitsu practitioner in MMA today, but Shields is also training for the biggest fight of his life that same night. In the main event at UFC 129, Shields will be competing for the highly coveted UFC welterweight championship against none other than Georges "Rush" St-Pierre. If a fighter is only as good as their preparation, then Roberts is preparing with the best who is preparing to fight the best.

“Jake is relentless. He has the best guard passes ever. He passes people’s guard so easy. It is a whole different level. I've completed all over the world and I haven't ever grappled with anyone like Jake. It is a huge advantage training with someone like him. Grappling is my strong point and I will get even better working with him.”

The Bacone College alum is simply ecstatic about his training at Gracie’s Jiu-Jitsu Academy and, on top of that, he is riding a three fight win streak into this fight with Patrick. Admittedly, Roberts’ first win in the Octagon, a split decision over Forrest Petz, was not his strongest showing due in large part to it following his debut/only loss to the heavy-handed John Howard. Since then, he’s gotten his swagger back with two first round submission victories over Guymon and Greg Soto.

“If you look at my record they're mostly by submission in the first round. I know that UFC has the top fighters in the world, but I don't plan on stopping the way I fight. That's the way I do it. I like to get in there and get it over with. I don't get paid by the minute. The quicker I can get in there and end the fight the longer my career will be.”

Roberts’ move from Oklahoma to California has not resulted in only one new training camp, but two. “My Muay Thai coach is Ganyao Fairtex,” proudly states Roberts, who is improving his southpaw standup attack at the renowned Fairtex gym in San Francisco. But don’t expect Roberts to turn this into a slugfest. “My standup is getting really, really good. I haven't developed the skills to knock someone out just yet, but it will happen. I'm learning a lot about standup, but there really are not too many people on my level as far as grappling.”

No matter how good the NAIA All-American wrestler and multiple NAGA NO-GI 1st place finisher’s standup gets, in a fight the ground will always be his home.

“When I'm on the ground I'm in control,” asserts Roberts, who has over 12 years experience in both wrestling and Brazilian Jiu-Jitsu. “With my wrestling and my Jiu-Jitsu mixed together it’s just a good combination. I move really quickly and I'm really athletic. I have beaten a lot of guys who are technically better than me in Jiu-Jitsu because they couldn't move like me.”

On April 30th in front of 55,000+ screaming Canadian UFC fans at the Rogers Centre, Roberts will be playing the role of the villain fighting the hometown hero. Roberts won’t be alone in the out-of-towner hoping to play spoiler role because his training partner Shields will be battling UFC champion and Canadian icon St-Pierre. For “Ninja”, whether the crowd is for him or not if he gets a hold of Patrick it will be a quick night.

“With any submission, if I lock it up right, then they'll tap,” says Roberts, and that promise comes regardless of what color belt he’s wearing.