“It goes to show that just because an upset or something goes against the grain, that it doesn’t mean that your story is finished and it’s over."
By Zac Pacleb • Mar. 15, 2019

Toughness comes in different forms, in different levels and different circumstances. To be a mixed martial artist, some level of toughness is required to even step into the Octagon. It takes toughness to make a living from getting hit in the face for a living.

There’s a different kind of toughness, though, that grows from overcoming hard circumstances. When it’s not just your own well-being, but also the well-being of others depending on you, it breeds a special kind of hard-faced attitude in a person.

That’s the kind of toughness Danny Roberts carries with him.

The eldest male of 12 kids, a lot of responsibility fell on Roberts shoulders as he grew up without his father around. In his own words, that upbringing is what gives Roberts the perseverance to overcome whatever problems present themselves in the cage.

“(Growing up) was mayhem,” Roberts said. “It was very hard. It was kind of a little bit of a free-for-all, and I kind of had to find my own way as well as have the love and guidance from my mom and getting the morals right from (when I was) young. That’s something that she made sure that she implemented and taught me.”

Roberts’ grinding mentality has shown itself best after his two losses in the UFC. Both times, after losing by knockout, he followed with a knockout win, most recently in London almost exactly a year from when he’ll step into the Octagon again to face Claudio Silva.

“It goes to show that just because an upset or something goes against the grain, that it doesn’t mean that your story is finished and it’s over,” he said. “You need to continue to push forward, and for me, again, that whole adversity, overcoming it, moving forward, having that positive mindset, I think that you either have it engrained in you or you have to really try to develop that, and it was something that I didn’t realize I actually had it until I brought it to this fight game.

“I’m thankful for the upbringing that I had and the morals that I got taught from young because it’s something now that I believe helps me get through the hard times, even when we are in the cage and we have adversity or we can do that because we got it within us.” 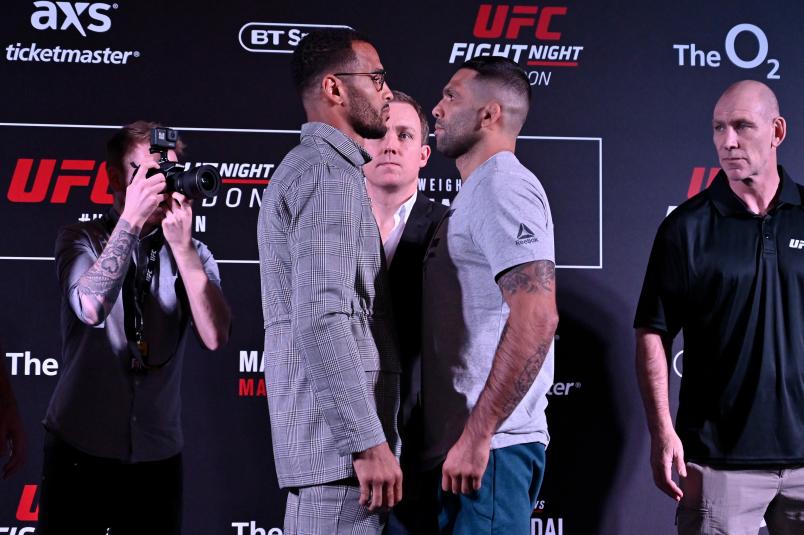 Roberts lights up when talking about his family now. Of his siblings, he’s the only fighter, but he does have one sibling pursuing a career in music and another he calls a successful businessman. Another family member, though, might be catching the fighting bug: his 3-year-old son.

“I take him to the gym with me whenever I’m home,” he said. “I’m pretty much like a god to him in the sense that he looks up to me. I can already tell he’s inspired. He wants to be like his dad”

Seven fights into his UFC career, Roberts wants to establish himself inside the top-10 of the welterweight division in 2019. If he is able to stretch his current winning streak to three fights, then he’ll be on the right path to accomplishing that goal. If things don’t go his way though, it’s fair to expect his next opponent might have their lights turned out.

“To be able to go out there and to continue to strive for my family, it’s really given me something which is substance when it comes to the fight time and the lights are on and the cage door shuts,” he said. "My heart and my mind cannot be beat.”