Robert Whittaker - Aussie Finisher is One Win Away from Glory

"I like to finish fights, and I don’t aim for a knockout, it just happens that way. I go hard, go fast, and let it fly." - Robert Whittaker 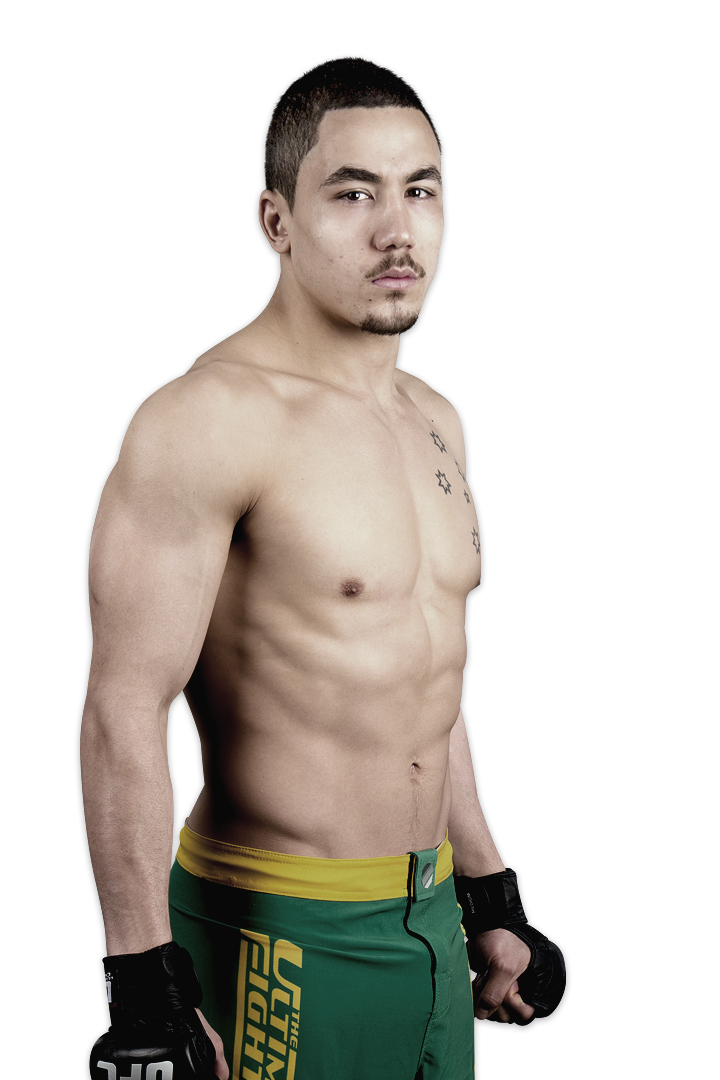 A member of Team Australia on The Ultimate Fighter: The Smashes, Robert Whittaker went into the competition with just two rules: keep to himself for the most part, and not give away too much in his fights.

This Friday (Saturday in Australia), Whittaker is in the show’s welterweight final against Team UK’s Bradley Scott, so it’s obvious that he did well. But did he adhere to his self-imposed rules?

On the first part, Whittaker says he did, as for the not giving away too much in his fights bit, well he did score first round knockouts of Luke Newman and Xavier Lucas, so whatever you did see, it was pretty impressive while not being too time consuming.

Mission accomplished. But if there’s a downside, fans whose first exposure to the 21-year-old from Sydney was through the reality show will now expect knockouts like that all the time.

“It’s not so much a lot of pressure, it’s just that’s how I like to play my game,” said Whittaker, who finished all his previous wins as well, four by knockout and five by submission. “I like to finish fights, and I don’t aim for a knockout, it just happens that way. I go hard, go fast, and let it fly.”

If that sounds like two other UFC vets that were born in New Zealand but made their homes in Australia – Mark Hunt and James Te Huna – it’s no coincidence. What Whittaker will say though is that the willingness to go to war and throw caution to the wind in search of a finish isn’t in the water.

“I think it’s in the blood, to be honest,” he said. “There’s a certain evil that just demands more blood once the bell rings.”

And as far as Whittaker was concerned, his die was cast early on when it came to becoming a pro fighter. A black belt in Karate and Hapkido and a purple belt in Brazilian Jiu-Jitsu, he’s been a martial artist for much of his life, and when he discovered MMA, he knew that was his true calling.

“I knew I was gonna fight professionally,” he said. “If I really wanted a goal or if I’ve ever wanted something, I simply needed to take it. In terms of career, sports, hobbies, everything I want I can literally take in this sport.”

It’s been quite the commitment though, which you can understand from older athletes, but when you see someone as young as Whittaker give up all the things most in their late-teens and early-20s partake in, it shows the level of dedication he has for the sport.

“I’ve had to sacrifice pretty much everything other than working and fighting,” he said. “I’ve been fortunate enough to find a partner that can accept me fighting and accept the time that it takes of me, and fighting’s actually even taken over my job, so it consumes me as a whole. I don’t go out, I don’t drink, I don’t see my friends every weekend, I don’t have time to play around during the week. Money isn’t the best always, but it’s a sacrifice that you need to make if you consider the end game.”

For Whittaker, the end game is the UFC and eventually a world championship. For most on the Aussie circuit, that’s a long-term goal when you’ve only turned pro in 2009. And even though he went 9-2 at home, Whittaker was prepared that when you’re not in the United States, the road to the Octagon could either be unexpectedly quick or long and arduous.

“The sport is growing really slowly in Australia compared to how fast it’s progressed in America, and being that the UFC originated in the States, I’d like to think that people over there have a little bit extra favor toward making it in the UFC, so it was definitely a lot slower in Australia because you know the road you have to walk, but you can’t see where it ends,” he said. “You could be fighting locally for two fights and then someone gives you a buzz, or you could be fighting locally for 50 fights. Personally, I didn’t think ‘yeah, the next fight the UFC’s sure to call me,’ or anything like that.’ I just thought, every opponent, I’m gonna beat you, and then I’m gonna meet another bloke and I’ll beat him, and the way I saw it was that if you beat everyone, someone has to notice you.”

Whittaker was noticed, but not for the UFC just yet. Instead, he was brought in for The TUF: Smashes show, and as he says “Once the show popped up, that was the light.”

And after getting settled with the rest of the competitors, he started putting lights out, sailing to the final bout against Scott this week. He won’t say it was exactly smooth sailing though.

“If I had to do that again, I’d probably take up a new career,” he laughs. “It was quite strenuous, it was boring, and it was very hard to stay focused and keep sight of the goal for the whole six weeks of the show. It’s something you had to do once, and thankfully it’s only once.”

The upside? He’s one win away from a UFC contract and he got to train with UFC vet George Sotiropoulos, his team of coaches, and a selection of fellow Aussie up and comers.

“Going into the house, I knew that we would be getting expert trainers and expert advice, George himself as well, and I would have been a fool not to take everything I could in and absorb everything he had to offer,” said Whittaker. “I tried my best to absorb everything, and it probably wasn’t a method I could have done any longer than the time in the house, but I learned what he does, I got a good feel of everything and now I’m gonna adapt it to the way I train.”

What Whittaker won’t be able to adapt to without experiencing it will be an arena packed with fans cheering for the only fighter representing Australia in the two Smashes finale bouts. At least he knows what’s coming though, and he’s preparing accordingly with the idea that when the cage door closes, it’s just him and Scott.

“I believe the emotions are gonna be pretty high,” he said. “It’s going to be a pretty outrageous scene, a lot larger crowd than I’m used to, but at the end of the day I’m there to do a job, and the job always takes precedence over how I feel emotion-wise, and fighting is fighting. It doesn’t matter whether it’s in front of a million people or in front of no one. The simple fact is that bloke’s trying to hurt me and I think that level of threat will take over everything else.”