Robbie, Rory All Business Before UFC 189

The UFC welterweight title is one of the most prestigious crown jewels under the promotional banner. Unlike other divisions, the 170-pound strap has been touched by few over the past decade, with two of those men (Matt Hughes and Georges St-Pierre) carving out legendary careers during their time atop one of the most consistently talent-stacked collectives.

At UFC 189 on July 11, two epic journeys will collide as champion Robbie Lawler and No. 1 contender Rory MacDonald will meet inside the Octagon with one of the most coveted titles in mixed martial arts hanging in the balance.
> RELATED CONTENT: Mendes Vows to 'Crush' McGregor's Face | McGregor Plans To Butcher Mendes At MGM

“Ruthless” stamped one of the most memorable resurgences in MMA history as his return to prominence culminated with a split-decision victory over Johny Hendricks to become the new king of the 170-pound weight class at UFC 185 back in March. The heavy-handed knockout artist has been on a tear since returning to the promotion that forged the foundation his career was built upon, and the American Top Team product will be looking to continue his drive toward greatness against MacDonald next Saturday night. 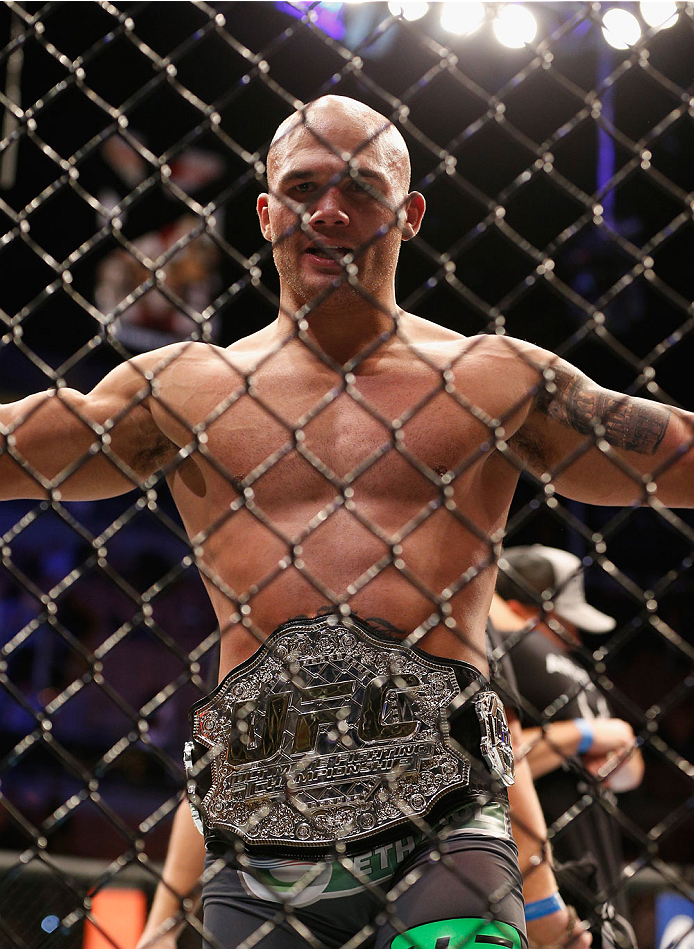 The reigning welterweight champion was on Wednesday afternoon’s conference call for UFC 189, where he spoke about his journey and furthering his legacy by once again turning back the talented young contender MacDonald.
> Listen To UFC 189 Conference Call Replay

“This is a lot of hard work that finally paid off,” Lawler said. “It's a lot of never saying die and always believing in myself. This is hard work by my coaches and training partners throughout the years, but I'm not really concentrating on that kind of stuff right now. I'm concentrating on today and how I can get better and continue to do well. I'm going to continue writing my story and beating people up. I'm not going to let this ride end.”

And while the champion’s path has been one of proving his doubters wrong, MacDonald’s push toward his first UFC championship has been about proving people right. The 25-year-old British Columbia native was labeled the heir apparent to the crown long held by his Tristar teammate and pound-for-pound great Georges St-Pierre shortly after his arrival to the premier stage in the sport back in 2011, and he has spent the past four years living up to the hype. 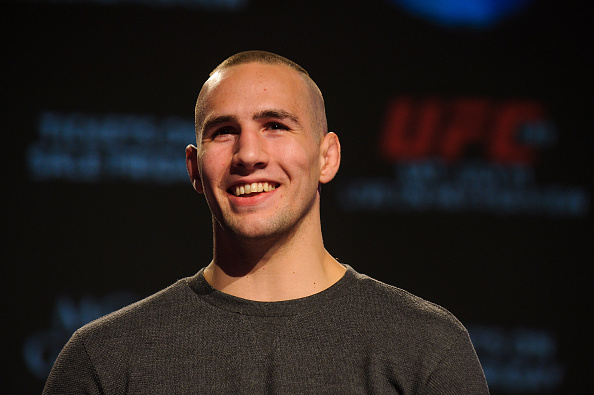 The “Red King” will finally have his long-awaited opportunity to fulfill expectations and achieve his ultimate goal at UFC 189. Becoming a UFC champion has been MacDonald’s dream since he began competing as a professional at the age of 14, and the chance to make that dream a reality is a moment he refuses to let slip through his fingers.

"It's been an awesome journey,” the Canadian challenger offered. “I love what I do and love what my life's become. It's been a long journey but an incredible one.

"When I got into the UFC I knew I wasn't ready to fight for the belt, and there was a lot of growth I needed. I needed a lot of experience against top-level guys and it took time, but step-by-step I got the experience I needed. I kept practicing techniques and developing new styles. I've kept an open mind as a martial artist and here I am. The road doesn't end here after this. There is always more to learn as a martial artist and that's going to keep going."

Next Saturday’s co-main event combatants will be fighting for the second time, having battled it out over 15 minutes at UFC 167 in November 2013 when the pair were both in hot pursuit of the welterweight crown.

Lawler came away with the split decision victory that night, and while both have grown from their first encounter, neither is looking back on their first meeting, opting instead to focus on the fight at hand.

"The plan for me is to always go out there and finish people,” Lawler said when asked about seeing the scorecards with MacDonald the first time around. “I don't want to go out there and leave it to the judges; I want to get in his face. I'm going in there to knock somebody out. That's how I fight and I want to put a stamp on this one.”

"I'm not trying to prove anything,” MacDonald replied when faced with the same question. “I believe I have a new attitude and I've come a long way since that fight. I feel I'm at my best right now and I'm going to go out there and show that to the world. The rest will take care of itself."