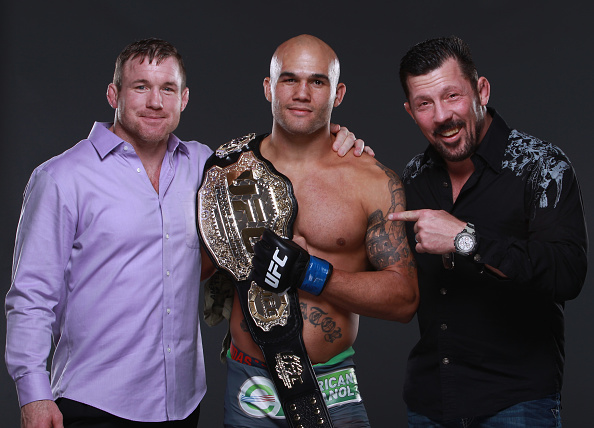 No one trash talks Robbie Lawler. Strange, but it’s hard to recall anyone trying to play pre-fight mind games with the UFC welterweight champion, a pretty impressive fact that Lawler is in his 15th year as a pro mixed martial artist.

“I think it’s probably more of a respect factor,” Lawler said. “They realize that I’m a good guy and I come to fight, and that’s about it. I think they might not look as good if they tried to attack me verbally. It might play against them a little bit.”

Of course that never stopped Nick Diaz from a few in-fight antics with Lawler when the two fought back in 2004, but that was just Nick being Nick. Other than that, the opponents of “Ruthless” seem to realize that riling up one of the hardest punchers in the sport probably isn’t a wise idea. So it’s been interesting to watch Lawler and the man he’s defending his title against this Saturday in the UFC 189 co-main event, Rory MacDonald, as they settle in around the Conor McGregor show. 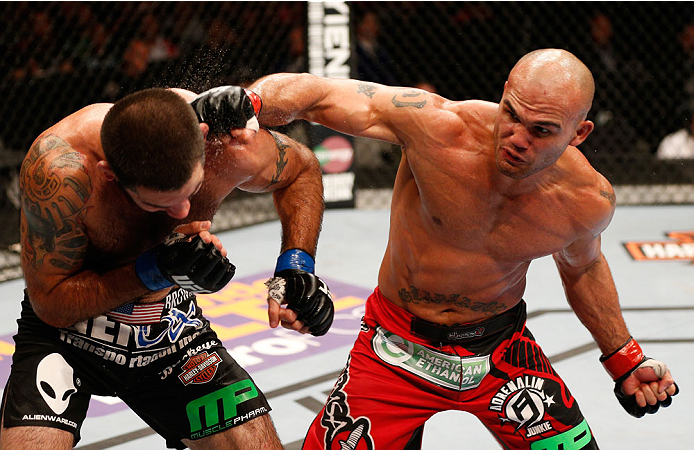 The loquacious Irishman embraces pre-fight talk and gamesmanship, and whether it was with his original opponent in UFC 189’s main event, Jose Aldo, or his current one, Chad Mendes, the barbs have been flying back and forth in a furious fashion. You can almost see Lawler smirking as the insults are delivered.

“Yeah, a little bit,” he admits. “I don’t really pay too much attention to it. Obviously, it’s there but it doesn’t really affect me that much. I just enjoy the moment and worry about myself.”

It’s almost the perfect scenario for Lawler, one of the most affable fighters in the game, but also one who doesn’t exactly trip over himself in order to secure camera time or talk about himself. He’s almost Chuck Liddell-esque in that way. He hates doing interviews, but he’s a pro, so he’ll do whatever is asked of him. So when McGregor took the reins and ran away with hyping the event, Lawler didn’t complain.

The lack of bad blood doesn’t make Lawler-MacDonald II any less compelling. In fact, on a stacked card, it may be the most intriguing matchup given the history between the two and the history of each fighter. 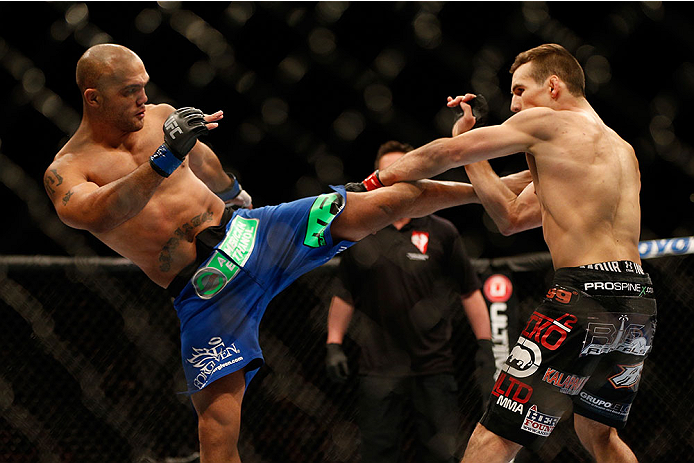 In 2013, Lawler, in the midst of one of the sport’s great comeback stories, momentarily halted MacDonald’s journey to a world title shot with a three-round split decision win. The victory, Lawler’s third straight since coming back to the UFC after an over eight-year absence, propelled him into a bout for the vacant welterweight crown against Johny Hendricks. Lawler lost that bout, but nine months later he secured the gold by decisioning Hendricks in their rematch. For those who had covered Lawler’s career from the start, it was a memorable moment, showing the power of resilience in this toughest of sports.

“It was special because a lot of people wanted it for me,” Lawler said. “A lot of coaches, a lot of training partners, they were really pulling for me, and it was nice to give that to them. That was a victory not only for myself, but for all my training partners and everyone who helped me out. So just to look back and to look at all those guys who helped me along the way, it’s awesome, and a lot of the guys that helped me along the way were there that night. It was a good day and they’re only getting better.”

And so begins the hard part - keeping the title - and while Canada’s MacDonald has long been seen as the heir apparent to the crown, Lawler does own one win over him and he’s always proven to be better the second time around in rematches against Hendricks, Falaniko Vitale and Scott Smith. Not surprisingly though, the 33-year-old takes the humble approach when it comes to explaining his success in return bouts.

“Maybe I’m just more comfortable fighting that guy, and I just feel like going out there, I’ve seen everything he does, so I’m more ready to go from the start,” he said.

What Lawler will admit to is that he’s a different – and better – fighter than he was the first time he fought MacDonald. So after a hectic 2014 in which he fought a Murderers Row of Hendricks (twice), Jake Ellenberger and Matt Brown, with three of those bouts going five rounds, a little break to start off 2015 has done the champ good.

“I feel really good about my skills and I feel good about how I approach these fights and the growth in my techniques over the last year and a half since I fought him,” he said. “So I feel like I have the ball rolling, my body’s fully recovered and I can’t wait to put on a great performance.”

But back to that trash talk thing. Did Lawler ever want to get into a verbal battle - just once - to see how the other half lives?

“No, not really. I’m just myself. I fight, I beat people up, and that’s what I concentrate on.”