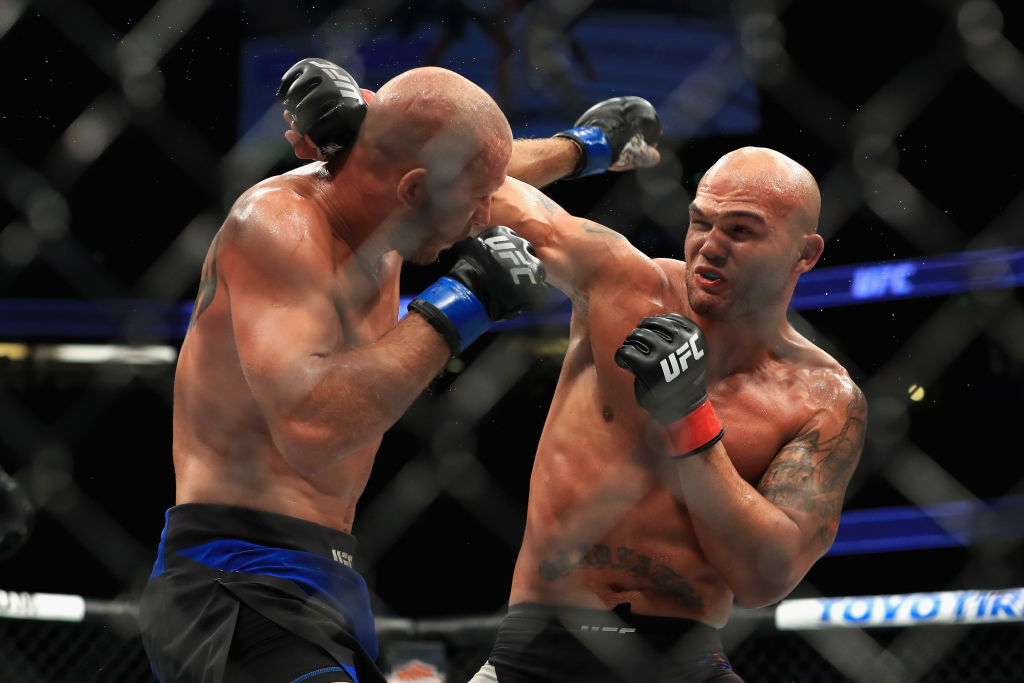 In his first fight since losing his UFC welterweight title to Tyron Woodley in July 2016, Robbie Lawler was his “Ruthless” self in finishing strong and pounding out a close, but unanimous, victory over Donald Cerrone in their highly anticipated UFC 214 main card bout.

“It was up in the air. I thought I won the first, he won the second, and it was leaving it up to that third round,” said Lawler, who dedicated the fight to his friend, UFC Hall of Famer Matt Hughes, who is currently recovering from injuries suffered in a June truck accident.

After a touch of gloves, Lawler went after Cerrone with punches and knees, bruising the Coloradan up and putting him on the defensive immediately. Cerrone survived the initial onslaught and obliged Lawler in the clinch, but “Ruthless” continued to control the action. Midway through the round, Cerrone scored a takedown and was able to catch his breath as he halted his opponent’s momentum. Cerrone worked to improve his position, but Lawler got back to his feet in a scramble. Cerrone did land a hard elbow and then a high kick, allowing him to finish the round strong.

The second round was all Cerrone, as he was able to keep Lawler at the end of his strikes for much of the frame. And when Lawler did close the distance, Cerrone made him pay with elbows and knees.

Lawler kicked off the final round with a kick to the head, and he was definitely showing a sense of urgency as he stalked “Cowboy.” Cerrone proceeded to get slowed down by body shots from Lawler, and his return fire wasn’t having much effect on the Floridian, who also shut down Cerrone’s takedown attempts en route to a return to the win column.