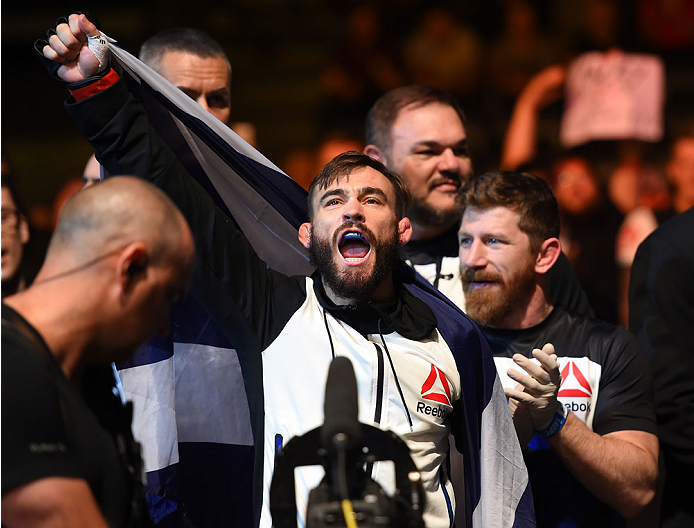 Rob Whiteford was the protagonist in one of the most epic UFC entrances of all time.

For his first trip to the Octagon in his native land of Scotland last July, the sold-out SSE Hydro crowd in Glasgow serenaded an emotional Whiteford on his final approach to the stage as “The Flower of Scotland” played throughout the vast arena.

Taking on Lucas Martins in UFC Fight Night Rothwell vs. Dos Santos in Zagreb, “The Hammer” looks forward to a similar passion in the Croatian crowd as they, too, welcome the UFC to their shores for the first time.

“I want to fight everywhere, but there is something special about being a part of the first UFC shows that are being put on in different countries and cities,” Whiteford said of the UFC’s debut in Croatia. “I really feel that the fans appreciate it much more in those circumstances than you see with a lot of American fans that have grown accustomed to shows in their part of the world.

“There is always a lot of excitement around those first events and I’m expecting the same with Zagreb. It’s easy for a lot of my Scottish fans to travel over there too. It suits everyone.”

After his stunning first round knockout of Paul Redmond in Glasgow, Whiteford couldn’t bring the same finality to his October contest with Darren Elkins in Dublin. The American’s wrestling stifled Whiteford that night, but the Scot is adamant that fans will see his signature headhunting style when he takes to the Octagon at the Arena Zagreb.

“I don’t feel pressure,” Whiteford said. “I don’t even put pressure on myself to put on a good performance because I have never gone into a fight and looked to score points and edge out a decision. I’m always trying to stop my opponent as soon as I can.

“In Dublin, Elkins just kept trying to take the fight to the ground, but I was trying to put on a show for the Irish fans. They have the same passion as the Scots and they deserved a show, but unfortunately my opponent’s wrestling game plan didn’t allow for it.&rdquo

Whiteford is quick to show respect for Elkins’ effort.

“Fair play to him. I hit him with a couple of very big shots that have put away some of my previous opponents, but he stayed in there. As I said, I always fight the same way, but hats off to Elkins for hanging in there,” he said.

Nothing changes when I meet Lucas Martins, I’ll be trying to take his head off, too.” 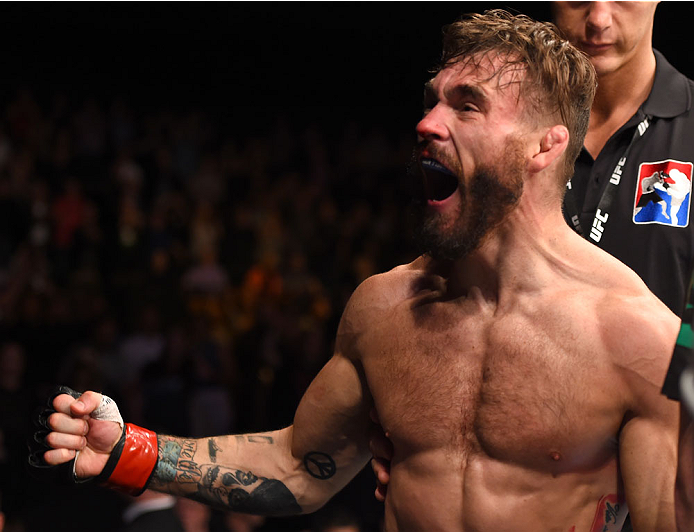 As far as Whiteford is concerned, his Brazilian opponent’s style makes for a great matchup. Showing no fear of “wild exchanges” in his previous Octagon outings, the American Top Team fighter is confident that the fans will appreciate their clash.

Animals become most dangerous when they’re backed into a corner, but the same could be said for prizefighters. Having gone 3-3 under the UFC banner and after losing his last two trips to the Octagon, Martins might be in danger of being cut should he not have his hand raised on Sunday night.

For Whiteford, Martins should be worried about the man who will be standing in front of him rather than his future with the promotion.