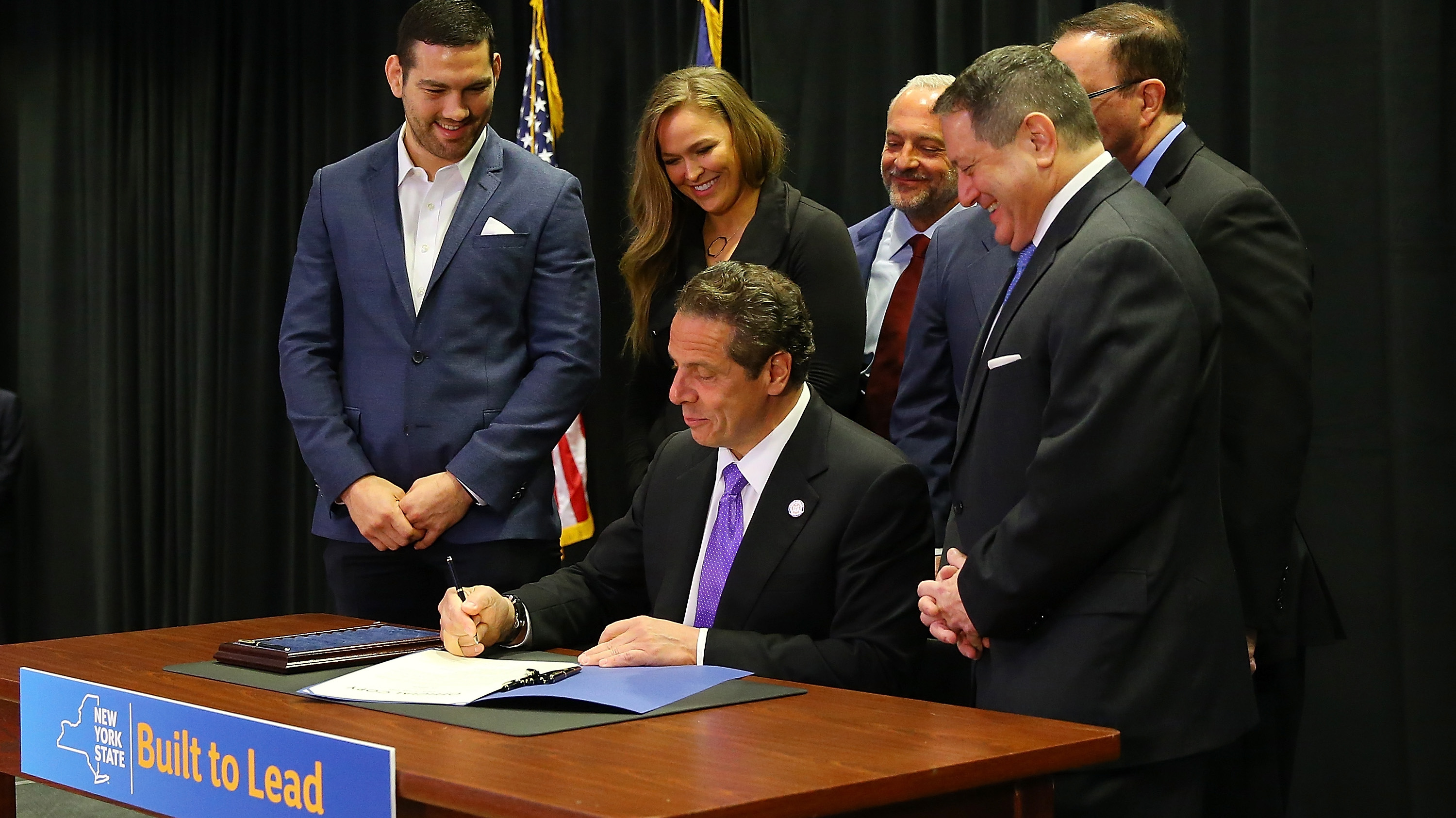 It was already a long day for Ronda Rousey, but you couldn’t tell it by looking at her or seeing her interact with the people lining up to get pictures with her.

New York Governor Andrew Cuomo signed the historic MMA bill into law in New York City in April. And at Madison Square Garden that day, Rousey had flown in from California, took part in the photo ops and speeches, and now it was about to wind down. But backstage, politicians, workers from Albany, and seemingly anyone and everyone who was there asked Rousey for a few moments for a selfie or a chat, and the former women’s bantamweight champion refused no one.

She joked, laughed, smiled, shook hands, and for a moment, you realized that this had become her life ever since she burst onto the UFC scene in 2013. Rousey had received plenty of media attention as an Olympian and then as the Armbar Queen of Strikeforce, but it was as the first female champion in UFC history that everything exploded.

Rousey wasn’t just a killer from Cali who was submitting and knocking people out without breaking a sweat. She was the pioneer, the movie star, the media darling, and the one fighter everyone wanted a picture with or an autograph from. Think about dealing with that every day of your life for three years.

But through it all, when it was time to shut down and get ready to fight, Rousey made the walk. And if you’re reading this, that’s why Ronda Rousey is one of the most compelling athletes of this era. It’s not the movie roles, the magazine covers or the red carpet walks. It’s because when “Rowdy” Ronda takes to the Octagon, something memorable happens. 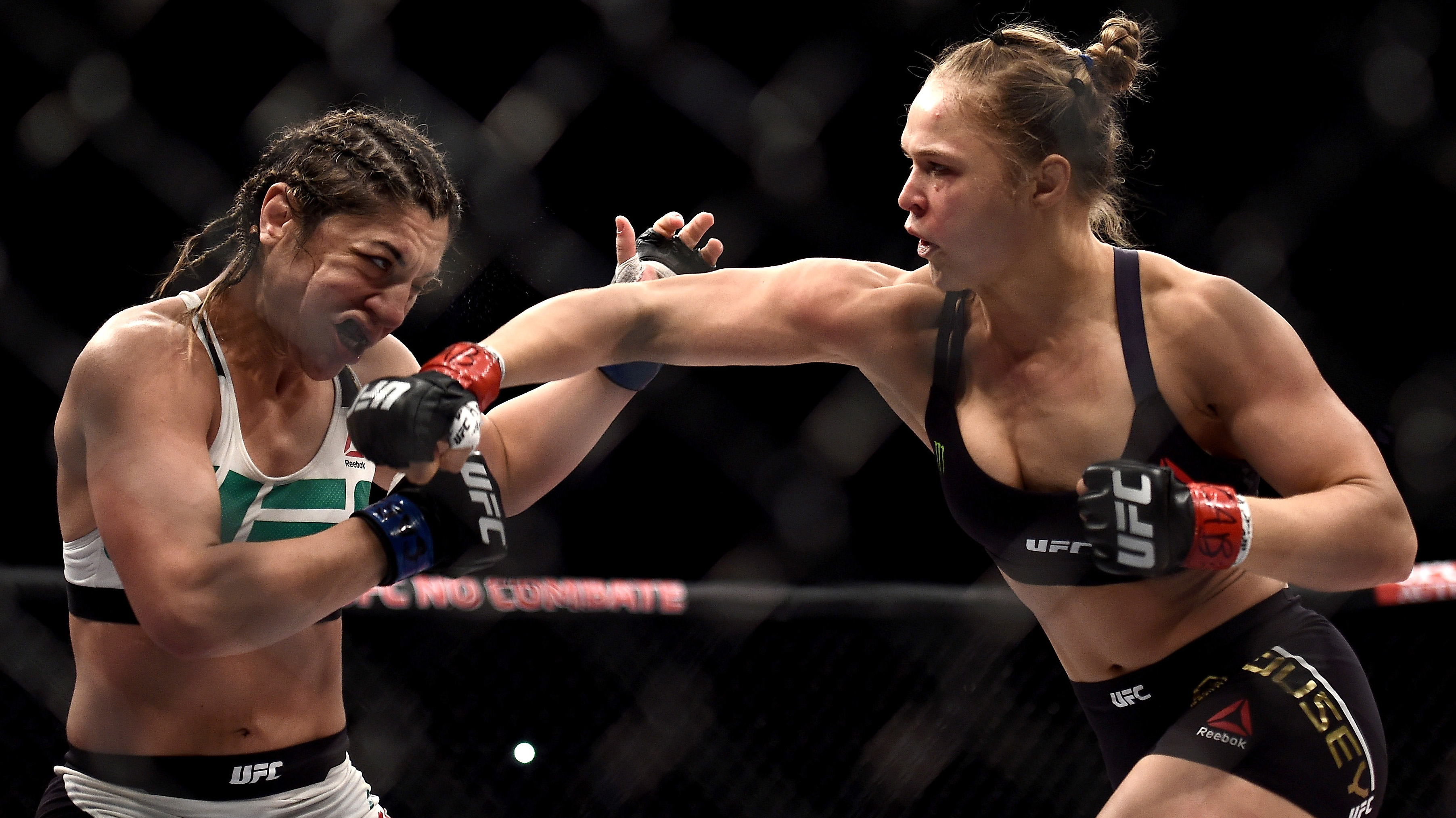 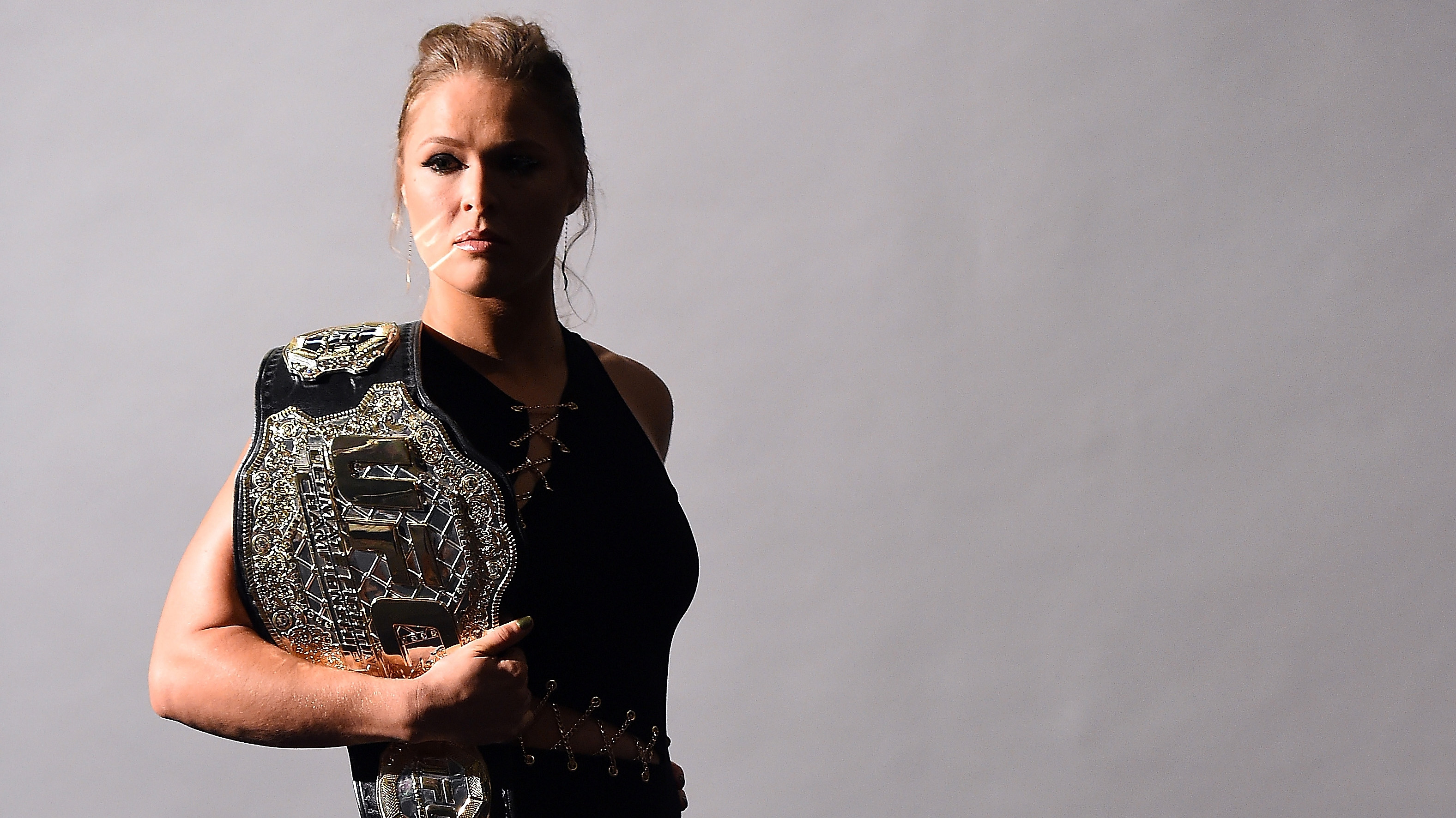 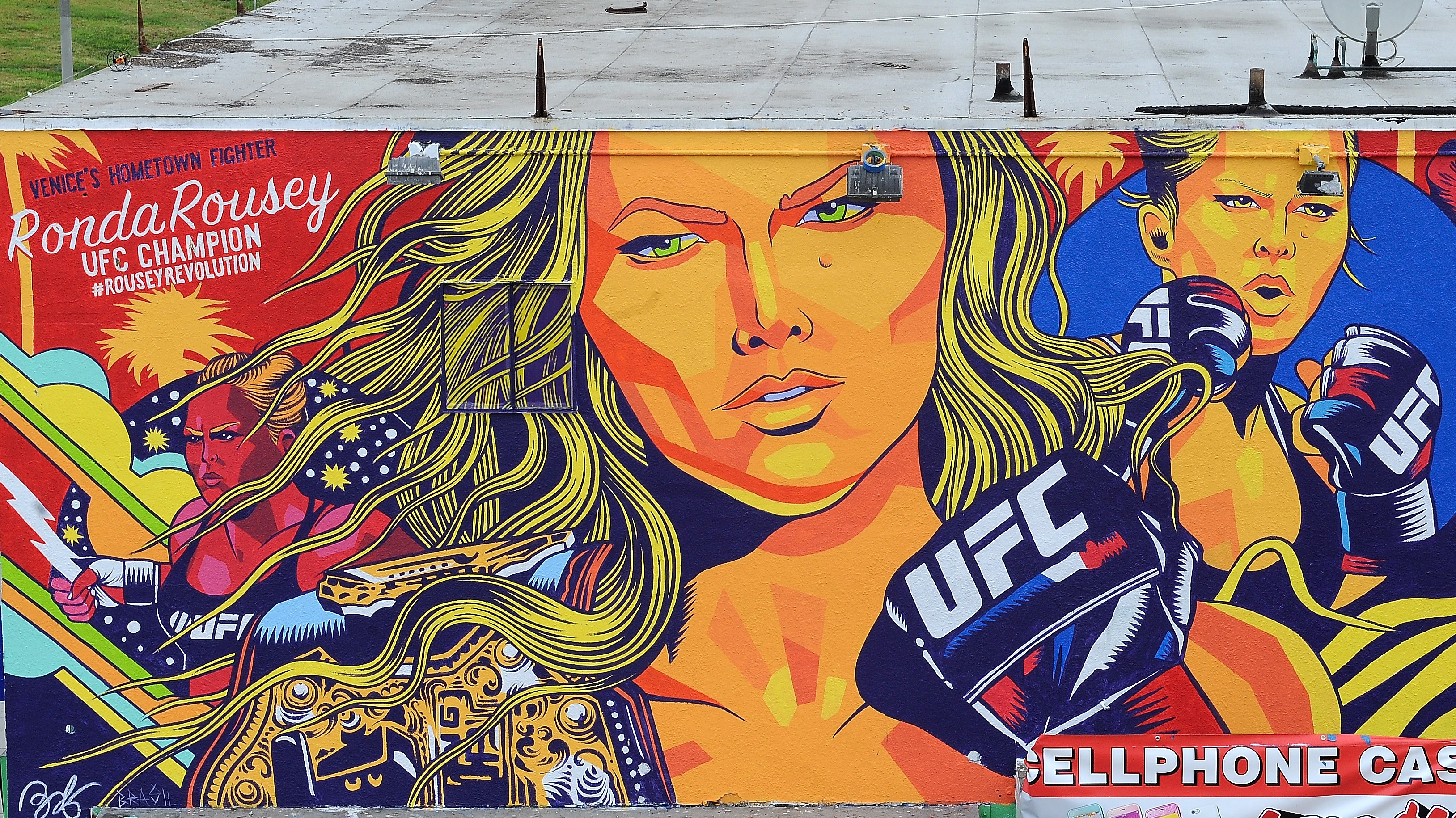 The proof is in the numbers: 13 pro fights, 12 wins, 12 finishes, 11 in the first round, eight in less than a minute. And Miesha Tate, Cat Zingano, Liz Carmouche, Sarah McMann, Sarah Kaufman and Alexis Davis, among others, were no easy marks.

Yes, Rousey lost her most recent fight, getting knocked out in the second round by Holly Holm. When that happened, the bandwagon emptied, but let’s remember that in this sport, everybody loses. As UFC Hall of Famer Matt Hughes so correctly put it, “If you haven’t lost, you’re not fighting the right people.” So if anyone dismisses what Rousey did since beginning her pro career in 2011 over one fight, that’s someone who doesn’t know the fight game.

So in the meantime, we await the return of the 29-year-old. She may already have a best-selling book out on the shelves, but there are still chapters to be written.

How do I know? I don’t. But if you’ve talked to Rousey for any length of time over the years, she’s no liar. She wears her heart on her sleeve and whether it hurts her or not, she’ll tell it like it is. So when she was in New York, we got to talking about fighting in historic venues and doing things that she can take a picture of and then hang it on her wall. Well, that’s not her.

“I don't have a single picture of myself fighting in my house,” she said. “I don't have my belts, they're hidden. I don't like putting stuff out there, but I like fighting for a place in history.”

That was in April. There’s still more history to made. Expect to see Ronda Rousey be a part of it. Why? Because she is a special fighter. Is, not was. 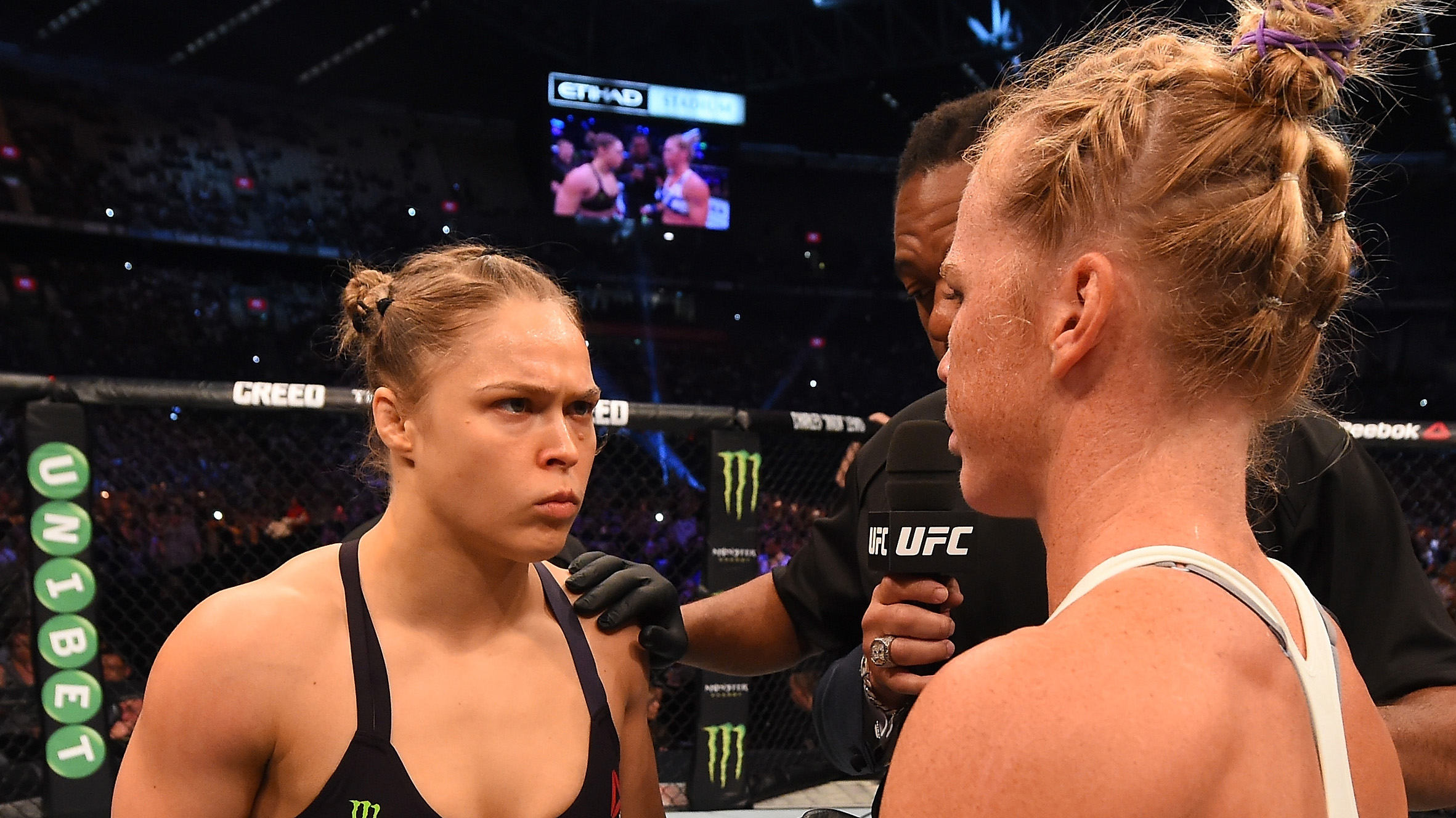 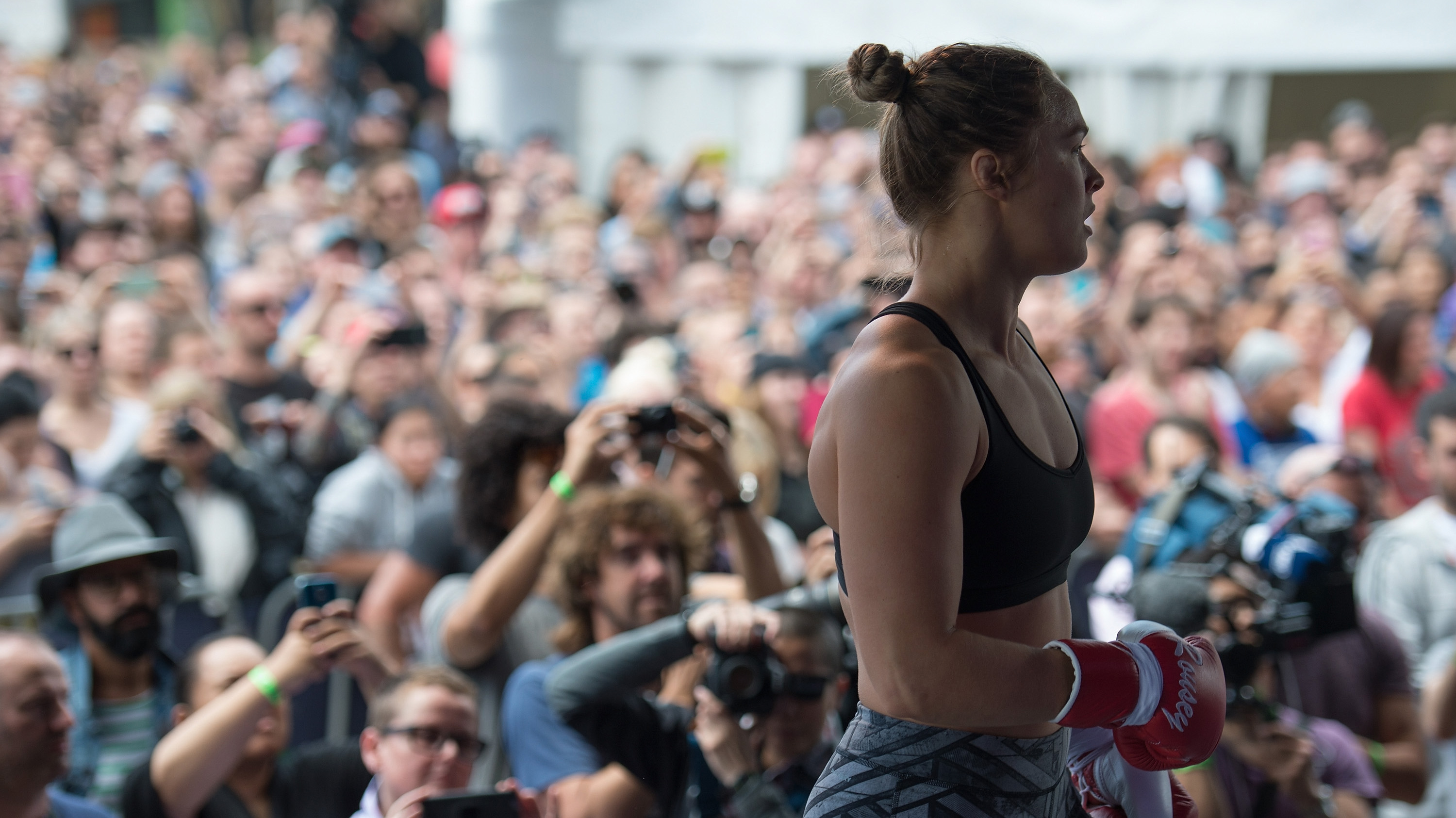 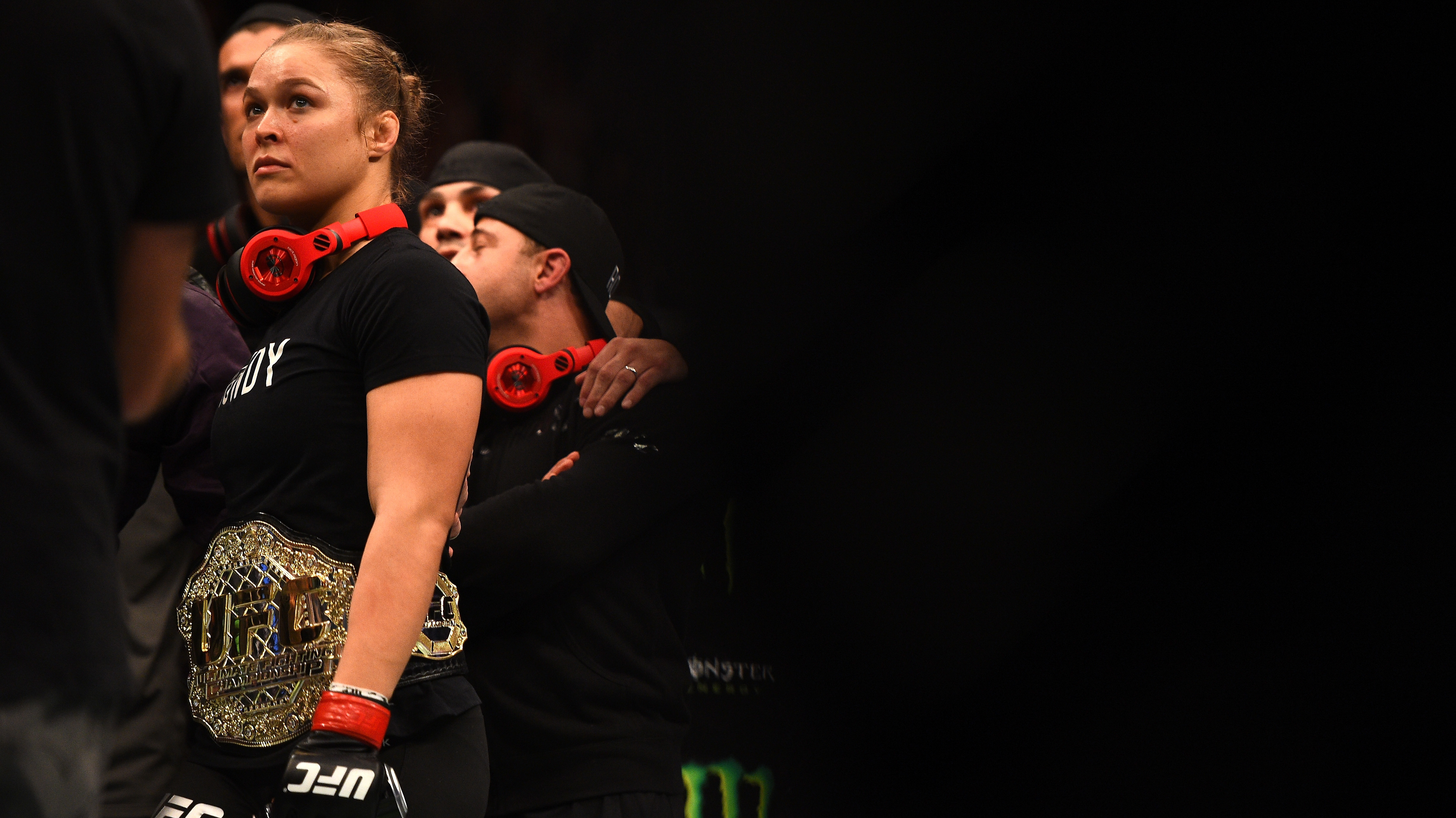