How do you capture nearly 23 years of a sport in 10 nights? You don’t. But as UFC 200 approaches on July 9, why not look back at some nights that captured the true essence of mixed martial arts and reminded you just what it means to be a fight fan. Here’s one fan’s favorites.

There’s really no other place to start than McNichols Sports Arena in Denver, the site of UFC 1. From the moment Gerard Gordeau sent Teila Tuli’s tooth into orbit, a sport was born, but perhaps more importantly, fans were immediately hooked. And though that image was the one that got your attention, it was the brilliance of Royce Gracie and his then-mysterious style called jiu-jitsu that kept you coming back. Who was this skinny kid in his pajamas making bigger and stronger opponents quit? Few events stick out like this one did.

Just a few months into the Zuffa era, the UFC came out firing with cards that always delivered intriguing matchups and began to introduce a new generation of stars while still featuring existing champs and contenders. Case in point, the UFC 31 event in Atlantic City that was headlined by an instant classic between Randy Couture and Pedro Rizzo for the heavyweight championship. The welterweight title was also on the line, with Carlos Newton defeating Pat Miletich. As for the undercard, how about Chuck Liddell vs. Kevin Randleman, Shonie Carter vs. Matt Serra, and the debut of a young man from Hawaii named BJ Penn? That’s a show. 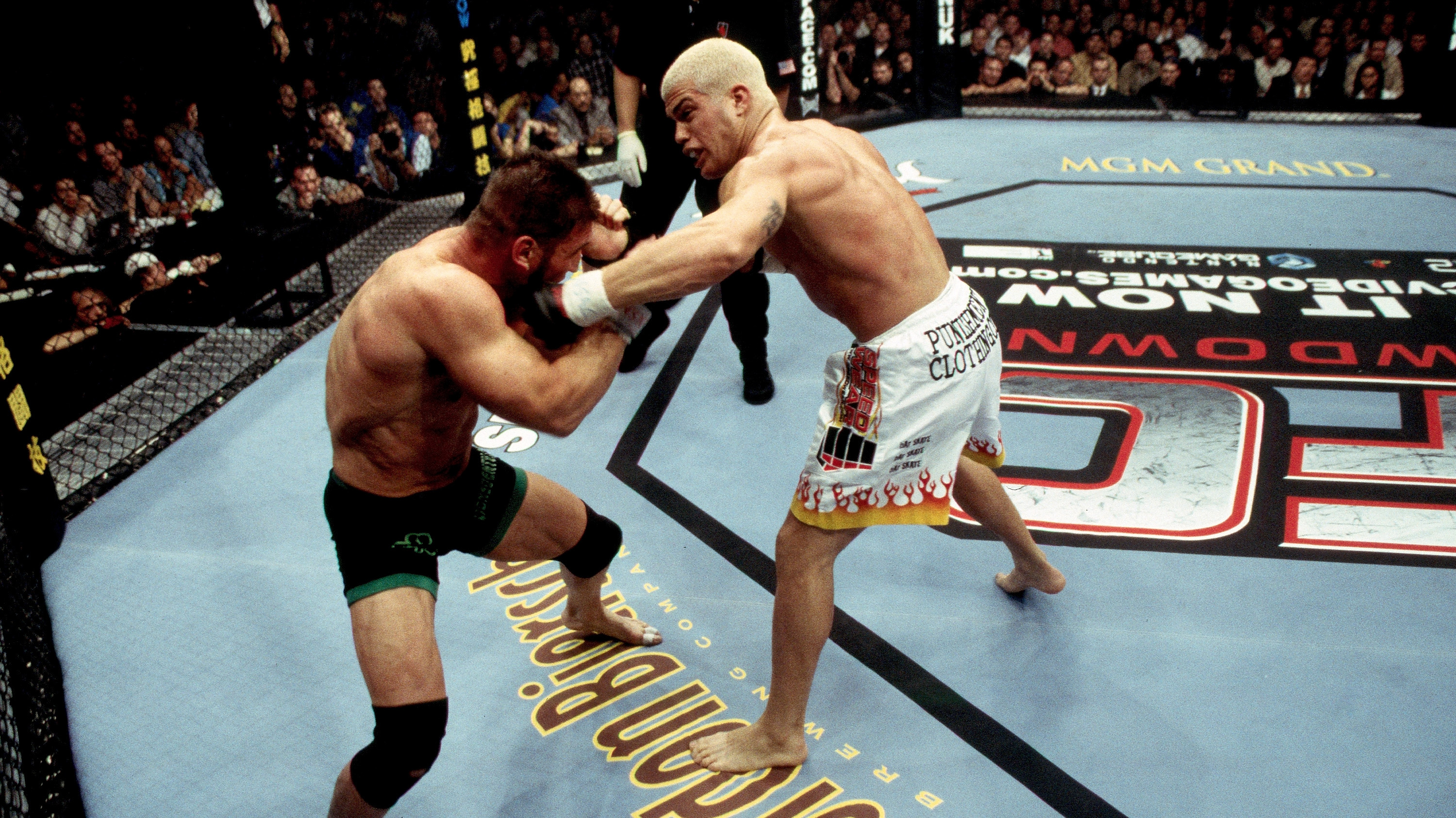 Yes, the UFC 40 main event between Tito Ortiz and Ken Shamrock was a one-sided win for “The Huntington Beach Bad Boy,” and the rest of the card, which featured the likes of Chuck Liddell, Matt Hughes, Robbie Lawler, Andrei Arlovski and Carlos Newton, was good, but not spectacular. But this event earns a place on the list because of the anticipation that went with it. This may have been the first UFC card that your friends who didn’t even care about MMA wanted to see. UFC 40 let the rest of the world in on what the diehards had known for years – this sport was here to stay and no one was getting rid of it. 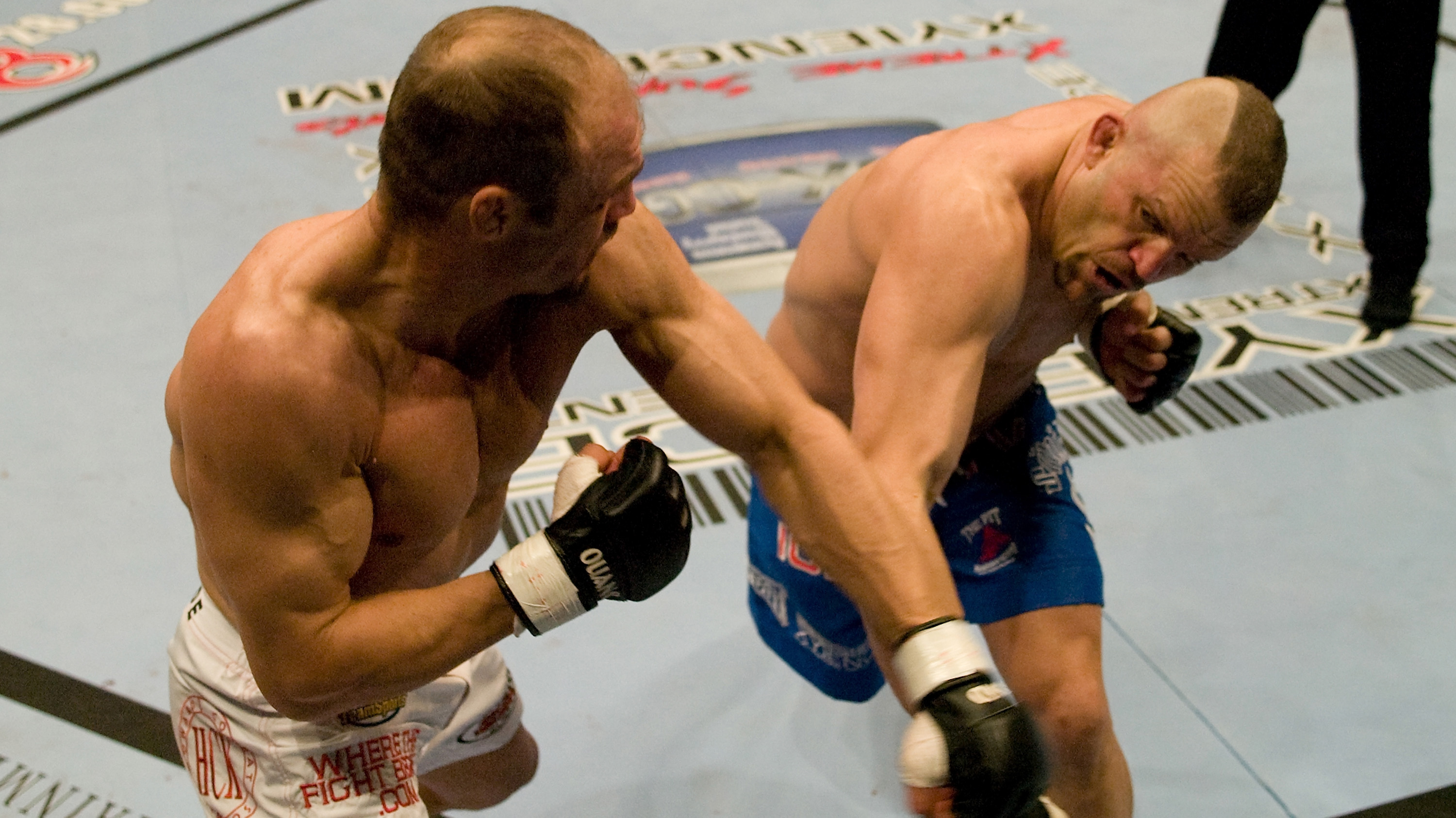 UFC 52 capped off an eight-day stretch that is probably the most important one in the company’s history. On April 9, Forrest Griffin and Stephan Bonnar kicked off the MMA explosion with their TUF 1 Finale bout, which was one of the greatest of all-time. But it may have been surpassed on April 16 by the rematch between Matt Hughes and Frank Trigg, a bout so good it earned its own place in the UFC Hall of Fame last year. And let’s not forget the UFC 52 main event, which kicked off the Ice Age in the UFC, as Chuck Liddell knocked out Randy Couture in their highly-anticipated rematch. History was made in Las Vegas that night, and everyone knew it.

Zuffa went all in for the historic UFC 100 event, and it showed, not just on paper, but on fight night. There were so many different storylines heading into the card, from Brock Lesnar meeting Frank Mir a second time, to the rivalry between Dan Henderson and Michael Bisping and the continued dominance of Georges St-Pierre as he prepared to face Thiago Alves. And while all those fights delivered, there was even more, with the Fight of the Night award going to Yoshihiro Akiyama’s win over Alan Belcher, Mark Coleman turning the clock back once more to defeat Stephan Bonnar, and a lanky kid from upstate New York, Jon Jones, continuing to dazzle in the Octagon. 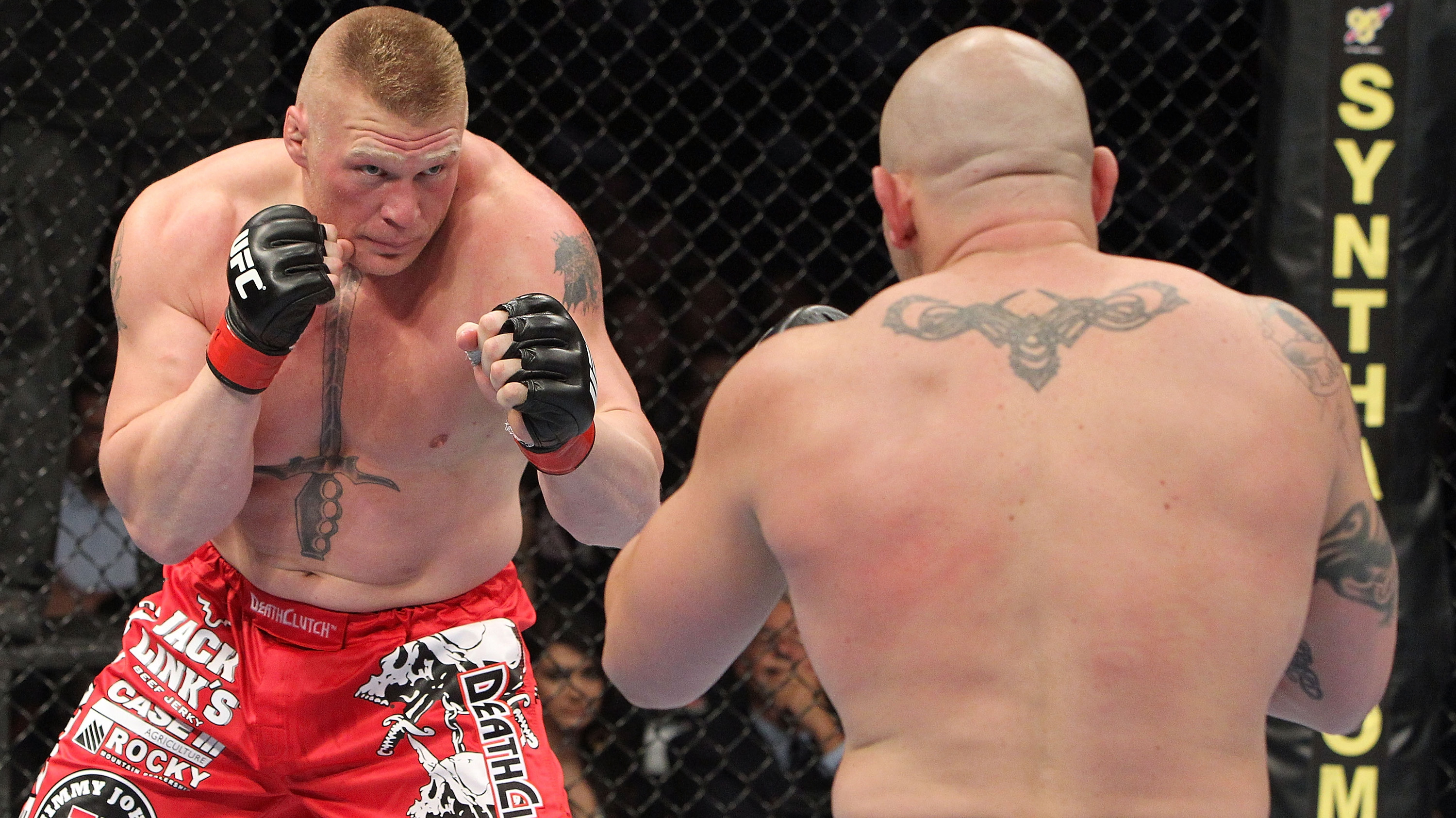 If I was forced to choose just one UFC event as the greatest of all-time, this is the one and I don’t even hesitate in picking it. It didn’t start out too well, as Jon Madsen won a snoozer over Karlos Vemola, but beginning with Gerald Harris’ third-round slam KO over David Branch, things started heating up and they didn’t stop until Brock Lesnar made a miraculous comeback and submitted Shane Carwin at 2:19 of the second round. In between, Chris Lytle pulled off one of the top submissions of the year when he finished Matt Brown, and three fights (Chris Leben-Yoshihiro Akiyama, Stephan Bonnar-Krzysztof Soszynski, and Ricardo Romero-Seth Petruzelli) all could have made Fight of the Year lists and no one would have complained. This was a special night at the MGM Grand Garden Arena. 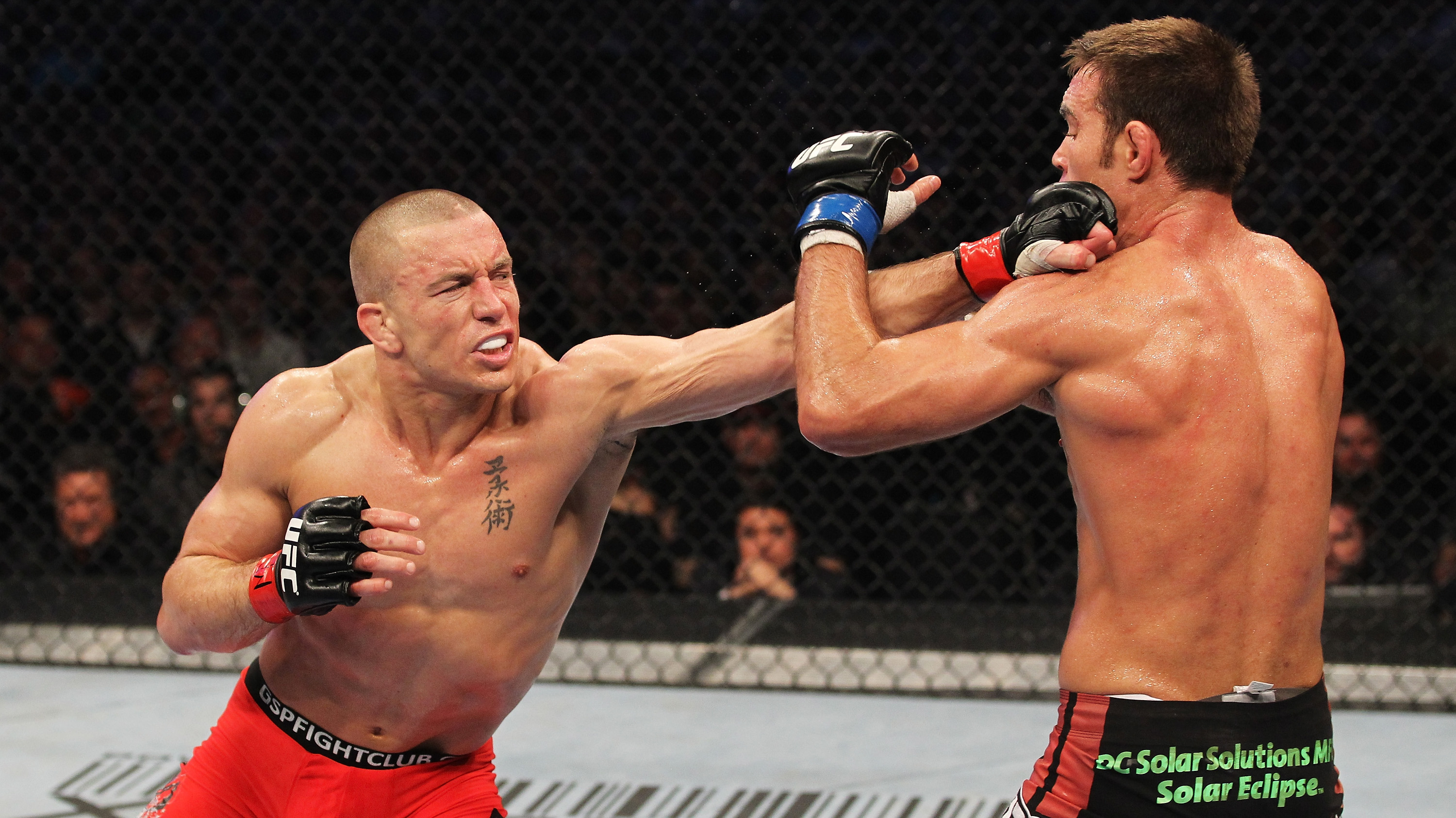 UFC 129 was the promotion’s first stadium show, making it a historic event, but for those who were lucky enough to be on the floor at Toronto’s Rogers Centre that night, the best way to describe it was that when you looked up, it appeared that the seats just kept going into the sky. It was something you’ll never forget, and the fights weren’t too bad either. In the main event, Canada’s Georges St-Pierre picked up another win by beating Jake Shields, but Jose Aldo-Mark Hominick was a memorable scrap, Lyoto Machida sent Randy Couture into retirement with a jumping front kick, Rory MacDonald outmuscled Nate Diaz, and John Makdessi knocked out Kyle Watson with one of the best spinning backfists you’ll ever see.

There are events more historically significant than this one, which didn’t have a title fight on it, but how could you not love a show that saw each one of the 11 fights scheduled end in a knockout or submission? This one was fun to watch from start to finish, and it was an event all events should aspire to. 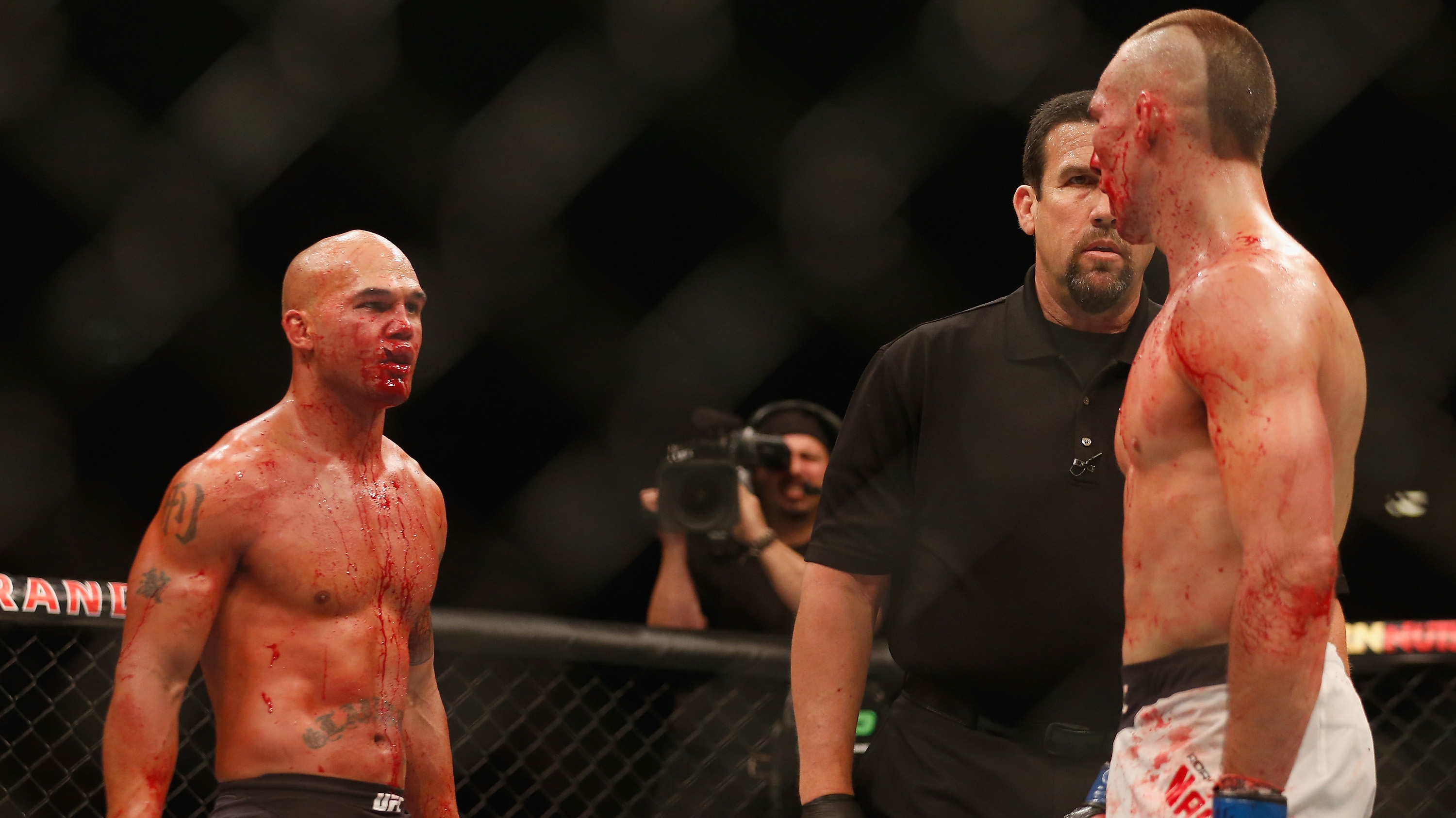 Stacked with action fights from top to bottom, UFC 189 was going to be a can’t miss even if the original main event between Conor McGregor and Jose Aldo got scrapped due to injury. McGregor still thrilled the crowd with his win over Chad Mendes, Jeremy Stephens upset Dennis Bermudez in a punishing bout, and Thomas Almeida and Gunnar Nelson made statements with their finishes of Brad Pickett and Brandon Thatch, respectively. But the enduring memory of UFC 189 will always be Robbie Lawler and Rory MacDonald staring each other down after the fourth round of their classic welterweight title fight, just before Lawler closed the show in the fifth. It was one of the best championship bouts ever, and could have earned a spot here if it was the only fight on the card. 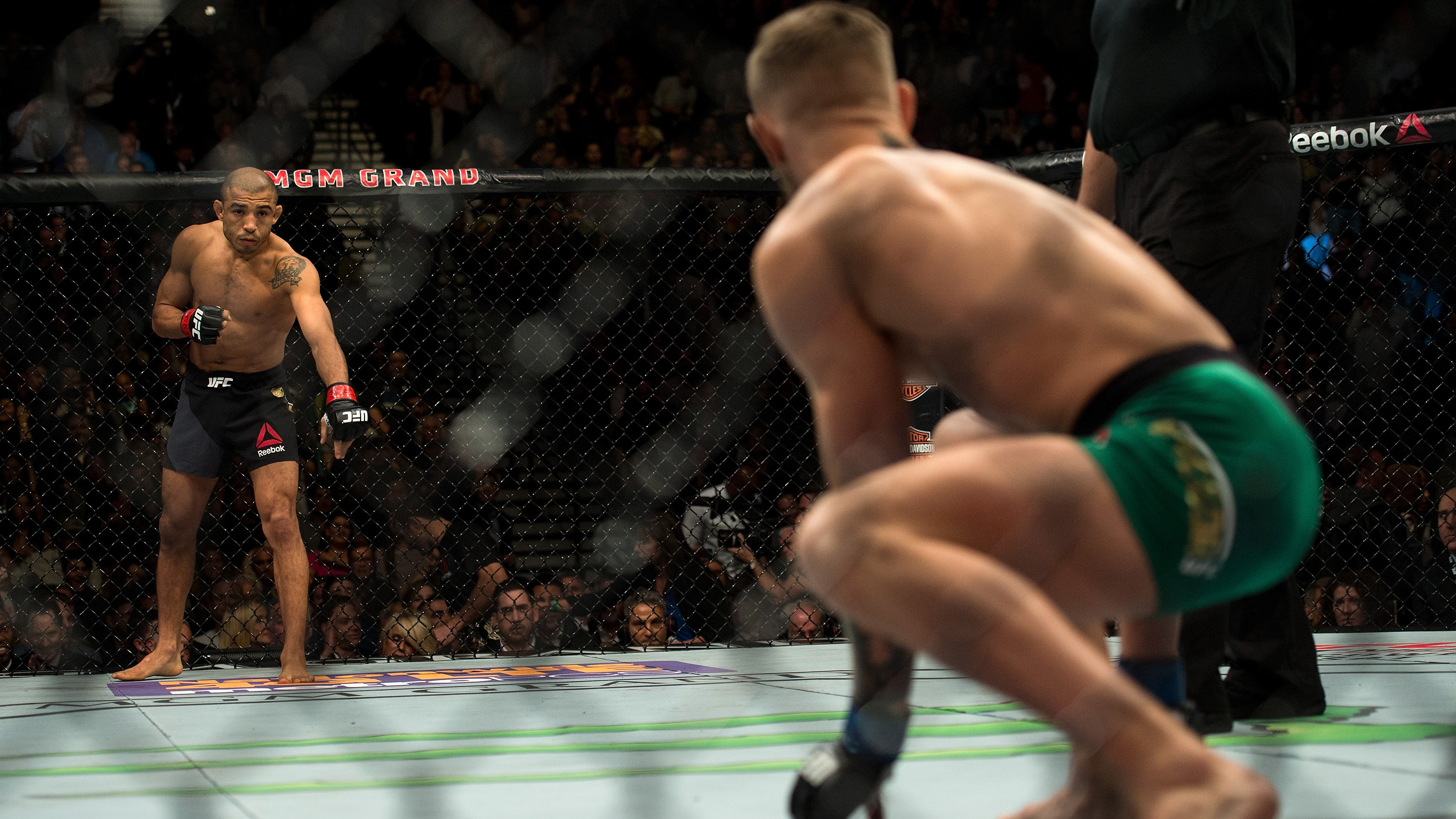 Mr. McGregor finally got his date with Jose Aldo at UFC 194, but the “Notorious” one didn’t stick around long, knocking Aldo out in 13 seconds. That caused the crowd at the MGM Grand Garden Arena to erupt, which was a great feat considering all the great action they saw before the main event. Let’s see, a middleweight title changing hands when Luke Rockhold beat Chris Weidman, a clash of 185-pound stars between Yoel Romero and Jacare Souza, a meeting of grappling wizards Demian Maia and Gunnar Nelson, and a host of veteran contenders and rising stars like Urijah Faber, Max Holloway and Warlley Alves. UFC 194 was only December 12, but this was a heck of a Christmas present.