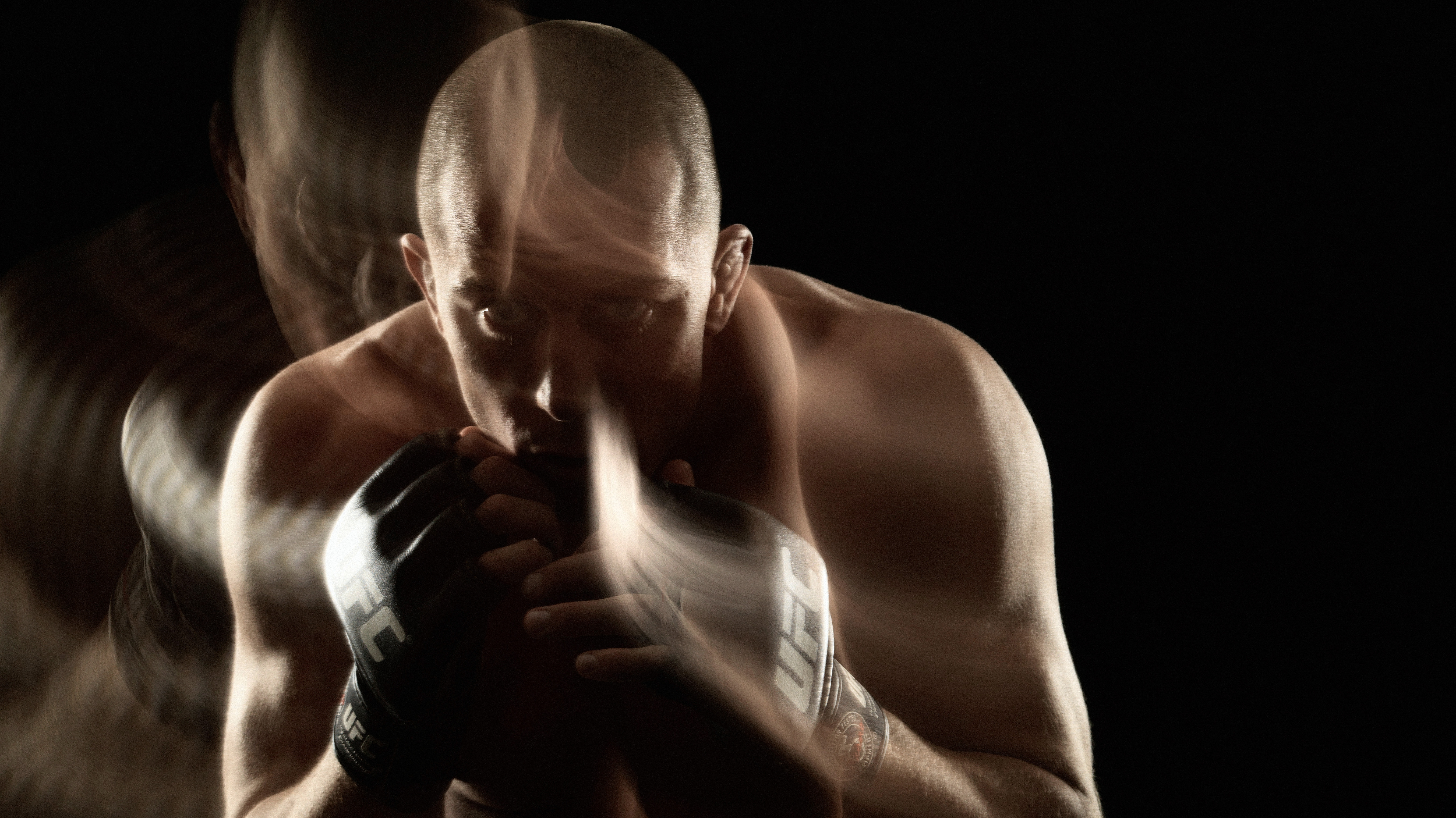 Some of my early thoughts on Georges St-Pierre still ring true today.

“It’s easy to be jealous of Georges St-Pierre. In a land full of smashed noses, scar tissue, and missing teeth, he’s old Hollywood in style and appearance. His effortless grace also translates to his day job, where he’s seemingly the one who always gets things right the first time, with his repeated drilling only to benefit muscle memory, not the search for a perfection in execution he’s apparently reached already.

That’s why your girlfriend or wife, who can’t recall any fighters not named Chuck Liddell, knows who St-Pierre is; it’s why your nephews, who haven’t been up to speed on fighting since Mike Tyson was wrecking the heavyweight division, will throw out a sidekick and blurt “GSP baby;” and why 22,000 people will be packing the Bell Centre in Montreal for St-Pierre’s challenge of UFC welterweight champion Matt Serra this Saturday.

He’s who you wanted to be when you were a kid and thought it would be cool to be a professional prizefighter. You didn’t want to be the one buried on the undercard, grinding out decisions; you wanted to be the guy with the fantastic finishes in the main event, the guy who got the girl when it was all over.”

That was 2008. Eight years (is it really eight years?) later, St-Pierre may still be on his hiatus from the Octagon, but despite having nine fights against the elite of the welterweight division after regaining his title from Serra at UFC 83, he still looks like he’s never been in a fight. And yeah, your girlfriend still swoons over him, and most fans want nothing more than to see him with gloves on once more.

Will he return? That depends on what the rumor of the day is. In the meantime, the fighting pride of Montreal remains the patron saint of MMA in Canada. He isn’t hiding from his public, isn’t refusing comment on the sport he dominated for so many years. He’s lying in wait, a step ahead as always, just like he was in the Octagon. 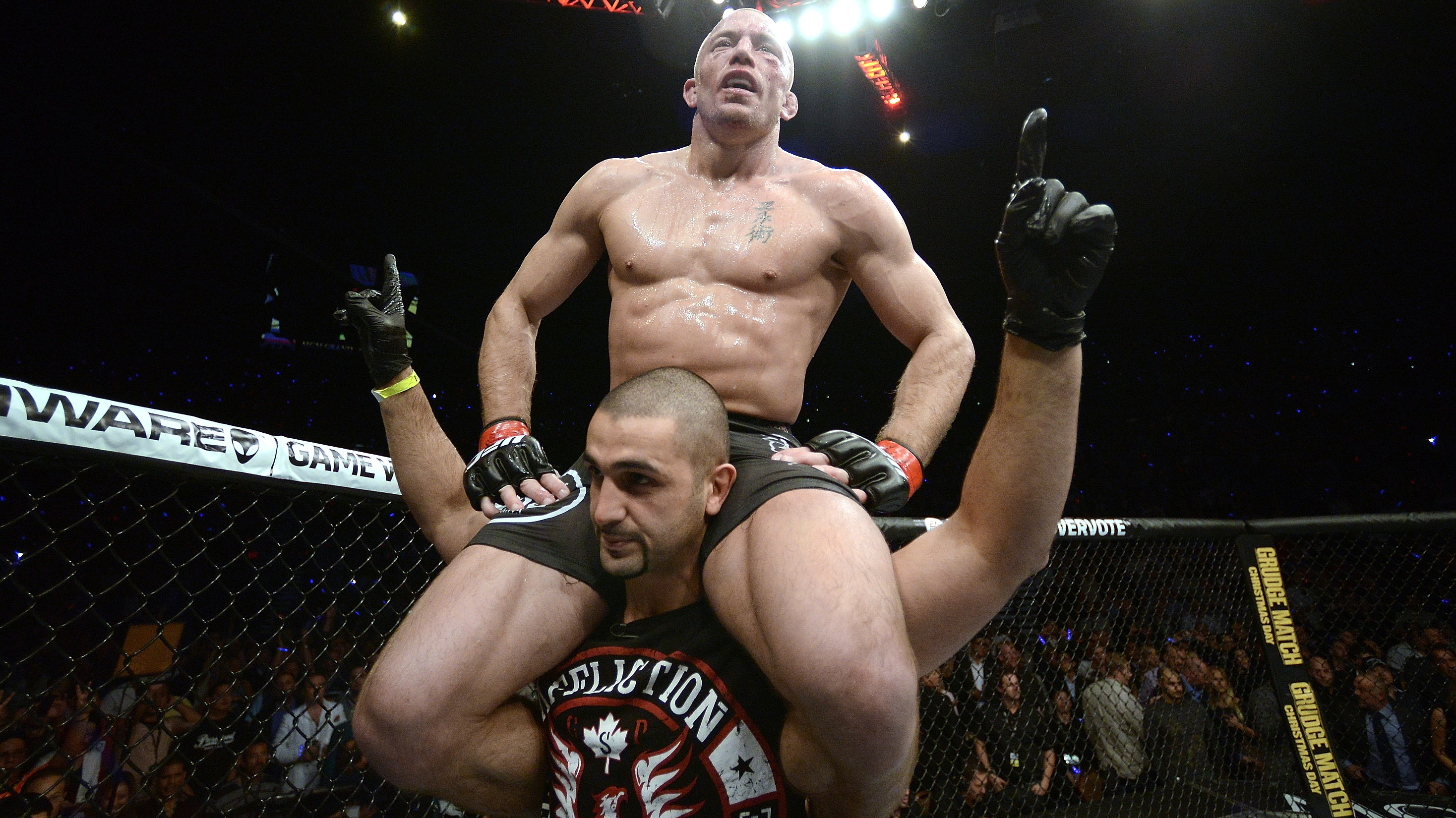 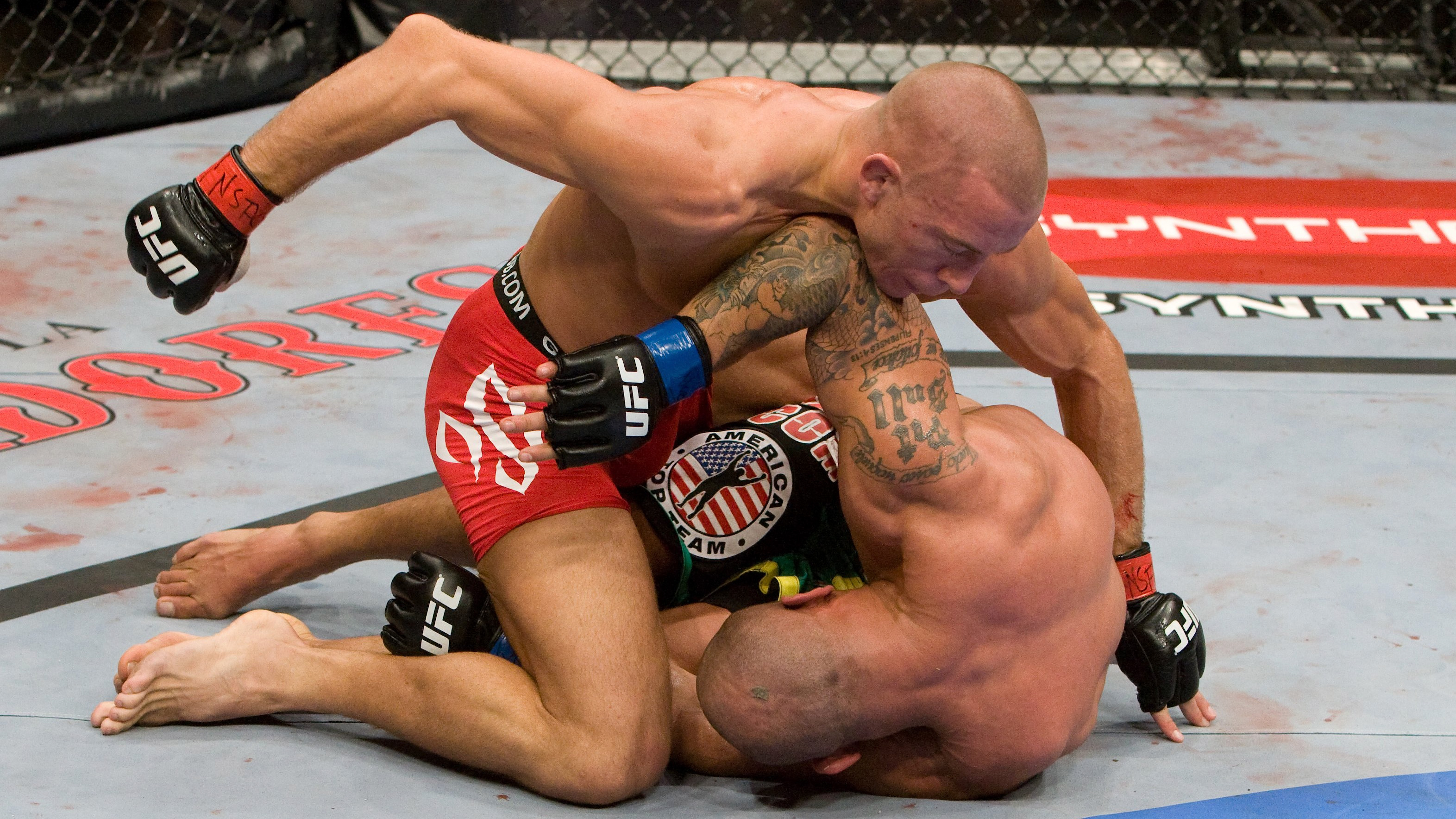 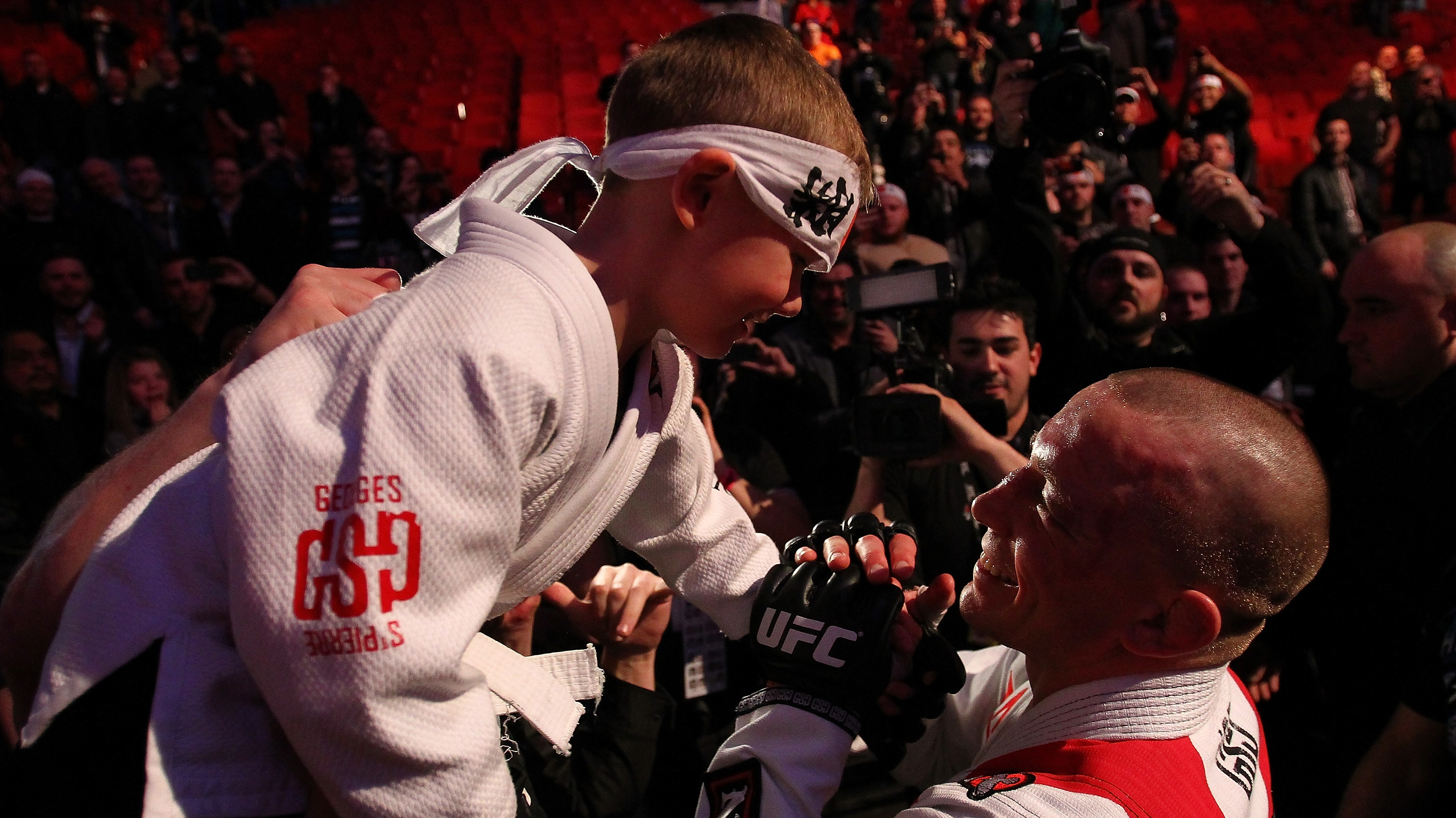 For St-Pierre, now 35, fighting wasn’t about the blood or the brawl. It was a cerebral exercise, and few did it better. If you wanted to bang it out, he took you to the canvas. If you wanted to go to the mat, he jabbed you until you were black and blue. If Plan A wasn’t working, he had Plans B and C in his back pocket, ready to go if necessary. If that didn’t produce fireworks all the time, so be it, but when it was over, you could always appreciate what he brought to the Octagon.

Think about it. During his second reign as champion, he virtually cleaned out the division. And it wasn’t like a modern heavyweight boxer beating a selection of fringe contenders. The names St-Pierre vanquished were some of the best of this era. Fitch, Penn, Alves, Hardy, Koscheck, Shields, Condit, Diaz, Hendricks.

Carlos Condit dropped him hard. Johny Hendricks nearly beat him by decision. Nick Diaz was Nick Diaz. But other than that, St-Pierre was rarely tested for over five and a half years. In team sports, that’s called a dynasty. In combat sports, we call those folks great. Georges St-Pierre was a great fighter, and it had little to do with his technique or athleticism.

“There is something to have the skill, but I think you have to have more because skill is not enough,” he told me before the Serra rematch. “You need to be ready to sacrifice. I think that’s what helped me – I was very skilled and athletic, but I’m also ready to make the sacrifices that it takes to reach the top.”

He reached the top and he performed an even greater feat by staying there. Could he do it again? The division looks a lot different than it did after he took his hiatus in late-2013 after the Hendricks fight. A weight class nearly cleaned out is stronger than it’s ever been, with Robbie Lawler at the top and a host of killers like Rory MacDonald, Stephen Thompson, Tyron Woodley, Demian Maia, Neil Magny and Matt Brown right behind him. And let’s not forget old GSP foes Condit and Diaz, and why not throw Nate Diaz and Conor McGregor into the mix as well.

It’s an intriguing idea, one where St-Pierre either regains past glories or watches his long winning streak get decimated after nearly three years away from the game. What will he do? When will he decide?

Only time will tell, but knowing GSP, when he makes that choice, it will probably be the right one. That’s just what he does. 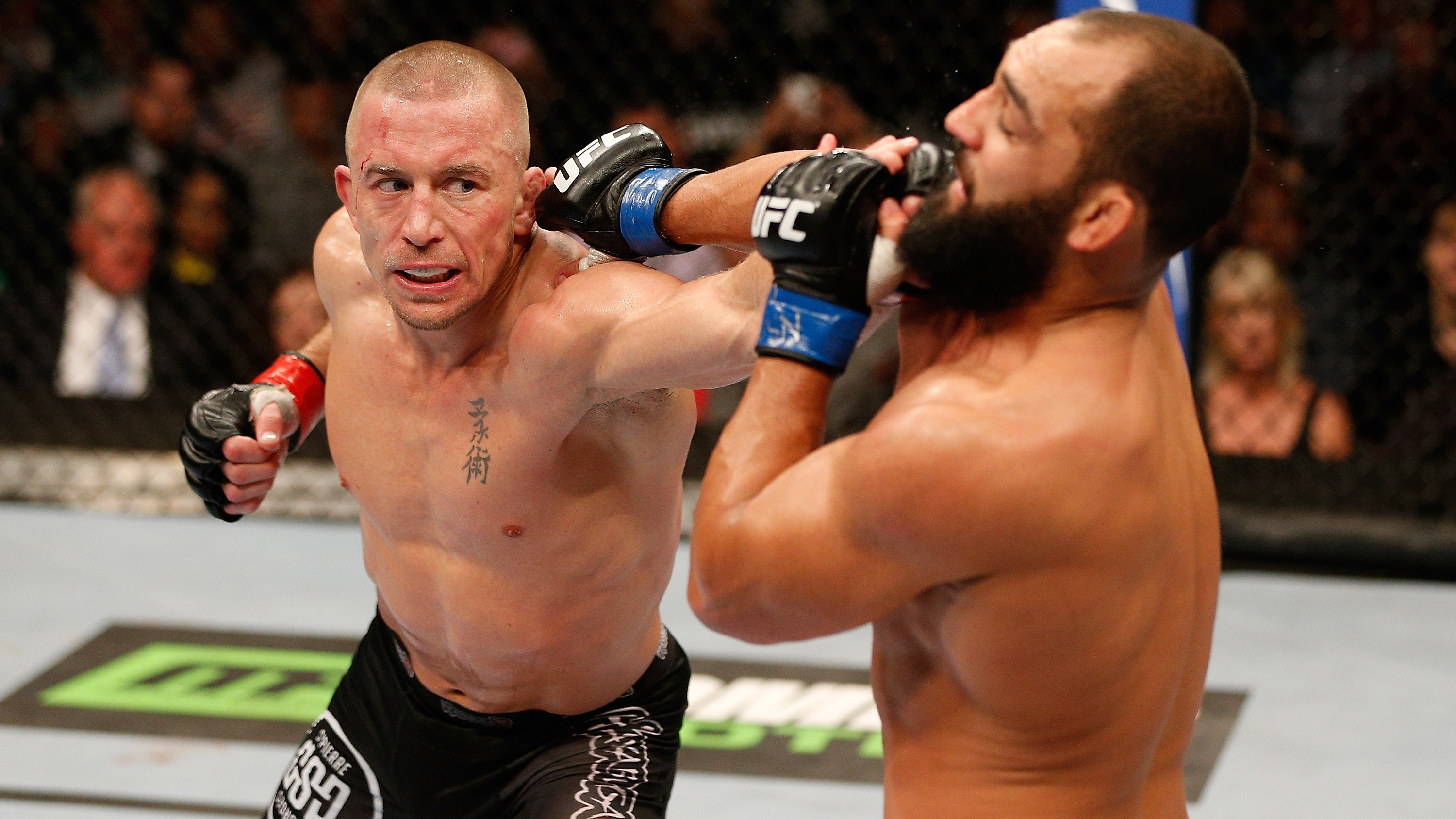 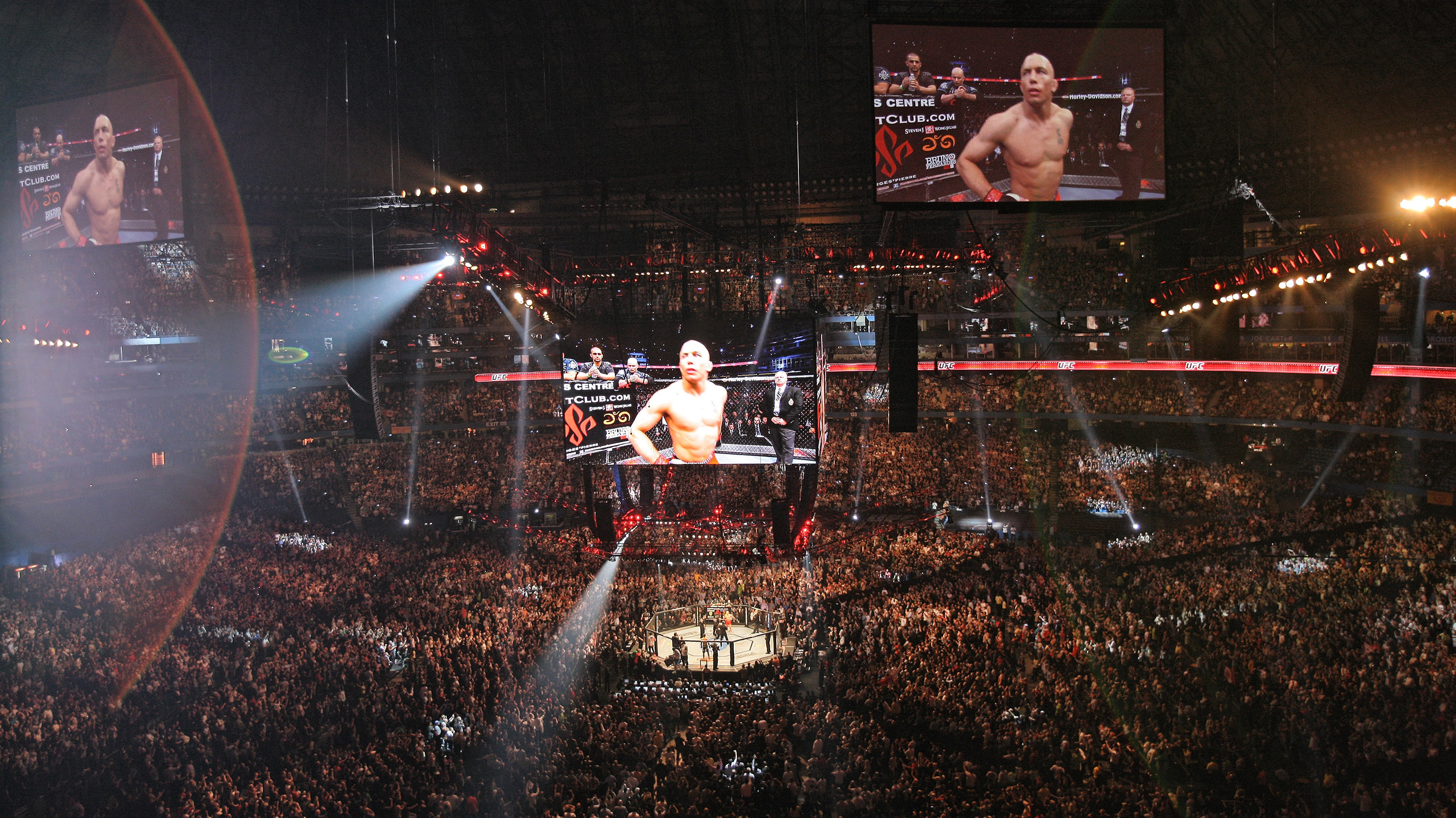 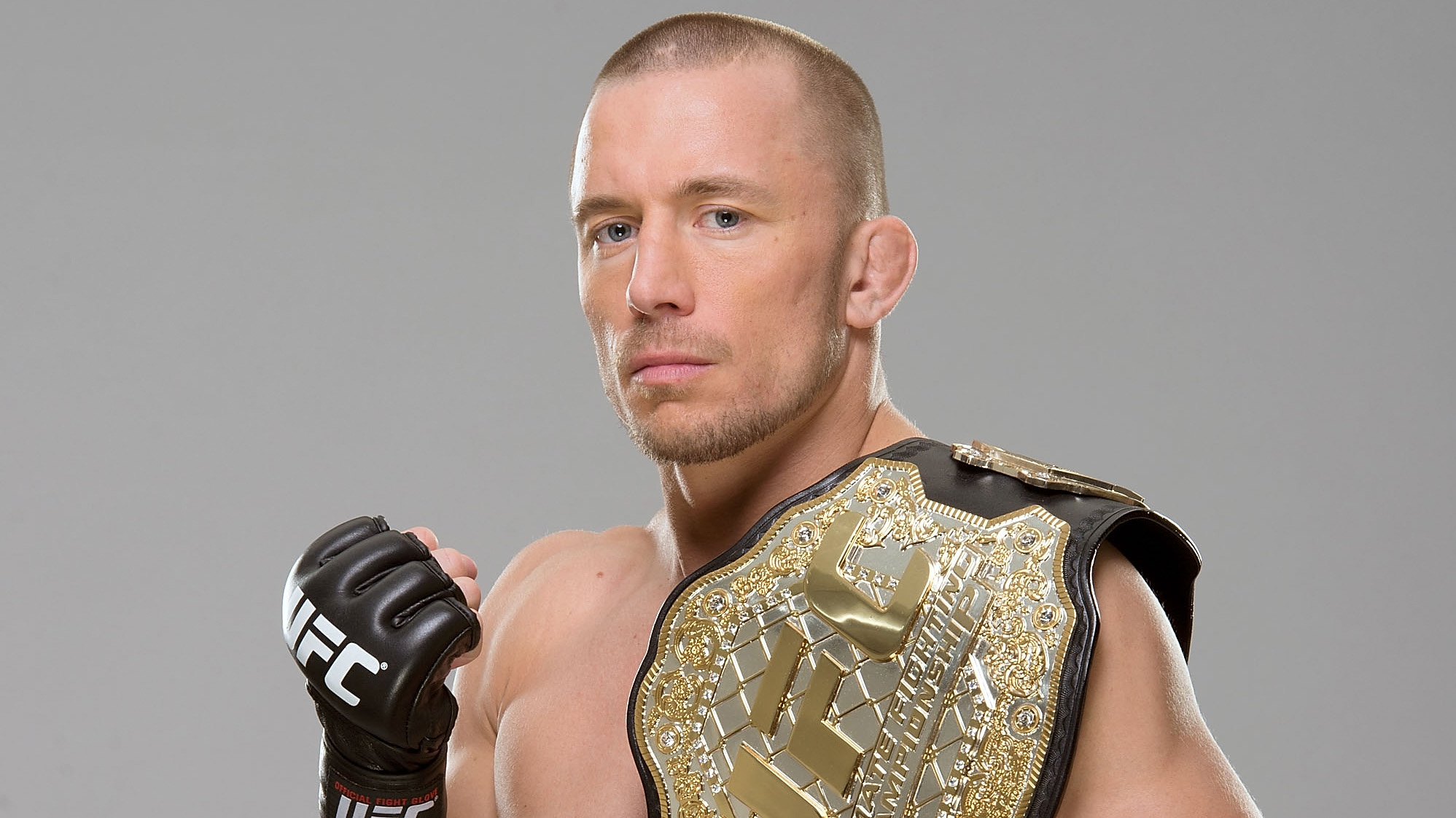